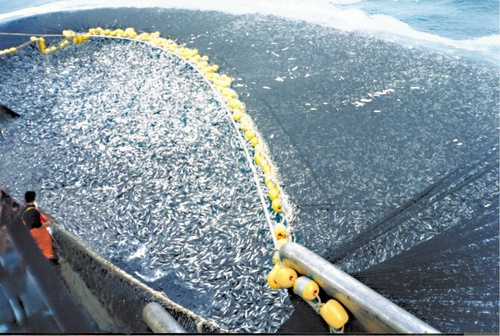 As the World Trade Organization 10th Ministerial Conference to be held in Nairobi next week approaches, it is as well to think about some of the issues in play, especially those of particular importance to Africa. One such issue, perhaps not commonly perceived as relevant to the WTO, is the increasingly parlous state of the global fish economy. Fish are the most traded food commodity in the world, registering transactions worth over $130 billion every year.

They are a vital source of income. More than 800 million people - or over 10 per cent of the world's population - derive a livelihood from the sector.

Looked at through a developmental lens, the fish economy also plays an important role as a source of nutrition. Fish are sometimes referred to as "rich food for poor people" - a testament to their high protein and micronutrient content.

In natural resource economics, commodities like fish are rather colorfully referred to as fugitive. Fugitive resources are those that nobody can quite claim as their own. Even if nations can exert enforceable rights over their territorial waters, they cannot herd fugitive fish.

This results in indistinct property rights and leads to distorted incentives that are playing havoc with the sustainability of fish resources.

Two core problems have emerged. The first is that governments who can afford to do so lavish subsidies on their fisheries sectors. This leads to overcapacity and overfishing. Experts estimate that some 60 per cent of existing stocks are overexploited. That means they risk depletion and eventual extinction.

The second problem has come to be referred to as illegal, unreported and unregulated (IUU) fishing. This blight hits poor countries that lack effective means to protect their seas (in some cases fresh waters) and the livelihoods that depend on them.

Fishing of the IUU variety is corrosive on multiple levels - social, economic, environmental and political. It has been estimated to account for up to a third of catches globally. Both excessive subsidization and IUU represent threats to sustainability and fishing economies as never before. This is where counter-action by the WTO should come in. Fishing subsidies, including to IUU activities, are an integral element of the Doha Round multilateral trade negotiations launched in 2001.

Those negotiations have been pushed by WTO members with significant actual or potential fishing economies. A proposal for consideration at Nairobi has been tabled by the African, Caribbean and Pacific (ACP) states and Peru. The authorship of the proposal speaks to clearly perceived national interests.

It calls for a prohibition of subsidies conferred on fishing vessels engaged in IUU fishing or the extraction of fish whose stocks are suffering from overfishing. The prohibition would be accompanied by important transparency obligations to ensure enforceability.

Opposition to these proposals typically emanates from countries that have built up large fishing fleets that wander far and wide, sometimes legally and sometimes not. There is an irony to this opposition, born of the short-termism driven so often by an obsession with electoral cycles. In reality, the big fishing nations will take hits both as producers and consumers if they are allowed to run fish stocks down below recovery levels, as they likely will on the present trajectory. And everyone else will also take hits, especially the poorer nations with less capacity to defend their interests and to adjust as the fishing economy shrinks.

The WTO is pivotal in preventing such a calamity, along with the United Nations Food and Agriculture Organization and the Regional Fishing Commissions. The fugitive character of the threatened resource and the nature of the policy instrument - subsidization - make it very difficult to address the problem regionally or preferentially. The challenge is global in nature and places the WTO at the centre of the action.

The WTO could also be instrumental in improving aspects of trade administration to control IUU fishing. Measures such as proper trade documentation, certification, traceability and adequate transshipment regulations are crucial to shedding light upon and controlling the fishing shadow economy.

If the WTO rises to the occasion, development opportunities take on a new lease of life. These would require infrastructure investment, including the establishment of cold chains. Some 30 per cent of the global catch is lost to post-harvest disposal. In addition, fishing communities would need to learn more about sustainable approaches to resource management.

Let us hope that the WTO meeting in Nairobi can lead the way in building durable solutions to an impending man-made catastrophe.

Amina Mohamed is Kenya's Cabinet Secretary for Foreign Affairs and International Trade and the Chair of the WTO's Tenth Ministerial Conference.