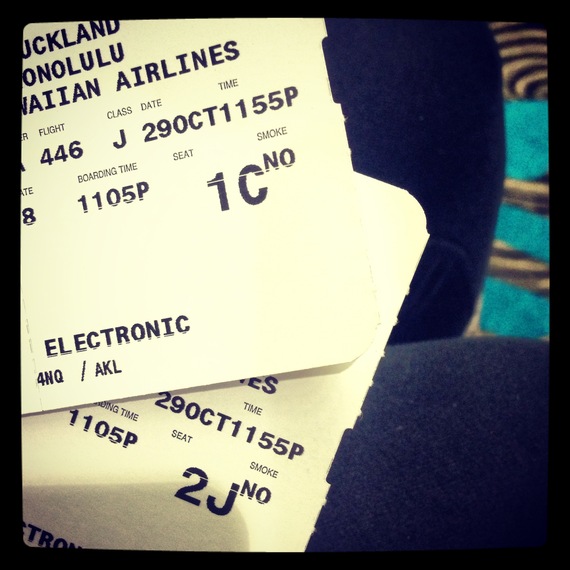 As a flight attendant, it is part of my job to tell people to sit down, fasten their seat belts, and bring their seat back to an upright position. When the response to these requests turns into an argument, or I am greeted by an eye roll, what I want to say is that as much as you don't like to listen, I equally dislike telling you what to do. Regardless, it is my duty to maintain a safe environment on the aircraft, and so, I must enforce the rules.

There are dangers to not listening to the flight attendant; dangers to your safety, and the safety of other passengers as well as the crew. Some act as if the only reason a flight attendant enforces the rules is due to a need to feel superior. This is not the case. From turning phones over instead of off, to complying only until the Flight Attendant's back is turned, passengers find a myriad of ways to sometimes unintentionally disrespect the crew, and maybe even unknowingly increase the risk of an unsuccessful evacuation in the very small chance that an emergency could occur.

The flight crew must be able to evacuate an aircraft within 90 seconds or less, so a passenger's ability to listen, and follow directions is actually much more important than most understand. As safety officers, flight attendants have reasons for enforcing the rules. Airline incidences are real, as one will note by the tragic events that have occurred over the last few months. The rules that airlines implement, and flight attendants enforce are an attempt to prevent and minimize disaster, as well as maximize the chance of survival.

Let's take a look at some of the simple, easy to follow rules that you are asked to comply with when flying, and why listening to these rules matters.

Seat Belt Sign: Recently, four former colleagues of mine were working a flight when they experienced severe turbulence. A close friend was taken to the hospital, and a few passengers were injured. One of the passengers that was not buckled in suffered a neck injury. It was sudden and unexpected. This is why, as cabin attendants, we tell passengers when the seatbelt sign is on, to buckle up, and remain seated. I would hope that when traveling by car, one doesn't unbuckle his or her belt simply because the situation appears calm. The same is the case when traveling by plane. Some turbulence experienced cannot be foreseen, so please pay attention when the seatbelt sign is on, and when it is off. Please stay buckled.

Sitting during Taxi, Take Off, and Landing: Even during taxi, there is a chance that an accident could occur. Airports are busy places. Taxiways can be confusing even for a seasoned airline Captain. The pilots may have to make an abrupt stop, or a sharp turn. Like cars, airliners can have 'parking lot crashes' also. Wait until the seatbelt sign is turned off, and the plane is parked safely at the gate to unbuckle your belt, stand-up, and retrieve your luggage.

Removing Headphones During Certain Phases Of Flight: Many carriers still request that passengers turn off electronic devices during certain phases of flight, and also remove headphones from their ears. This is because most accidents occur during the initial phases of flight, or right before landing. It is important for travelers to be cognizant of what is happening at the moment, with an ability to quickly hear instructions. Accidents are usually unexpected, and being able to hear a flight attendant's verbal commands during the most critical phases of flight is important.

Bags Stowed: Flight Attendants ask travelers to stow bags during taxi, take-off, and landing, which is done, once again, for safety. During flight, I have been tripped by crutches, handles of purses, backpacks, legs- you name it. If an emergency was to occur no one wants a quick egress to be inhibited by luggage.

Seatbacks Upright: Flight Attendants do not tell you to raise your seatback to make your experience one of discomfort, but instead, we request this to minimize the potential for injury in the event of emergency. When a seat back is upright there is less distance between one seat and the next, which minimizes the velocity that would be incurred upon impact. Once again, with a seat back vertical, the possibility for a quick egress is increased.

I would hope that you already take what the flight attendants say seriously, and that you follow the rules of air travel. Safety is the priority, and flight attendants have been trained to be ready for unexpected situations. It's important that we work together- travelers and crew to make our office in the sky safe and enjoyable for all.