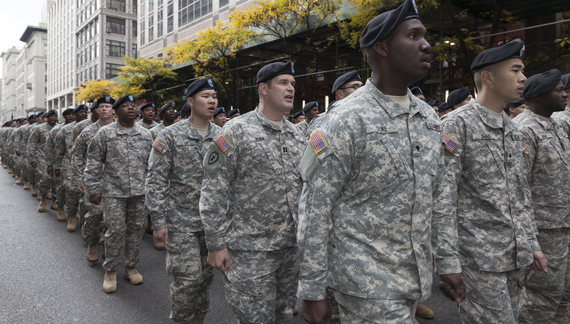 Veterans put themselves at grave risk, for the purpose of protecting their fellow citizens who will never see the front line. Some veterans have given and will give their lives, a solemn fact that we recently honored on Memorial Day.

Veterans who survive the battlefield often wish to pursue higher education after they return home. In recent years, for-profit colleges and universities (such as the University of Phoenix) have heavily recruited veterans to become students. These institutions have a vested financial interest in doing so. Any veteran who receives an offer to attend a for-profit college should carefully consider whether this is in their best interest.

The 90/10 Rule: A Tale of Loopholes and Perverse Incentives

This makes sense at first glance. Unfortunately, the 90/10 rule has a major loophole that affects veterans. Veterans are entitled to unique sources of federal student aid, such as the New GI Bill, as thanks for their service. However, these benefits are counted toward the 10 percent that is supposed to be the private portion of a for-profit college's income. This happens even though these benefits come from federal dollars.

This loophole allows for-profit colleges to claim they are in compliance with the 90/10 rule, a legally true statement that is factually false. The for-profit colleges have a perverse incentive to aggressively recruit veterans, as a way to shore up their balance sheets. Although unseemly, this might be tolerable if they delivered learning outcomes comparable to their non-profit counterparts. But this is not the case.

In July 2012, Sen. Tom Harkin (D-Iowa) released a scathing report about the practices of for-profit colleges. Harkin did so as chair of the Senate's Health, Education, Labor and Pensions Committee. The report offered "overwhelming documentation of exorbitant tuition, aggressive recruiting practices, abysmal student outcomes." The Republicans on Harkin's committee challenged these findings, as did the Association of Private Sector Colleges and Universities.

Congressional Responses: A Tale of Stagnation on Capitol Hill

Given this situation, what are our legislators doing to help veterans who pursue higher education? The answer: not much.

To be fair, there are some bills before both the House and Senate, introduced late last year. But they are stalled in congressional committees and seem unlikely to advance in Congress. Remember that Republicans have more positive feelings regarding for-profit colleges than Democrats, as the partisan split to Sen. Harkin's report revealed.

The two bills -- the Protecting Our Students and Taxpayers Act in both the House and Senate -- have identical language. They would change the 90/10 threshold to 85/15, meaning that at least 15 percent of a for-profit college's income would need to come from non-federal funds. (This was actually the threshold until 1998, when 90/10 came into being.) They would also ensure that all federal funds for veterans would be counted within the 85 percent, not the 15 percent. At the moment, these efforts are mired in stagnation on Capitol Hill.

What Veterans Can Do

Since Congressional relief is unlikely in the near term, veterans will need to fend for themselves. Here are some next steps for veterans pondering which college to attend: