Companies with this type of executive show higher returns by more than a third. Why aren't more companies hiring them? 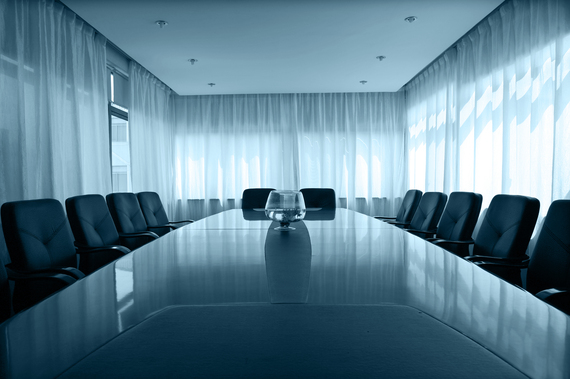 This executive category is not a field of expertise, nor level of experience. Leaders with this impressive impact for shareholders share one common trait: they are female.

It's well documented: Companies that are closer to gender parity in management positions deliver return to shareholders that is 34 percent higher than for companies with the lowest female representation.

To paraphrase Canadian Prime Minister Justin Troudeau, "Why gender parity? Because it's 2016."

And it's also profoundly in the investors' best interest.

Troudeau, who is speaking at this week's annual meeting of the World Economic Forum in Davos, Switzerland, was elected to his current office in the Fall of 2015, and immediately appointed a cabinet of half women and half men.

In private sector corporations, such leadership from the top is still lacking. In fact, the key to achieving these impressive returns starts with a commitment from a company's chairman, CEO and board of directors that sets the tone for the organization. Progress is achievable, but only when the Board of Directors, its CEO and its Chairman lead the way.

For example, look at what has happened this year in the UK: with active engagement of corporate chairmen, the UK surpassed the United States in its corporate board diversity. In 2010, a group of far-sighted corporate leaders launched the 30 percent Club, with a goal of achieving a minimum of 30 percent women on FTSE 100 company boards by year-end 2015. They've achieved a level of 26.1 percent, up from 12.5 percent just five years ago. Comparatively, U.S. boards within the S&P 500 stand at 19.2 percentage for female membership.

What did the UK do differently than the U.S.? Their boards of directors actively supported a measurable goal, and proceeded to advocate for and cultivate a qualified and competitive pool of female candidates. It's notable that shareholders also played an important role in advancing that agenda by making it clear to the boards and their chairmen that the issue of gender parity mattered to their stakeholders.

The macroeconomic case for gender parity

A chairman and board that actively prioritize and sponsor women leaders for executive positions and board memberships will achieve gender diversity more rapidly.

The impact of gender parity goes beyond the individual corporation. A September 2015 McKinsey study suggests that $12 trillion of macroeconomic growth worldwide could be added to the global GDP through the achievement of gender parity ideals. As the McKinsey report states, "The private sector will need to play a more active role in concert with governments and nongovernmental organizations, and companies could benefit both directly and indirectly by taking action."

The urgency for gender parity in the public and private sectors increases as the pace of change increases in the global economy. In the World Economic Forum's 2015 10th Anniversary Global Gender Gap report, Klaus Schwab, Founder and Executive Chairman of the WEF, observes "The current (gender) inequalities risk being exacerbated in the future. The Fourth Industrial Revolution will transform the global economy and society in an unprecedented manner...We must clearly understand the progress thus far, as well as the future outlook, to reap the opportunities and mitigate the challenges."

The role of the corporate chairman

I'm privileged to be chairman of the JLL (NYSE: JLL) board of directors, joined by two other women on the board. I have observed the following ways that corporate chairmen can achieve more gender diversity on their boards and in the C-suite:

When a board seat opens, shortlists are typically formed from a large pool of highly qualified candidates of both genders. Nominating Committee Chairmen can play an active role in advancing gender parity by considering a female-only slate, or actively sponsoring women for the role.

In my experience, women are generally more inclined than men to expect their qualifications, credentials and experience to speak for themselves. A strong background does help bring a candidate to the table--but it's not enough to win the final vote. I've seen many women make it to the shortlist, but then lose the seat to a male candidate more adept at seeking active advocacy while competing for the position.

An active mentorship program can position more female candidates to seek and achieve sponsorship, and ultimately more effectively compete for board seats. By exposing proven, successful women executives to new relationships and a wider pool of leadership styles beyond their specific roles, companies and industries, the mentorship programs organized by the 30 percent Club and others were able to position more women to effectively compete for board seats.

The role of a chairman is to see the big picture and oversee macro-level goals for the organization. By conveying that gender parity is a priority for the board of directors, the chairman sets the stage for the entire company -- and sends a message to women candidates that competing for a board seat or a key executive position will be a gender-blind process.

Acting on shareholders' behalf, nothing sends a stronger message than taking action and voting for qualified women to fill board seats and key executive positions. The trickle-down effects include broad benefits to the organization, from increased profits and innovation, to pay equity, productivity and overall employee engagement.