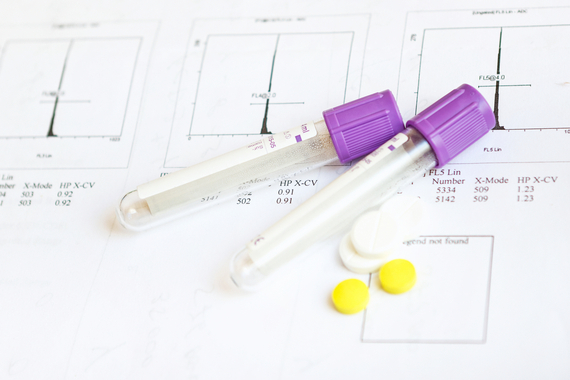 When you get your cholesterol levels after a blood test, you may grumble about the new diet your doctor recommends or the statins you have to take -- but you probably don't wonder whether the levels were wrong. We know clinical lab results are tightly regulated, so we take their accuracy as a given. Assuming the same thing about lab results from a genetic test, however, could be a mistake.

Some medical genetic tests look only for the presence or absence of well-understood gene variants, so lab reports come back simply "positive" or "negative." For more complicated tests, which often scan whole genes or try to find rare or novel variants, the reports are more complex too. Results are returned classifying each genetic variant based on how likely it is to cause disease (in clinical parlance, ranging from "pathogenic" and "likely pathogenic" to "likely benign" and "benign").

Like a cholesterol report, genetic results look official and authoritative. The problem is that for such complex genetic tests, the report delivers an opinion rather than a fact. To be sure, that opinion is a highly educated, highly researched, carefully considered one; but it's an opinion nonetheless. Since more and more of us are receiving such results, it's worth taking a moment to understand how they are determined.

For your average medical test, a tube of blood or urine is shipped off to a clinical lab, which runs it through a series of instruments. At the end of a fairly automated pipeline, the instruments generate a result: the numbers representing your cholesterol or white blood cell count or creatinine. Those numbers go straight to the lab report. There is little human participation in the process, and not coincidentally, little room for error.

A complex genetic test -- that is, one looking for more than just the presence or absence of a single genetic target -- begins much the same way, using a pipeline of impressive technologies thoroughly vetted for accuracy and reproducibility. At the end of this pipeline, however, the results that are generated are not ready to be put on a lab report. There may be hundreds or thousands of genetic variants identified, and no physician or genetic counselor has the expertise to make sense of them all.

This is where the genetic testing process veers off onto a course of its own. At this point, the list of genetic variants will be filtered to remove anything known to be unrelated to the current test, and the rest delivered to highly-trained clinical geneticists tasked with interpreting results. They will look up each variant on Google, concentrating their search to peer-reviewed scientific publications that have mentioned the variant. They'll read various publications, using their experience to figure out whether what's reported in the paper might indicate if this particular variant is likely to cause a disease. They also search various genetic databases and use modeling tools to hypothesize how each variant might affect its owner. Researching any individual variant can take hours.

After all this information is gathered, the geneticist weighs the evidence and categorizes the reported variants on that pathogenic-benign spectrum. Most labs require at least two people to look at the same evidence and agree on the conclusion, but the outcome remains a data interpretation. Given the human element, it's no surprise that studies of this still-nascent field show that labs interpret variants differently. Lab A might tell you your variant is probably benign, while Lab B might say it's possibly pathogenic. That's OK as long as people know that there's benefit to getting a second opinion -- but too many patients assume that a lab report for genetic results is as incontrovertible as a cholesterol report. Ongoing studies of inter-lab variability are expected to report more fully on this situation.

Another thing to keep in mind with any genetic variant interpretation is that each report represents a snapshot in time. A scientific paper published after you get your result, for example of some variant that was classified as likely benign, might provide data that would have, in retrospect, made the clinical geneticist consider your same variant likely to cause disease. You've already got the result, so unless you're tracking scientific literature on your own, you may not find out that the variant is now classified differently, which could possibly suggest different medical treatment recommendations than you received.

Decades from now, when knowledge in this field is more comprehensive, it may be possible to remove the interpretation step completely, since we should be able by then to simply match known variants to a vast database of functional changes. But today, it's important to remember that results of genetic tests are based on medical opinion and the current understanding of genetics -- two things that will change significantly over time. If you know your genetic test was a complex one, and if you're planning major surgery or another big change because of the results, getting a second opinion may be well worth your time.