So I wrote an extremely clever draft(s) of this post saying that I'm a "Ghostaholic," which was a play on the term Ghosting which refers to someone who disappears from our lives and won't tell us why. I wrote how I'm addicted to knowing why, like an alcoholic who can't stop with one drink. Ha, ha isn't that funny.

I did have a very funny analogy in there with a fictional girl named Martha and how we had a fight about a peanut butter and jelly sandwich in my sandbox in Kindergarten. I was trying to show how absurd this idea of worrying about what other people think is, but I was avoiding the real issue.

The New York Times did a story on ghosting recently and said that they got more comments on the story than on any story in recent history. So that made me feel like I'm not alone in how others people's text and email silence drives me to want to eat a bag of potato chips and chase it down with a few spoonfuls of sugar.

In terms of helping to make the medicine go down (along with the potato chips), there's a photo I have been haunted by my entire life. I hesitate to tell you what it is, because for the past five years, I've been studying Law of Attraction and been working in therapy to release all of this old stuff that comes up in terms of the rough childhood I had.

It has been made clear to me the more I emotionally stay attached to sad feelings as a kid, the more I'll attract that into my life. Telling a new story is the term thrown around, and it's a good term. For years I didn't believe it, but I can't refute the changes.

So I'm going to tell you about this photo as it relates to ghosting, but I want you to know I'm not doing this to bring any of us down. I'm really not. There's gold here, I can feel it.

It's a black and white photo. I'm young, no more than 4. I'm sitting at the base of a tree and the person taking the photo is taking it from far away. Probably my father. He loved to document my life in photographs. Because of him I can literally trace the growth of my entire childhood in pictures. He had a great eye.

I'm sitting at the base of a huge tree at a park. I grew up in the Pacific Northwest so soaring trees were the norm. And I'm sitting there and I've got this potato chip in-between my tiny hands and I'm looking off at a group of kids playing in the distance and I look concerned and a tad annoyed. Now I see it as the familiar uncomfortable, clashing feeling of wanting to belong but not feeling I deserved to belong.

As I write this I want to cry, but I'm trying transcend that. I really am.

Now, if I were this entirely confident and evolved person, I'd care not a stitch what anyone thought of me. If I were in my own skin, the fact that some people say over and over that they'll reach out to me, and yet never do, wouldn't cause me not to lose a second of sleep, but on rare occasions, it does.

From a Law of Attraction standpoint, I need to first feel confident and aware and deserving, and then say over and over, I am confident, I am learning to be more aware and I am deserving. I know I sound a little like one of my heroes, Stuart Smalley, yet brilliant satire aside, that feeling/thinking place is where transformation can occur, even if it does make me laugh sometimes.

The rub is that kid at the base of the tree. The focus on how I felt then. That little kid with the tiny feet and the little hands and the love of all things barbecue in his potato chips.

I have to say ghosting is becoming less and less prevalent in my life. It's mostly the kind of behavior from friends in my past who, when they pop up (and only after I've initiated a text/email), write back Oh, I'll call you or It's me, not you or I'm sorry, I'm just so busy. I've asked almost all of them if there's a reason they can't commit to a coffee or a chat. I get mostly silence in return. Rarely an honest answer. But see, I know it doesn't matter. I only make it matter. That's the craziness.

My sister tells me it's because I'm asking them to be honest and they don't want to be. Certain friends serve certain purposes. To which I say to myself, Why do I give a crap? It's just...them. Let it go. Now where can I find a healthy bag of barbecue potato chips?

I care because I want to connect, but I'm looking to connect with the people who don't want to connect. I chose wrong in the past. I'm choosing better in the present because I know how I really feel around certain people. That's a very, very good thing (as another Martha once said).

In the Law of Attraction world I pulled them in because I felt I deserved flaky friends because I used to be flaky. And yes, that's true. Years ago I was unaware. I was hurtful, and yet, like all of us, I was doing the best I could. But that was long, long ago. And this idea in some circles of Buddhism that a 'seed' planted years ago will 'sprout' into a tree that will bite me in the ass? I don't see evidence of that. I see it differently and karma is not what I thought it once was.

My shrink said to me, They came into your life for a reason. They fulfilled that reason and now they're gone. Done and done. He slapped his hands together like a baker making pizza pie and stared at me after he said that. He's tiny and tough and from Brooklyn. I love him very much because he coddles me to a point then tells me when to toughen up and simply stop. 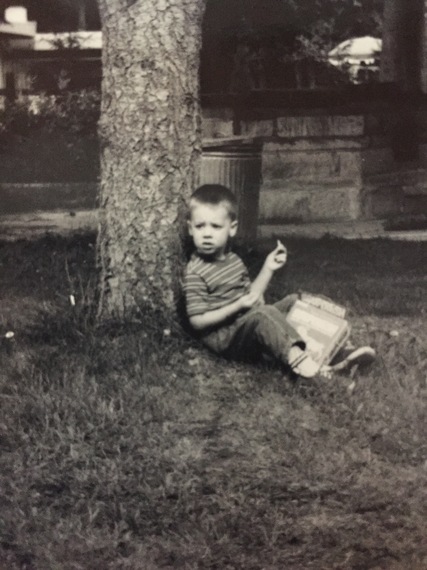 Michael C. Bryan
Actor, Writer, Coach, Man With A Past