Giving is the fourth pillar of Arianna Huffington's Third Metric. It provides numerous advantages in terms of health and well being. For U. S. citizens, it also provides significant fiscal advantages for individuals - including those who are nearing retirement. CNBC's Senior Personal Finance Correspondent, Sharon Epperson, recently granted me an in-depth podcast interview about the practical, financial aspects of philanthropic giving, as well as her personal, heartfelt view on the topic. In this part of the interview, she discusses how you can maximize the impact that your charitable donations have for you as well as the causes you want to support. 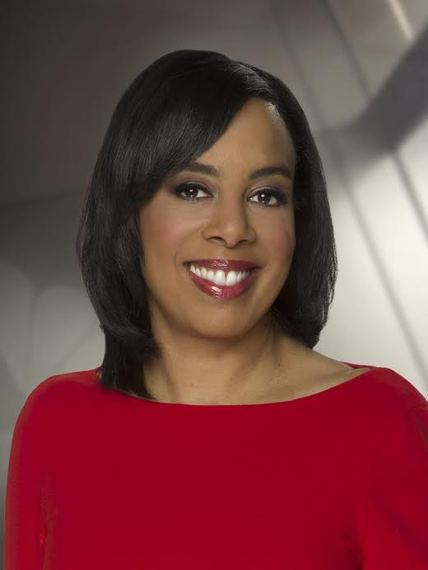 MYW: On CNBC, you cover many facets of how people manage and grow and protect their money. In one of your "Retire Well" videos, you talk about donating to philanthropic organizations as a means of minimizing your tax burden. Tell us a little about that.

SE: Donating to an organization that is "doing good" should be the real motivation in giving money to charity. But in the U. S., there is a financial component to this as well because you can get a tax deduction for your contribution. And many people think about this, especially as they're approaching retirement.

In addition to cash, pre-retirees may have appreciated assets such as stocks and mutual funds that have done well over the years. Donating either or both can be a great way to get a write-off on your taxes for your charitable contribution.

MYW: And you can actually donate stocks?

SE: Yes, you can. The benefit of doing so is that you eliminate the capital gains tax that you would pay on this gift for the long-term appreciated asset. Bonds also can be donated.

MYW: I don't know that a lot of people understand that. This is a very important thing to note.

SE: It is especially important because as you accumulate wealth and as you are approaching retirement, you also want to think about "How can I make sure that I don't have as severe a tax hit, especially when I'm not necessarily going to be generating the same amount of income in retirement?" The tax impact is something that pre-retirees and retirees should think about very, very carefully because it's going to have a major impact on your lifestyle in retirement.

MYW: Okay, let me digest that for a second. So, when we retire, normally we have a lower tax bracket, right?

SE: Yes, generally speaking, you could be in a lower tax bracket upon retirement. This often depends on where you're living. I think that's one thing that people sometimes think about and may be a reason why some people choose to move somewhere where the cost of living is a bit less and where perhaps the tax impact is a bit less.

MYW: Okay, so this is the viewpoint that we need to have in mind when we're looking at making this donation to "Retire Well."

MYW: Understood. But obviously donating to charities is not something that we should postpone until we're almost ready to retire or are actually in retirement; we can also donate while we're still actively working. How can individuals ensure that their donations are well placed and that money is actually going to where we think it's going?

SE: This is one of the scary parts of philanthropic giving. You hate to think about donating to charity as something that can be scary, but you don't want to give your money to an organization that's going to turn out to be a scam. You want to determine how your donation is going to be used; how the organization that you select is actually going to put your money to work.

There are three places that have a lot of such information about charities. One is called GuideStar, another is Charity Navigator, and the third one is called CharityWatch. These are Web sites that will give you background on the organization's financials and break down their books to tell you how much money they spend on administrative costs versus programming. You want to make sure that the charity spends at least 75% of its budget on programs. More would be better, but 75% is a good number. And then you want to make sure that administrative costs and fundraising don't add up to any more than 25% or so.

So, you don't want the CEO salary of the organization to be more than they're spending on the budgeting on programs.

CharityWatch is an organization that's been around quite a long time - they do a really good, deep dive into the organization and its fundraising and accounting. They actually tell you how much money is spent to raise each $100 of funds that the organization collects.

MYW: Thank you for sharing this.

SE: Absolutely. Another organization, called GiveWell, does in-depth research on a couple of different programs that it believes will have or have had the most impact on people's lives every year. They don't look at as many as some of the other charity oversight organizations that I just told you about, but they take a good look at the issues. For example, sustainable development in a certain country may be an issue, so what are the organizations that are best delivering the programming to help this? GiveWell looks at those programs and highlights on its Web site the charities that it deems are best at delivering those programs. They've done a lot of research on organizations and the ones that they say are doing well are perhaps ones you also want to look at.

The other thing that GiveWell does is provide a list of questions that you might want to ask a charity to evaluate whether they're really having a measurable impact. From serving on boards of non-profits, I know that is important. You want to be able to tell donors exactly how their money is being used and the impact that it's having: how many people are being served and what is the impact on the community.

SE: Well, one of the things is what we discussed earlier - the donation of appreciated assets versus cash.

Know that if you want to do a cash contribution, you will be able to get an immediate tax deduction that could be up to 50% of adjusted gross income. Of course, you have to itemize and you have to have a certain percentage to fall into the miscellaneous deductions category, etc.

When you donate appreciated assets, the tax deduction is a little bit less; it's an immediate tax deduction of about 30% or up to 30%, but then you don't have to have the capital gains tax that you're paying now on the assets that you've donated.

That is where a financial advisor can be a very key asset. Just as you may have built up a team for your business, you need to build up a team for your personal finances as well. The members may work together, but they have different purposes...

MYW: There are lots of different types of financial planners...

SE: This is key! If philanthropic giving is one of the main things that you want to focus on, you want to be working with a certified financial planner or someone who specializes in or can at least tell you that they've worked with people to help them build their charitable contributions. This is in addition to working with someone on estate planning, retirement planning, college planning...

SE: I think there may be a great interest in giving among women just because I think we're givers, right? We're always trying to provide for our families. And when you look at numerous surveys that I've looked at from investment firms and firms that look at behavioral economics, family and community often rank higher for women than men when you ask the question "What are your primary goals financially?" A man may say, "I want to ensure my own financial security," and a woman may say, "I want to make sure that my children and my family are well provided for, and my financial security kind of comes after that."

My advice to women would be that you really do need to "think like a man" in the sense that your financial security is paramount because it provides you with the ability and the flexibility to give money to provide for whomever you want. So if you want to actively donate to philanthropic causes, ask yourself whether you are making sure that you are contributing as much as you possibly can to yourself so that you will be where you want to be in retirement, or in the next ten years. If you do that, you will be in a better position at age 60 or 65 to then make a larger charitable contribution because you have the financial security of knowing retirement is already set.

Giving a little to charities along the way is great. They need our money all the time. Just be mindful of what you may possibly be sacrificing personally by doing so. Or plan it in a way so that you can do a little now and lot later.

SE: I think about how much time and resources successful entrepreneurs - women and men, but women in particular - that I've spoken to and that I've interviewed over the years put into building their business; how much consulting they do. They talk to everybody; they explore all options. The same should apply to building your personal financial wealth.

SE: So, you've built this terrific business. You are a millionaire, a multimillionaire on paper or with your business, but are you actually that wealthy when it comes to your personal financial security? Or are you margined to the hilt? Are you spending more than actually you really can afford? Even though you have the money, are you putting enough away so that you can maintain your current lifestyle in the long term?

That's where a financial planner can come in and say, "Wait, let me just give you gut check. I'm here be an objective third party and let you know where you stand."

And to elaborate on your personal finance team, I talked about the financial planner, but also you want to have an attorney on that team -- someone who is an expert on estate and trust issues. And you'll want to have a CPA or a tax professional on your team as well. They don't have to necessarily work in the same office, but they need to be three individuals or three companies that can work together on your behalf.

Click here to read Sharon's personal view on why philanthropic giving is important and how her giving contributes to her personal and professional legacy.