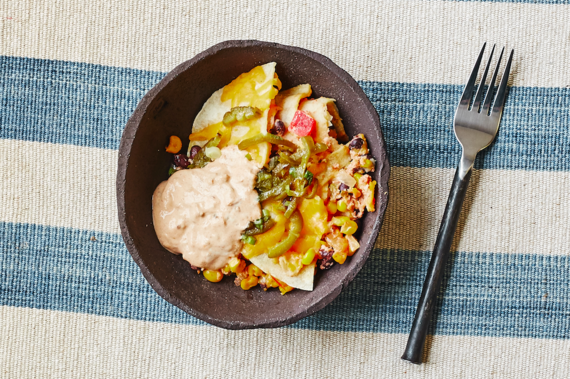 Greek yogurt--the tangier, thicker alternative to regular yogurt--has been rising in popularity for a few years now, going from a one-percent share of the yogurt market in 2007 to 49% by last summer. But the trend isn't stopping there. Increasingly we're seeing savory versions of Greek yogurt pop up. Why? Savory yogurt is a perfect storm of food trends.

Considering its great taste and nutritional benefits--40% less sugar, 38% less sodium, and more than twice the amount of protein than traditional yogurt--Greek yogurt's popularity should come as little surprise. Because it's so much less sweet than "regular" yogurt, Greek yogurt has a neutrality that allows it to pair well with sweet and savory ingredients alike.

However, while fruit-filled parfaits and desserts that involve Greek yogurt are commonplaces, a new trend away from sugary yogurt and other sweetened snacks is taking this versatile food in an entirely new direction. This brings us to savory yogurt, which was named one of the hottest food trends for 2015 by the Associated Press.

By removing so much of the sugar and carb content from our "regular" yogurt for the sake of added protein and a tangier flavor, we've set Greek yogurt up for savory success, so it makes perfect sense to start incorporating savory ingredients like cucumbers, olive oil, and salt and pepper. In other words, savory yogurt is the next logical step in the evolution of Greek yogurt's meteoric rise.

READ: The Replacements: How To Get A Tangy Flavor Without Sourcream Or Buttermilk

What Is Savory Yogurt?

Savory yogurt is made by mixing plain, strained yogurt with savory ingredients you might otherwise find in a dinner recipe--things like carrots, beets, avocado, and mango.

We love combining strained yogurt with savory, perhaps even unexpected ingredients, and have featured it prominently in recipes like Mexican Skillet Lasagna with Roasted Jalapeño Salsa and Greek Yogurt Crema.

Why Is It So Popular?

First of all, Greek yogurt goes well with just about anything. And, because of its nutritional benefits, it makes a perfect replacement for fattier ingredients or a healthier alternative to other yogurts that are high in sugar. 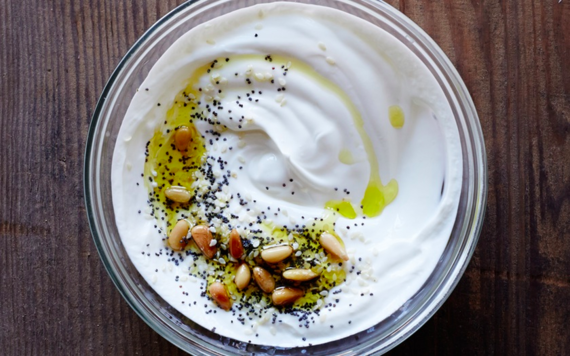 At Plated, we find new and delicious ways to add Greek yogurt in dishes like White Pizza with Buffalo-Sriracha Chicken and Yogurt Ranch.

For those who want to concoct their own savory yogurt recipes at home, making it couldn't be easier. Just mix that plain, tangy yogurt with ingredients as mild as olive oil, cucumbers, and salt, or as substantive as squash and sweet potatoes.

Fresh ingredients and chef-designed recipes, delivered to your door each week.