Three years ago, when I was 25 and a newly-enrolled college freshman (yes, you read that right), it was obvious that I was not your typical 18-year-old carrying a sheaf of spiral notebooks and fresh set of pens on her first day of classes. But I don't really have your typical life story either.

Prior to that, I had planned for my "life schedule" to be nothing but typical and run like clockwork: for me and my high school friends, college seemed like the no-brainer after our senior year exams and SAT tutoring -- degree, job, family, and real life would then ensue. And ten years ago, when I was a fresh-faced 18, I was an excited, audacious high-school student, determined to study a quirky blend of musical theatre and religious studies in my upcoming college career, and then set my sights on Broadway. 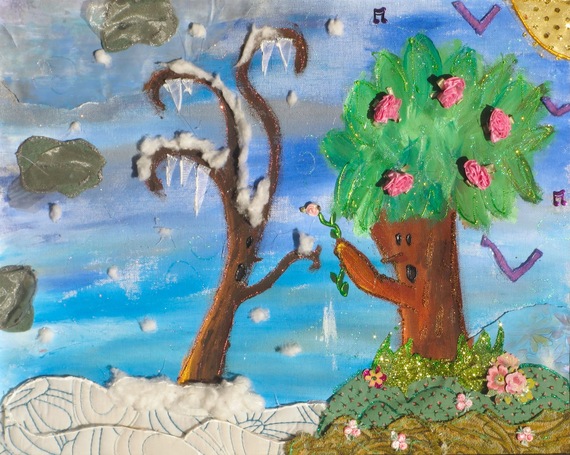 The world of higher education, I envisioned, was going to be a magical world of "independence." I could finally live on my own, have a social life, go to the kind of parties I saw in teen movies, and feel like a real-live adult. I dreamed of getting a degree in the arts, and becoming a teacher, a writer, artist, actress -- anything I set my mind to, really.

So how did I get to the advanced age of someone in their mid-20s, setting foot on a campus -- cautiously -- for the first time, in a long-delayed bid to get a degree? Life has a funny little storyboard: you think you know exactly how things will turn out -- or how you'd likethings to turn out. But crisis had intervened in the meantime, and my path would become much more meandering and turbulent than I ever expected.

A Straight Set-Out Path? Not Quite
What I had never anticipated was that unexpected and frighteningly sudden medical circumstances -- terrible, life-threatening digestive issues -- would freeze my life in its tracks when I 18.

I awoke from a coma, very hazily, to see medical staff darting about, frantically trying to keep me alive. My first conscious memories were bits of sound and blurry sights, as I tried to piece together what had happened to me. I eventually learned from doctors that I would be in the ICU for an indefinite amount of time, and that their medical team had fought to save my life. I could hear these words, but my "self" was still frozen as a high school student. The first thing I asked, in the most endearingly clueless way was, "What about college?" 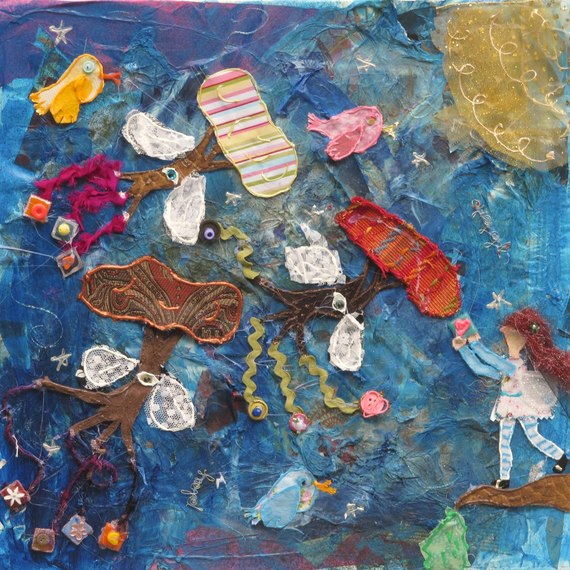 Starting from Square One
The answer to that was that college was out of the question. Years of medical triumphs and setbacks followed, and added up to a wealth of life experience. Always a creator and busybody by nature, I went on to do more in my "sick" years than most people do in their lifetime: I had founded a chocolate business, wrote and starred in a one-woman show about my life, mounted art shows, taught nursery school, and most importantly, I was alive. But something still felt empty.

What was it? College -- I wanted college. At 25 years old, I had never received that degree of which I had dreamed. I had never even been to a Friday night, red-plastic-cup-in-hand campus party. I had gained so much in the meantime, and had accomplished three resumés worth, but I still felt like there was something I was missing out on. Like somewhere my life had left off, that it was a story that that I just wanted to finish.

When Is It Too Late?
So I thought: Is it really "too late?" Had I missed the boat with a few years passing? Then I thought of the practicalities. At 25, how was I going to feel surrounded by a bunch of 18-year-olds? How would I feel being on a campus for four years? 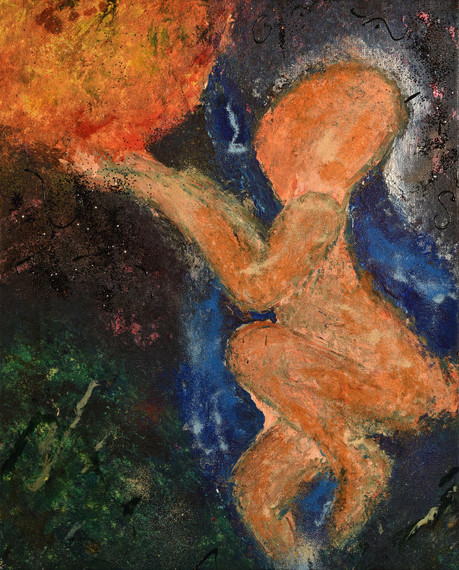 And the ever circulating question in my head: "Is this really going to get me somewhere?" So I had to think about what I wanted out of this experience. At age 25 -- and with a load of real-life experience under my belt -- what did I want to gain from college and a degree? College certainly, at this point, wasn't to stay busy or to get a job. I had gotten through years of medical trauma and uncertainty by accomplishing feat after feat, which was also how I rediscovered myself, but I washungry for a different kind of experience.

I just simply wanted the opportunity to know "what else" was out there, to see what I had missed out on. I wanted to expose myself to diverse interests, meet people from all over, study subjects I didn't even know existed. College seemed like a huge, unknown realm of endless possibilities, where I could graduate with unexpected, newfound inspiration.

Despite this sense of uplift, feeling the occasional downward pull of doubt, I asked myself, "If not now, when?" When I couldn't give a good enough answer, I knew it was time to start browsing colleges online. Then it took a bunch of courage and getting past a lot of inertia to decide that after years of an "education in real life," I wanted to go through the entire college application process again.

So, what followed was months of printing out college applications, submitting forms, and re-writing college essays. Reflecting on what years of medical disappointments and frustrations had ultimately done to my spirit, I titled my essay "Keeping Hunger Alive."

Dreaming (Then Reality Intervenes), and then a Dream Finally Become Real
How has it turned out? When I was confronted with medical trauma in the blink of an eye, I re-routed my life on an alternate pathway of creativity and healing, branching out from my original plan to study performing arts. And going back to college at age 25 has given me an even wider array of colors to paint my life's path with: I feel as though my vistas are much more boundless. In effect, I've reawakened and regenerated my thirst for knowledge.

I plan on graduating with a degree, but that's not my main concern. What's more important: I've given myself the opportunity to be exposed to new ideas, people, subjects and stimulation. I've networked with career counselors, learned how to make a tattoo, met kids from other countries, and the best thing of all -- I've put myself out there. 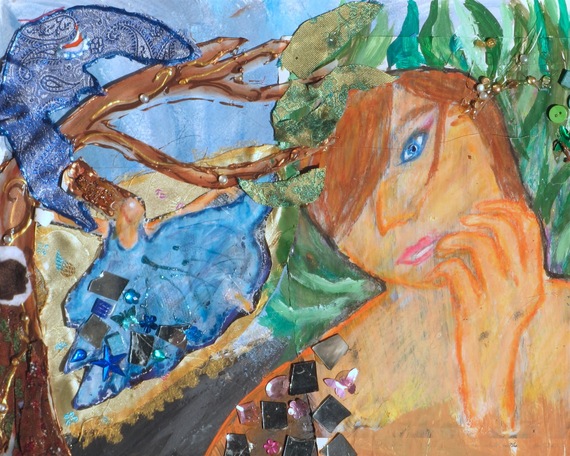 I've just turned 28, and I've experienced even more highs and lows in the three years since I started college: I've been frustrated by more disastrous surgeries, and have also been overjoyed by planning the wedding of my dreams for next month. But what amazes me the most is that I've really in my second year at Hampshire College! I've written a three-act play about my story, I've taught art to children, and continue to study art education; I've also learned how to make puzzles, sculptures, studied Asian performance art, and have even become well-versed in psychology.

Late Bloomers Still Bloom
I've shown myself that it's never too late...for anything. That even late bloomers bloom, and in the most beautiful spring colors.

Of course, there are also real-life matters to figure out as I finish my final two years of college. Getting married next month, I'm discussing with my husband how we will handle being apart while I continue my education and make a two-hour commute every week. But I feel so lucky to have the chance to learn and get my education at twenty-five. 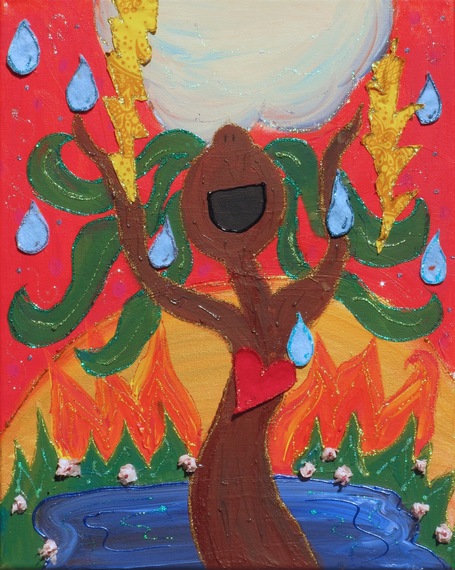 In my final poetry session at Hampshire, my professor used me as an example for the class. I was the only one gabbing on and on about a poem, and he asked why more students didn't volunteer their opinions. I responded: "Professor - in the class's defense - I feel like I kid in a candy store going to college at age twenty-eight. If I had just been through eighteen years of school and had to go right to college -- and concentrate some more, I think it's possible I wouldn't give a hoot what you were saying!" What I was trying to articulate, I think, is what psychology calls cognitive reframing - that actually my long-delayed college student status had turned out to be a gift-- far better, in fact, than if things had gone as I had originally planned.

It's true. I almost feel like I'm sneaking my hand into a big jar of candy, reaping the sweet rewards of learning from inspiring, amazing professors, students and ideas - and knowing that as a teen, I probably would not have cared as much. Now, at this age, I've also got real-life experience behind me -- to really put into action what I'm learning in textbooks. In effect, there is a "context" behind my professor's lectures. I've always been interested in the arts, creativity and working with others, and now I'm gearing myself towards a degree in expressive therapies - an amazing way to integrate my love of the arts with education, and a way to help others heal, as I have healed from my own terrible trauma. All because of life's crazy interventions...and college!

I'm so grateful for these forced "gap years." It's better late than never -- and sometimes, it's just better late.