There is an odd cadence to the debate on the National Security Agency spying on user data supplied by social media companies like Google and Facebook, as if the comprehensive, integrated profiles of user data controlled by large multinational corporations was only a problem when the government got hold of them.

Don't get me wrong.  I opposed the Patriot Act and follow-up amendments and think the national security state is a danger that needs to be severely reined in.   Which is why I was quite happy that Edward Snowden's disclosures have highlighted the problem of national security state access to user data created in the wake of 9-11.

But the potential abuses due to corporate access to that data are as bad as the NSA control -- and the documented harm to the public has been worse.

Let's start with data collection itself.  While the legal basis for the NSA collection has been challenged, both the courts and Congressional Committees overseeing the collection have generally approved the program.  Compare that to companies like Google, which have violated the law repeatedly to collect user data.

Google's illegal "wi-spy" program of collecting user data over home wi-fi hubs using its Street View cars has led to investigations and fines for violations of the law in countries around the world.  Investigators were outraged when they reviewed the downloaded data and found Google had collected massive amounts of personal emails and data revealing everything from people's medical histories to their sexual preference to marital infidelity.  (Google's defense that that it was all okay because they never looked at the illegally collected data is eerily similar to the NSA's).

When challenged on its illegal data collection, the company lied and stonewalled investigators around the world, with the Federal Communications Commission finding the company guilty of "willfully" ignoring subpoenas to delay investigations into the scandal, fining the company in a 25-page condemnation in April 2012 that concluded "Google's failure to cooperate with the Bureau was in many or all cases deliberate."

Both Google and Facebook were charged with violating privacy laws in launching their social media networks and both had to agree to 20-year consent decrees to monitor their privacy policies. But a year after entering its consent decree, the Federal Trade Commission found Google had secretly placed "cookies" to track the online activities of people using the Safari web browser, despite having publicly "told these users they would automatically be opted out of such tracking." Google had deliberately found a vulnerability in Safari's "default cookie-blocking setting" in order to collect the information for its advertising data collection purposes, while publicly misrepresenting to users that it was not doing so.  The company paid a $22.5 million fine for this illegal data collection operation.

The Harm to Users from Corporate Misuse of Personal Data

The illegal data collection is just the start of the problem with corporate use of personal data.  At least one reason I think the NSA spying hasn't led to a public opinion backlash calling for its end is that there's been no documentation of the program being used to harm individual Americans.

But we know for a fact that companies like Google are giving corporate advertisers access to users based on the personal data they control -- and many of those advertisers are targeting individuals with the express intent to rip them off, sell them deadly products, and financially impoverish them.

Some advertisers are just trying to help customers find a product they might like, but the dark version of online marketing is that it can facilitate what economists call "price discrimination," selling the same exact good at a variety of prices in ways unknown to the buyers. Researchers Rosa-Branc Esteves and Joana Resende highlight how with the low costs of online advertising, such online price discrimination systematically shifts wealth from consumers to corporate profits. One implication of their models is that "average prices with mass advertising [i.e. without the discrimination allowed by targeting individual users online] are below those with targeted advertising," which follows the idea that firms will target certain consumers with promotions while enjoying higher prices paid by consumers kept ignorant of lower prices offered to others.

Early Internet visionary Jaron Lanier, who pioneered ideas like "virtual reality" two decades ago, has noted that such access to behavioral targeting has even more appeal to the "tawdry" kinds of firms than the "dignified side of capitalism", since "ambulance chasers and snake oil salesmen" among the capitalist class thrive on such targeted access to their victims.

And the specter of racist use of that data is all too real; As ColorLines magazine has argued, a "user's browsing history, their location and IP information...combined with information available in Google's public data explorer (including US census, education, population, STD stats, and state financial data) presumably could also be folded into the personalized search algorithm to surmise a lot more than your race." While not conclusive, there is evidence of companies using names or other evidence such as physical location to offer differential advertising through Google based on race and ethnicity.

What is unquestionable is that Google advertising lay at the heart of the largest example of price discrimination and consumer harm of the last few decades, namely the subprime mortgage destruction of family wealth and the financial crisis that followed.  Google isn't usually identified as a big player in the subprime mortgage debacle and its aftermath, but a significant portion of Google's profits in the mid-2000s were coming straight from subprime mortgage lenders advertising on its site.  As Jeff Chester of the Center for Digital Democracy said back in 2007, "Many online companies depend for a disproportionate amount of their income on financial services advertising, with subprime in some cases accounting for a large part of it."

Companies enticed customers with unrealistic "teaser rates" -- heavily advertised online -- that burdened borrowers with toxic terms and unmanageable obligations that exploded in later years.   And as the racial and exploitive aspect of the mortgage meltdown was endemic with what some scholars described as reverse redlining, "the practice of targeting borrowers of color for loans on unfavorable terms." This offering of differential rates based on the characteristics of the borrower constitutes the most damaging price discrimination inflicting consumer harm in American history, for which Google played an integral (and profitable) role as an advertising intermediary where it was earning billions of dollars a year in that role.

The financial industry remains the bedrock of Google's advertising revenues.  According to WordStream, a company specializing in helping companies bid effectively on Google Ads, the three most expensive categories of keyword searches as measured by cost per click are in financial services (insurance, loans and mortgages), with 45.6 percent of the top 10,000 advertising keywords falling in those categories.

And many of those advertising bidders at Google are from the more bottom-feeding aspects of the industry, particularly payday loan lenders, who offer extremely high-interest loans for consumers made in exchange for a commitment to repayment from the person's next paycheck.  Such loans have been banned or severely restricted as exploitative in multiple states.

Google actively solicits ads from the payday lending industry, including setting up a trade booth at the Online Lenders Alliance, a trade group comprised mainly of payday lenders.  Robert X. Cringely, who has covered Silicon Valley for over 25 years, argues that out of financial self-interest, Google is burying bad news about the industry for consumers, since he found Google "placed the uniformly negative news items near the bottom of the results, below the fold as we used to say in the newspaper business."

Whether Google is actively hiding damning consumer analysis of the evils of its financial advertisers, what is true is that Google maintained ads from fraudulent mortgage "loan modification" firms preying on desperate homeowners even after the company was alerted to the problem.  Despite consumer group Consumer Watchdog publishing a scathing report highlighting the concentration of such firms advertising online, Google did nothing until the Treasury Department took regulatory action in November 2011 under its TARP authority to shut down 85 of these scam advertisers who were luring customers through Google. "Many homeowners who fall prey to these scams, initially do so through these Web banners and other Web advertising," Christy Romero, Deputy Special Inspector General for the Troubled Asset Relief Program, said in an interview.

You just can't separate the massive financial destruction of American households in the recent financial crisis and its aftermath from the corporate use of consumer data to target ads and suck consumers into those financial scams.

In a similar vein, a whole range of scam artists, fake drug peddlers and underage "escort" services use user data provided by corporate partners like Google to find their victims.   In 2012, Google agreed to pay a $500 million civil forfeiture to the federal government, one of the largest in history, as part of a settlement penalizing the company for illegally and knowingly allowing illegal pharmacies to advertise on its site.  This was not passive activity by Google, but active complicity with advertisers often selling fake prescription medicine to desperately ill individuals or marketing illegal steroids.  "[Google CEO] Larry Page knew what was going on," Peter Neronha, the Rhode Island U.S. Attorney who led the probe, told the Wall Street Journal.

The National Association of Human Trafficking Victim Advocates (NAHTVA) along with 37 other prominent anti-trafficking organizations have accused Google of profiting off of the sex trafficking of women, while a recent session of the National Association of Attorneys General noted the widespread targeting of ads for illegal products to users online, including recruiting children as underage "escorts" and pushing illegal drugs to kids.

Given the documented history of online corporate exploitation of user data, it becomes ridiculous to argue that it's a bigger problem that the NSA was grabbing the data then that corporate exploiters like Google had the data themselves in the first place.   Even a lot of ostensible "lefties" seem to be a bit too complacent in seeing the only problem with centralized data control being when government has it.

None of this is to say we don't need to more tightly rein in how the National Security Agency uses personal data, but some of that has been done already and more is being talked about in Capitol Hill.   The missing piece is any serious movement on reining in corporate control of personal data.

Google and Facebook and other data mining companies are trying to position themselves as defenders of user privacy, but when California tried to pass simple law this year to allow users to simply find out what data has been collected about them by online companies -- the privacy equivalent of a credit report -- those same companies mobilized and killed the bill dead in its tracks. (See Silicon Valley Stomps on Digital Disclosure Bill).

Governments and companies are going to have more data about than we are comfortable with -- that's a fact of life in the digital age. In many cases, I'm actually happier to have government with the data than private companies -- we all know the ways private insurance companies have used health data to discriminate against sick patients.

But across the board, people should have far greater knowledge of exactly what data governments and corporations have about them and we need much tougher rules to make sure that the national security state can't abuse potential dissidents with that data and that predatory financial firms aren't assisted by companies like Google in preying on consumers using their data either. 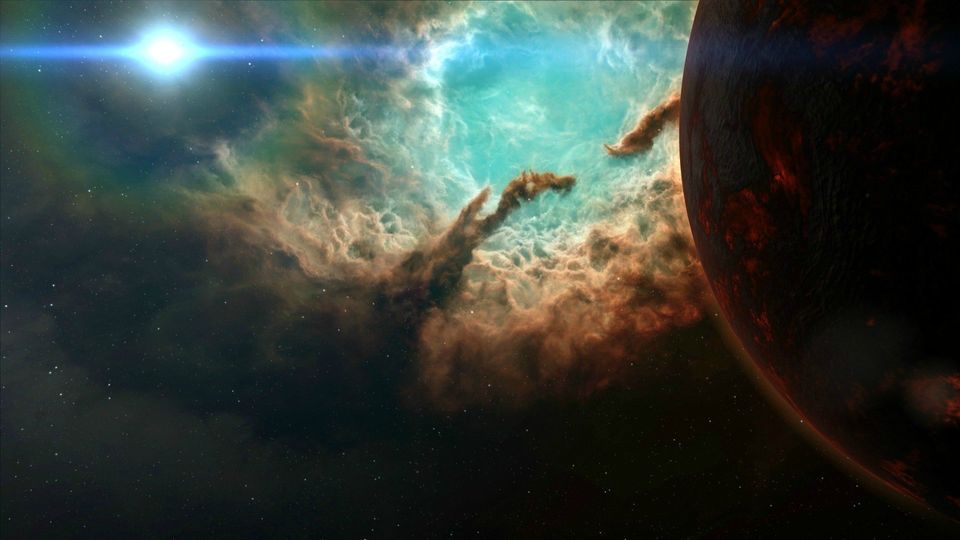