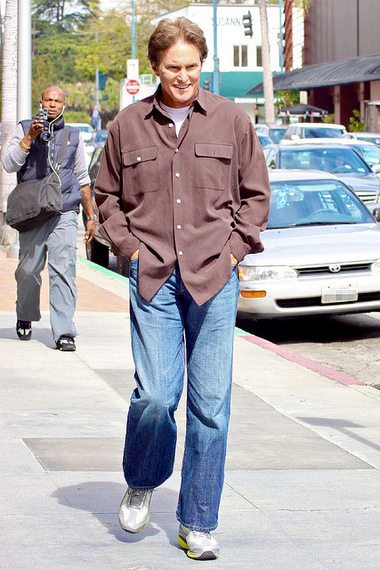 Sometimes it's easy to get caught up in celebrity gossip and tabloid fodder. I, myself, am guilty of following E! on Twitter and occasionally clicking on an outrageous title. But sometimes celebrity gossip is representative of larger cultural issues, and the tabloid fodder can actually be quite damaging and regressive.

The most recent example of this is Bruce Jenner. For months now, there has been speculation that Bruce is in the process of transitioning to a woman. A number of magazines have pointed out his longer hair and painted nails, even though such subtleties should hardly be representative of one's gender identity in this day and age. One tabloid went as far as to photoshop an image of Bruce looking extremely feminine, to the point of ridiculousness. I sincerely hope no one thought there was any truth to that photo.

The real problem with all of this is that it's affecting the transgender community, and not in a positive way. The things written about Bruce Jenner are turning the idea of transgender identity into spectacle. Something to be gawked at and shocked by. Hasn't the transgender movement come further than this?

We don't know if Bruce Jenner identifies as transgender, or if he enjoys cross-dressing. We don't know anything about the situation. I expect we will find out a lot more when he sits down with Diane Sawyer for a two-hour interview on April 24th, but until then, we shouldn't assume we know anything at all. Not to mention the fact that this is a huge violation of the man's privacy.

That being said, the way the media is portraying the story suggests that Bruce is definitely transitioning to female, and that we should all have our jaws on the floor. But this suggestion is quite damaging to the transgender community. The fact remains that most people in America do not personally know someone who is transgender. The only reference they have is what they see in the media. Labeling Bruce Jenner's gender transformation as one of the "biggest celebrity scandals of 2014" is not going to frame the story of transgender identity in a positive light.

This seems to be an ongoing trend within the celebrity gossip community. Recently, Jaden Smith was photographed in public wearing a dress. The eccentric son of Will Smith and Jada Pinkett Smith has always been fashion-forward, but the fact that celebrity gossip is covering the femininity of his clothing choice is a problem. We're no longer at a point where it would be appropriate for a headline to read "Black Actor in Relationship with White Woman." It's 2015. It doesn't matter. It's not newsworthy.

I think it would be fine to point out that Jaden Smith wearing a dress could be helping to break down gender stereotypes and conformities, but that doesn't seem to be the way the story is formulated in most publications. They are pointing towards these individuals and saying: "Look how ridiculous and scandalous this is!" which, unfortunately, is not going to help progress transgender acceptance in our society.

I'm curious to see what Bruce Jenner will say in his interview with Diane Sawyer. I hope his message is one that can help spread awareness about transgender identity and the constant uphill battle faced by the community.