If gun sales are supposedly "red hot," why are gun manufacturers struggling, even filing for bankruptcy? The answers include a gun glut and long-term trends in gun ownership in America.

There's a continuous media mantra that gun sales are going through the roof. Well, they may have had a little boomlet after the 2012 Newtown shootings. But with Colt filing for bankruptcy, and other gun manufacturers reporting huge declines in sales and falling stock, it's clear that Americans aren't going as gun crazy as people think.

On June 15, Political Scientist Robert Spitzer of SUNY Cortland wrote the column "Why assault rifle sales are booming." It wasn't a pro-gun essay. He used arguments such as fears of Obama, the temptation of "forbidden fruit" and even the old Freudian "male sexuality" pleasure of firing a gun. 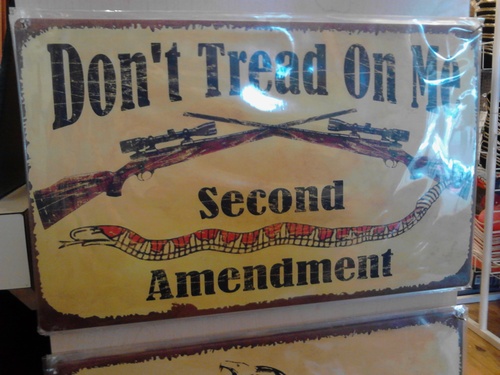 I became a little suspicious when Spitzer didn't report or cite any statistics on the subject. I became a little more suspicious when I read the next day that Colt, the well-known gun manufacturer, is filing for bankruptcy, reporting losses of $500 million, equal to the value of all the company's assets. And the company had to get an emergency loan from Morgan Stanley last year, so this isn't just a 2015 thing.

Foreign Policy Magazine tried to pass this off as soldiers and cops not liking Colt guns. That may be the case, but "declining demand" was cited as another reason for Colt's woes.

And it's not just Colt that's going down the drain. Sturm, Ruger's sales are dropping dramatically. So are Smith & Wesson's (number two in the industry), which has falling sales which are leading to dropping stock prices. It's a similar story for gun stores, as one Georgia business reported difficulties with even giving an AR away.

What happened? In all cases, that short-lived spike in gun sales from the post-Newtown era was to blame. Gun companies kept producing and producing, while retailers mortgaged their future to meet a demand that, quite frankly, was not really a permanent feature of the landscape. And folks may be switching to handguns and preferences for concealed carry permits.

Of course, there are still background checks going on. But don't mistake that number for more households owning guns. In fact, as I showed earlier this year, the number of households owning a gun is far less than what it was in 1974.

Now there are some folks that are stockpiling all kinds of guns. After discussing this column with a colleague, he proceeded to show me pics of his eight guns. "Just got three more this week," he told me. And you can do that. In fact, with this massive gun glut, it's like Christmas for the gun collector (like this colleague). Preppers can get a little more prepped these days.

Yet, folks are starting to realize that Barack Obama is not going to organize Jade Helm 15 to lock all conservatives in FEMA Death Camps in the basement of Wal-Marts or in the Michigan or Arkansas countryside (and yes, I've received those emails too). Assault weapons are not about to be eliminated across this country. But gun manufacturers will have a lot to be concerned about because the firearms issue isn't just an ideology. It is, after all, a business as well.