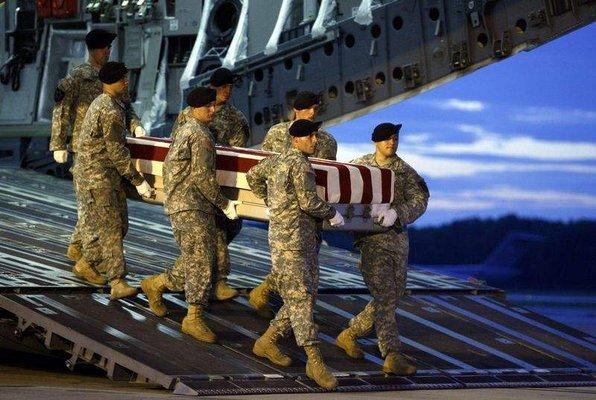 Why is it that President Obama hasn't changed the policy to say that he will write letters of condolence to the families of our combat soldiers who were psychologically injured and committed suicide? He announced several months ago that he would review this policy, but there has been no indication of what he will do.

This issue has been discussed extensively in the press and on the blogosphere. I have also recently written about this important subject.

Let us say that there is a bad person who is killing children and teachers in a nearby school. Your local police send a group of police officers to the school. Some are injured and at least one is killed but the other officers succeed in getting the bad guy. Your child was one who was close to the action but was saved thanks to the heroic action of of this group of police. A few months later you read in the newspaper about the death of one of the police officers who saved the children in the school. The article says that after this experience he wasn't the same person. The death of his fellow officers and the sights of killed children and teachers profoundly impacted him. He ended his life by suicide.

Might you be inclined to write a letter of condolence to the family of this police officer who defended your child and actually saved his life? In such a letter it would be quite appropriate for you to say how grateful you were for his service to the community and that you are sorry for his death. I am sure that everyone would agree that that the Police Chief and the Mayor should also write such a letter to the family of this police officer.

Do you really think that the other police officers would resent the fact that such letters were written to the family of the deceased officer? Do you believe that they would feel that it somehow demeaned the police who didn't kill themselves or that another police officer who was having a rough time might do a copycat suicide just because this letter was written? I believe the answer is a clear no to these questions. Yet this is the reasoning that some people are using to justify that the President and the Secretary of Defense should not write a letter of condolence to the families of soldiers who have committed suicide.

One Family Among Many 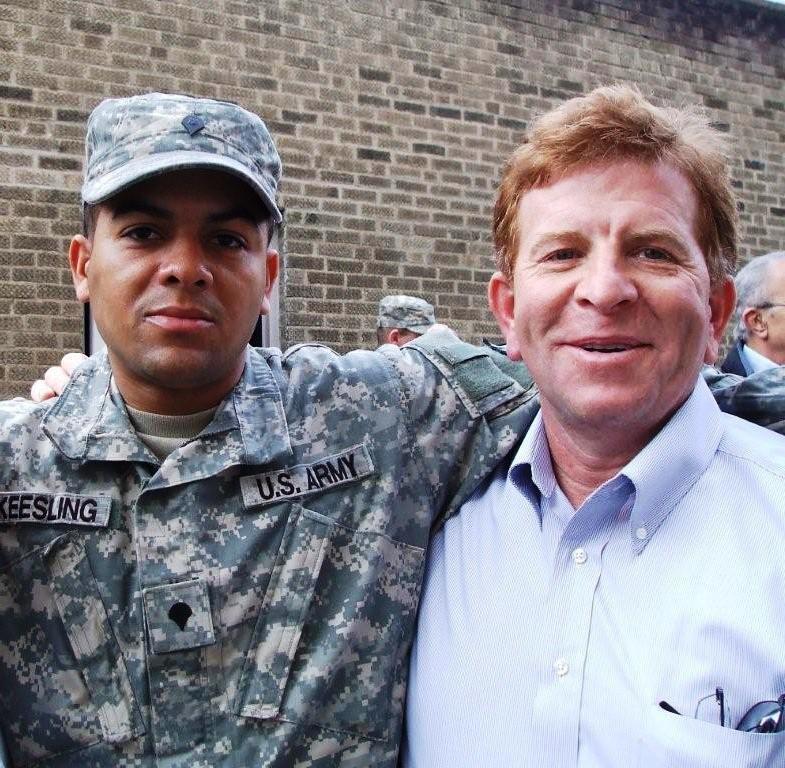 duty in Iraq. He committed suicide shortly after emailing his parents a message stating that he could not take it anymore. His father Gregg Keesling, in memory of his son, has taken up this cause. He has worked with his Congressman Dan Burton from Indiana who developed a bipartisan letter to the President urging him to change his policy on condolence letters. Thus far 44 Members of Congress have signed this letter. Mental Health American (formerly the Mental Health Association) has officially endorsed this position as have the American Foundation for Suicide Prevention. I know many psychiatrists who agree with this view and I hope that the American Psychiatric Association at it's next meeting in May or sooner will also adopt such an official position.

Suicides in the Military Continue at a High Rate

Last year there were a record 160 confirmed and suspected suicides among active duty soldiers. The Marine Corps suffered a record 52 suicides last year. The military has recognized that this is a serious problem and has instituted various programs to reverse this terrible situation. Part of the solution should be acknowledging that mental illness in the form of suicidal behavior can be brought about or exacerbated by the rigors of military service. When this results in the death of one of our soldiers, their loved ones deserve our sympathy and understanding. They should not be made to feel these soldiers were somehow second rate and that they don't deserve a letter of condolence.

You can do something to bring about a change in the President's policy by taking a minute or two to email the President and urge that he change his policy so that he will write letters of condolence to soldiers who have died by suicide. The email address to write the President is: http://whitehouse.gov/contact

You can also indicate your comments below.