In my recent commentaries focused on the election and young voters, I've encouraged Democratic presidential nominee Hillary Clinton to recognize the differences between traditional voters and those who are voting in only their first or second presidential election. A lesson in changing voting patterns shouldn't be needed in a season that has disrupted all traditional campaign strategies.
Yet, Senator Clinton (why isn't she using the less controversial Senatorial branding?) is running a campaign that is failing to generate anything but lethargy and disillusionment among young people. Here are five recommendations for Clinton to capture the enthusiasm of Bernie Sanders' supporters, who have been obviously absent from her campaign events. 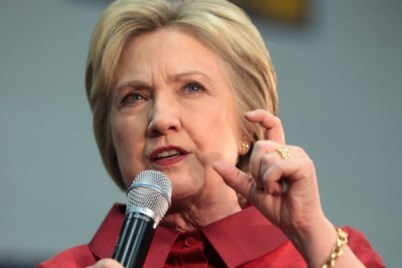 1. Please reduce the negative attacks on Donald Trump. News sound bites present you in your least favorable context. Trump's campaign is imploding, and you're pulling yourself down to his level even as he sinks lower and lower. Trump has even begun simply taking your words against him and twisting them to be used against you. Do you want to make a radical shift? Try acknowledging his supporters, their anger, their hostility, their passion, and acknowledge how effectively Trump has captured their support. Give them reasons to reconsider their vote and make it about their needs and passions rather than about their candidate. Focus on economics, community violence, and war. Please don't assume all Trump supporters are against gun control, women's rights, pot, voting rights, etc.

2. Young people, and most voters, need a voice that offers and exemplifies a positive vision for the future. Solutions are far more important for your sound bites than today's Trump's idiocy. Who are you hoping to convert to your camp with these negative attacks? Trump supporters are not your target. Bernie's supporters and the voters, who are shifting to Libertarian and Green Party candidates, should be your focus of your messaging.

3. Focus much, much more on the importance of electing Democratic candidates for local, state and national offices. By taking this approach, with a focus on bringing national attention to local and regional issues, you'll be presidential and exude confidence. Voters need to feel that they're backing someone who cares about them. The impression based on news coverage is that you're consumed with Donald Trump and everything wrong with him. You care more about not electing Trump than explaining your platform. Let voters, and especially the young voters who care about the issues you care about, know that you're thinking about others who are campaigning for you... and by extension thinking about them.

4. I rarely hear you comment on the issues that elevated Bernie. Maybe you're saying something in your stump speech, but, if you are, it's not making the news, and policy issues are not in any of your commercials. Maybe you're concerned that Sanders' progressive policies, which are now your platform, are unappealing to a segment of your supporters. Again, with Trump as your competition, 60% of the population is already on your side of the political line. Doesn't it make sense to focus on getting your best potential voters into the voting booth? The logical strategy is to talk to the issues that people are most passionate about, and Bernie handed you the game plan. Follow it.

5. Your negative campaign is reinforcing people's negative impression of you. It's hardening -- rather than softening -- your image. Talk about who you are as a person, your lifelong commitment to our nation, and your vision for a better, safer world. Share the history that shone through at the Democratic Convention. Travel for a couple of weeks with Chelsea and her family; be a proud and loving grandma and let the nation see you in this role. Focus on why America can trust you. There are many positive stories from New York State and your years as First Lady of Arkansas and the nation. Tell them.

Bottom line; try the radical idea of running a positive and uplifting campaign. Those who are still inclined to vote for Trump aren't likely to change. Most of us have already figured out that he is not a viable option. Your concern should be how many voters will shift to a third option and stemming that tide NOW before Libertarian candidate Gary Johnson qualifies to join you on the debate stage.

Jack Myers is author of three books on younger Millennials: The Future of Men: Masculinity in the Twenty-First Century (2016), Hooked Up: A New Generation's Surprising Take on Sex, Politics and Saving the World (2012), and Virtual Worlds: Rewiring Your Emotional Future (2008).