Having spent most of my life asking "why me?", it took me a long time to understand that the pieces of my life would eventually start to come together to form a bigger, better picture.

I used to wallow in self-pity. I used to blame all of my poor decisions and failures on the fact that my childhood was a big, fat, flaming pile of crap. I thought that I could get by on this excuse forever. I used it as my safety net, smothering myself in the pain of past life experiences and using it an excuse to fail at everything - relationships and friendships, especially. I refused to let anyone get close enough to hurt me, constantly keeping a wall between anyone who threatened to bring the vulnerable out of me.

When my stepfather passed away, I was just 23-years-old, and utterly devastated. Devastated that the man I considered my father was taken so quickly, and devastated, that once again, something horrible had happened to me. My disenchantment with life had reached an all time high at this point - and my pity party was raging.

It wasn't until a car accident, THE car accident, one that left me broken, confused, and angry, did I start to realize that maybe, just maybe, things weren't happening to me.

They were happening for me.

The car accident happened four years ago, at the end of a tumultuous few years of poor life choices and even more terrible relationships. The worst relationship, almost catapulting me into the broken physical and mental state of anguish I had now found myself in.

Yet strangely, I remember feeling this pure sense of relief. I felt as if I was blessed to have a way out of the life I had been living. I felt lucky to have nothing to worry about for the next few months other than taking it easy and doing my grip exercises. As if the fact of my multiple broken bones and inability to walk would prevent me from running back to him yet again; the casts on my legs and feet preventing me from running into another metaphorical brick wall.

The fact that I was forced to do nothing but lay in bed for the next 4-6 months excited me to no end.

Saved from myself. Saved from a mentality that was as broken as my body. As if the universe offered to step in and help me, to pull me down so low and make me so helpless that I had no choice but to stop, think, and take a different route. Three things I had never been very good at before.

Now that I had embraced the mentality that this accident, and all of the unfortunate events of my life that preceded this life-transforming opportunity, were things that actually happened for me to grow, I knew I was ready to leave the past behind. I began using adversity as a tool to shape my future. I put my priorities in order, began putting my needs first, and accepting that the pain I had faced in my childhood gave me the gift of strength and intuition.

I knew I had hit rock bottom. And I was so grateful for it. I began to look at life like a slingshot - the further it pulled me back, the harder I could fire forward, and damn is that the truth.

I knew it the second I felt excited about the idea of starting over, throwing caution to the wind, saying "screw it, let's see what happens," and setting off a new life. Rock bottom was the best opportunity I have ever received because I knew that no matter what, I'd do whatever it took to never come back to that place again.

All because I finally learned that things don't happen to me. They happen for me. 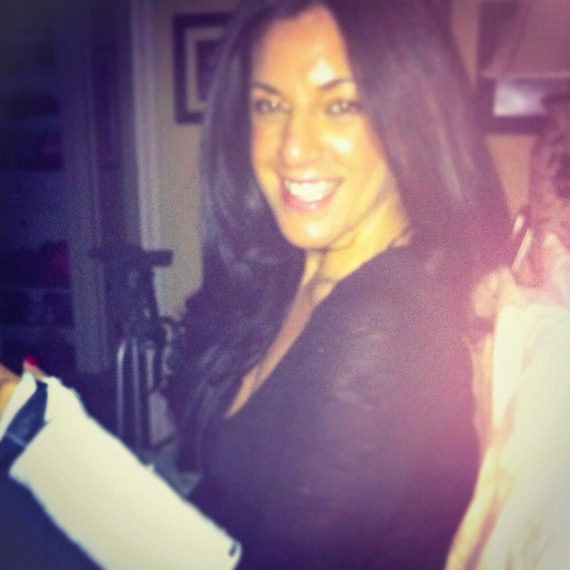 For more on the author's life or to have her write for you, visit her on the web at www.michelledempsey.com