"It just takes one second to decide to stop. The main reason not to eat meat and fish is to spare others' lives. This is not an extreme perspective. This is a most reasonable and compassionate point of view." -- Matthieu Ricard 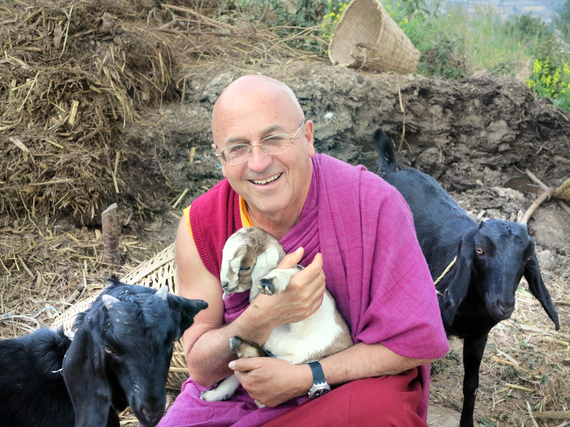 My first Buddhist teacher, Kangyur Rinpoche, was a very strict vegetarian. I was inspired by him and also by a deep inner reasoning that suddenly became obvious to me. I never hunted in my life, but did go fishing sometimes when I was a little boy in Brittany. When I was 13 years old, a thought bloomed in my mind: "How can I do something like that?" I realized that I was totally avoiding putting myself in the place of the other being. And when I was 20, I gave up eating meat. That was 50 years ago.

The heart of the Buddhist path is compassion. That means to value others. If you value others, you value their well-being and are concerned by their suffering.

We can find means to survive without causing suffering to others. In India for example, there are over 400 million vegetarian people who survive well. They are not sacrificing their health or reducing their life span. In fact, even from a selfish standpoint, it is better to be a vegetarian. Many studies have shown that red meat increases the incidence of colon cancer and other illnesses. 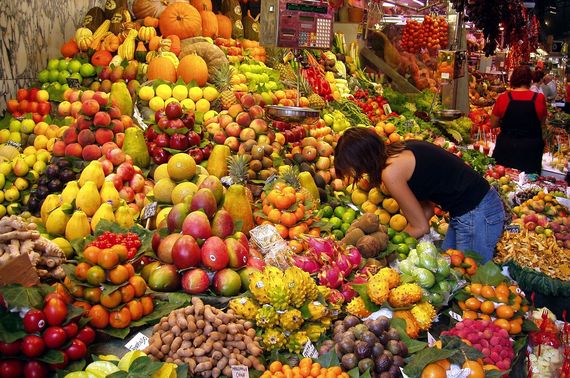 However, the main reason to stop eating animals is to spare others' lives. Today, 150 billion land animals and 1.5 trillion sea animals are killed for our consumption. We treat them like rats and vermin and cockroaches to be eliminated. This would be called genocide or dehumanization if they were human beings. 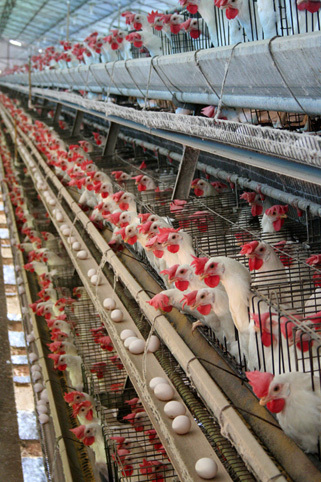 We even go one step further with animals: we instrumentalize them. They become objects. They become the pig industry, sausage or meat factories. Ethically you cannot imagine progressing toward a more altruistic or more compassionate society while behaving like this. Eating meat reveals another level of selfishness in terms of fellow human beings. Rich countries consume the most meat: about 200 kilos per year per inhabitant in the USA, compared to about 3 kilos in India. The more the GDP of a country increases, usually so does the amount of meat consumption.

In order to produce one kilo of meat, you need ten kilos of vegetable protein. This is at a cost to the poorest section of humanity. With two acres of land, you can feed fifty vegetarians or two meat eaters. The 775 million tons of soy and corn that are used for industrial farming could be used to feed people in need. 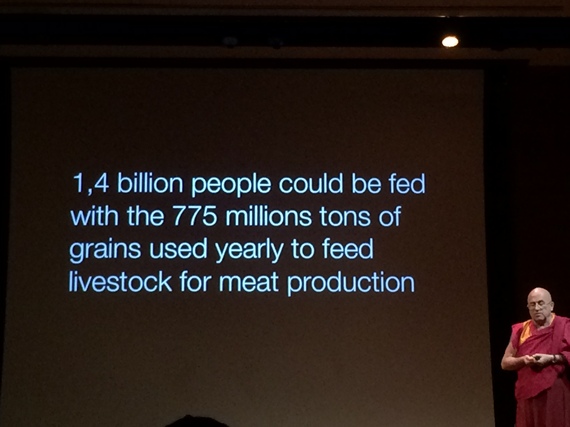 The United Nations International Panel on Climate Change, a group that is not particularly fanatical about being vegetarian, recommends that we start by just eating less meat. This is one of the easiest ways to reduce global warming and could make a huge difference to the rate of climate change. The main reason is that industrial farming causes the production of methane. Methane is ten times more active in causing global warming than CO2. It is the second main factor for global warming before transportation! 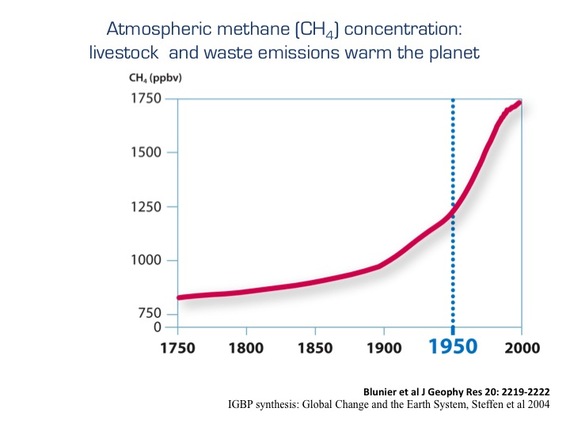 It just takes one second to decide to stop. It doesn't create any huge chaotic changes in our life. It's just that we eat something else. It's so simple. A small effort can bring a very big result for animals, for the disadvantaged, for the planet, for our own health. A sensible mind can see this is not an extreme perspective. This is a most reasonable, ethical, and compassionate point of view. 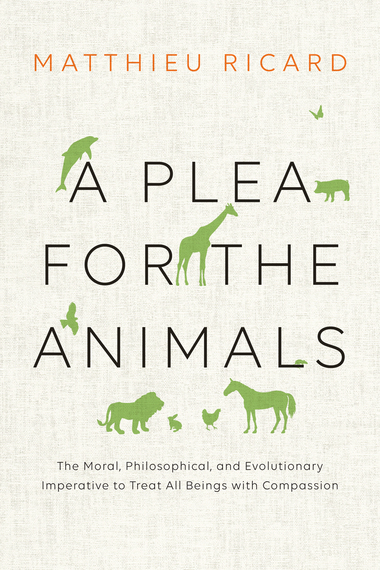 -- Excerpt from A Plea for the Animals by Matthieu Ricard (Shambhala Publications, 2016)
(Thank you to Shabkar.org)