On Christmas Day in 2005, during my junior year of college, my mother gave me a copy of the Small Business Opportunities magazine in my stocking. To this day, I can still remember the headline jumping out at me: "College Student Makes $300,000 In A Month." After briefly skimming the article about the student setting up an affiliate shopping site, my mind was was made up -- I was going to start an internet business. 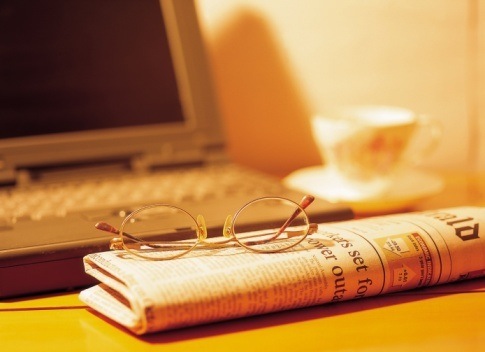 I never ended up mailing the stack of resumes and cover letters for internships at Lehman Brothers, Goldman and other financial firms. Instead, a friend of mine and I created an internship position on several job recruiting sites calling for the nation's top collegiate journalists and media makers to join "The New York Times of college publications." That night, as I went to bed, it hit me like a ton of bricks: Did I seriously just bail out on applying for legitimate internships to start a national collegiate news site with absolutely no technical or media experience?

After several beers, a night of tossing and turning, and 24 hours of avoiding internet access, I finally checked my e-mail. We had received over 100 applications within a day and ended up receiving a total of over 300 by the time the listing expired after three days. The magazine headline that planted the seed for my interest in entrepreneurship quickly faded to the back of my mind. I was hell bent on giving students at the peak of their intellectual curiosity and development, a platform to share their new ideas and beliefs with the world, and CampusWord was born.

The next 18 months of my college career could be described as fearlessly trying to row the boat and plug the holes at the same time. I andCampusWord's other co-founders, Greg Rogan and Kevin McCarthy, had little technical experience on our side, so running our website in the early days was always an adventure. With little to no money, we were forced to outsource our development efforts to countries like China, Vietnam and South America.

To give an example of what life in the tech fast-lane was like, at one point during the summer I was on my way to meet the parents of my then girlfriend for the first time. They knew little about me other than that I "ran a news website." As I walked in the door ready to turn the charm on, the conversation quickly moved to CampusWord. I began giving my best speech about the importance of hosting an open platform for students across the country to share ideas and opinions. I was really on a roll. As we migrated over to their computer to view the site, I continued to ramble on as I typed in the domain. My gaze turned to the screen and rather than seeing a vibrant homepage of student contributed articles, there was simply a black screen with a picture of a masked man with a ticking time bomb and some questionable text in a different language. Needless to say my confident rambling quickly turned to broken and confused sentences as the grandmother's face turned white. I assured them this wasn't our site, I wasn't a radical extremist of any sort and that we must have been hacked. Soon after, our hosting company confirmed a number of sites had been hacked and they corrected the problem. Regardless, the dinner conversation was stilted to say the least.

At its peak, CampusWord's network included over 100 of the nation's top collegiate journalists and media makers and drew an audience of over 100,000 unique visitors a month. Ultimately, though, CampusWord didn't end up turning into a big, successful business and never made $300,000 in a month, as promised by the Christmas stocking magazine. This was mainly due to my lack of understanding of true marketing scale, and partly because of our team's ideological desire to keep CampusWord in the hands of students -- not to mention that we decided to pursue what we believed to be a bigger opportunity in creating a large-scale news aggregation technology that now powers our current properties, BostonInnovation and Pinyadda. We are, however, proud of the fact that our staff of contributors from CampusWord have gone on to work for top media companies like Politico, CNN, Mashable, NY Daily News, TV Guide, The Onion and many others.

I consider an entrepreneur to be someone who creates something out of nothing. Good entrepreneurs create something of value out of nothing. While we certainly would have liked to have created more monetary value from CampusWord, we created value developing the foundation for our current business and in helping launch some very promising careers for others. When you see true value delivered to your users and customers from work your team has done with little to no resources, or your former employees enjoy success, there is no better feeling. And that is why I am an entrepreneur.