My apologies for my lapse in posting. For this week, though, a guest blogger with an important announcement:

Our country has come under attack in recent weeks for our vitally important effort to protect our traditional Russian values, as well as the purity of the upcoming Winter Olympics at Sochi. But we will not cave in to Western pressure as we fight those elements spreading the gay propaganda that threatens to undermine the traditional Russian family, that bulwark of decency and stability for our beloved homeland.

In fact -- and recognizing that 88 percent of our good Citizens approve of our efforts to curb this gay propaganda -- it is our intention to expand the great crusade that we have undertaken. And so, my dear fellow Russians, with this proclamation, I hereby declare a ban on the music of one Peter I. Tchaikovsky, by now long discredited by scholars at home, and abroad -- not that we care what foreigners think -- as an artist of indisputable and definitive homosexuality. Yes, there are no openly homosexual characters in any of the composer's eleven operas, but there is evidence aplenty of the dangerous, decadently gay tendencies that pervade so much of his music.

How else to describe the flamboyant emotion, feverish climaxes and general hysterics of his overwrought music than as the very essence of homosexual propaganda? 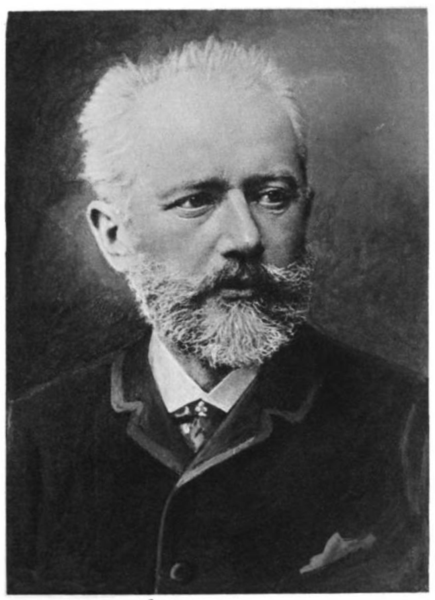 No longer can we tolerate the effete elegance that we hear in his "Serenade for Strings," nor the puerile fantasy everywhere apparent in his ballets! Need we even bother to mention the oh-so-flagrant national embarrassments that are the Sugar Plum Fairies?

Indeed, my fellow Citizens, it is time to undue a great injustice and focus Russian ears anew on the sounds of the good, true and masculine Russian composers. Let us embrace, instead, and with abundant fervor, the great Mussorgsky, who immortalized the soul of the Russian people in each of his operas. Yes, he had a great weakness for the bottle, but who doesn't have a weakness for good, Russian vodka?

Let us celebrate with renewed vigor the orchestral genius of Rimsky-Korsakov, that scion of a great Naval family and a seaman who traveled the world proudly representing the Motherland. And let us rediscover afresh the great Borodin, who served his nation not only as an exemplary Russian composer, but also as chemist and doctor dutifully serving the Russian people.

Don't get me started, though, on that turncoat Stravinsky, who not only left his native land for the glittering gaiety that was Paris, but later became -- and my entire body shudders as I write this -- a naturalized American citizen!

Let me conclude by saying that there will be no tolerance given to those who disobey this, or any other proclamation, or who in any way attempt to undermine our noble campaign against insidious gay propaganda. The rainbows that will be seen in Russia will not be on the flags of the gay propagandists, but rather will be righteous signs soaring above the skies of our great cities when the scourge of the homosexual agenda has been fully eliminated.