The USA should listen to its young
Two opposing movements are being played out in American politics this election year. One movement, Trump's, is led by older folks. The Bernie Sanders movement is being led by young people. I go with the young people every time. I am for Bernie. 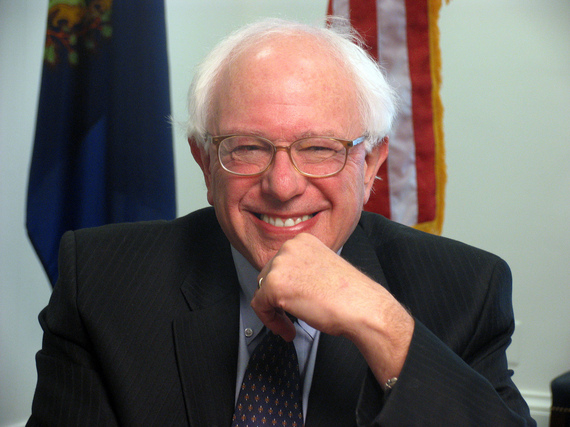 In the late 60's and early 70's I had the chance to see what young people could do for hunger at home and abroad. Through the Walks for Development we raised over $12 million dollars to fight domestic and international hunger. The magic was in our approach, the local volunteers ran their own show. They picked where the contributions went. We in the leadership merely oversaw distribution and accountability. Madison had 30,000 walkers; Chicago had more than 105,000 walkers annually; and Buffalo had 105,000 walkers among 301 walks for development across the nation. The raw power of energy and focus of high school students was tapped and money went into badly needed programs.

In the late 70's I got to see Peace Corps volunteers do their simple and clear duties to help in a small country surrounded by South Africa, namely Lesotho. My task as director was to find jobs for these incoming development workers. At least 300 came and went in my time as Director of Peace Corps Lesotho. Again, I got to see up close these college and post college graduates at work. This time, their work was in a very poor but exciting nation. Lesotho was, and is, one of best educated nations in Africa. The Basotho people welcomed our volunteers. Promising little and delivering a lot was our job in Peace Corps, and these volunteers delivered. Again I witnessed the energy and power of the young as a force for good work.

At Amnesty International in the 80s and 90s, I called on famed producer Bill Graham, Sting, U2, Peter Gabriel, Wynton Marsalis, Miles Davis, New Kids on the Block (to name a few) to bring young people in the human rights cause. Three big efforts got that done: Conspiracy of Hope in 86 in the USA, Human Rights Now in 88 around the world, and Hug to a Hope in 90 in Santiago, Chile. The musicians and Bill Graham delivered beyond our wildest dreams. We jumped in annual contributions from $3 million to $21 million and in membership from 35,000 members to half million. Once more, the young came, saw and conquered.

For the election of President Obama, the driving force was the young folks. Many inspired by Shepard Fairey's art and a promise of less war brought out volunteers across the nation and overwhelmed the opposition. Many moved into the White House.

Franklin Delano Roosevelt brought many youngish thinkers into his administration. He wanted a changed nation. He wanted to contain the rich and bring up the poor into a solid middle class. He saved many a family, including my own, with his social security program. When polio struck him, he saw the results in his own body but also in the young bodies trying to recover with him in hospitals. His stature in a chair is still taller than any President since.

Thousands and maybe millions have flocked to Bernie. They sense in him some hope that he will energize the nation with values that they deeply believe in. Every parent that sees their child in hike for hunger is proud; every mother and dad are proud of their child in Peace Corps as a volunteer; every parent wants their child to write letters in support of a prisoner of conscious and they too want their child exhibiting their belief in this nation's elections.

But... and it is a very large but...the press has not and will not play up that the young are with Bernie and are on the move like we have seen before. The audiences are packed with young people. They are going door to door for a 72 year old man. The young know what the old know; the country is lost right now. A minor shift will not cure it. It needs the young to come into our ranks. We need the young to make real integration become a reality. These young people are comfortable with all types of people. A welcome sign is out for all. They have their faults -- what with a near obsession with their computers and looking busy when few are really busy. But they are there. Their parents are proud of them and so am I.

So I tell my readers... I am for Bernie. The hope is not with Bernie, though I do believe that he brings us great hope. My hope is really with the young people that show up for him. I am for Bernie, and I have strong hope that young people will once again forge a new way for our country.