Right around his seventh birthday, my son Owen started developing a lot of fears. And over the following year, his fears persisted. Some even got worse. 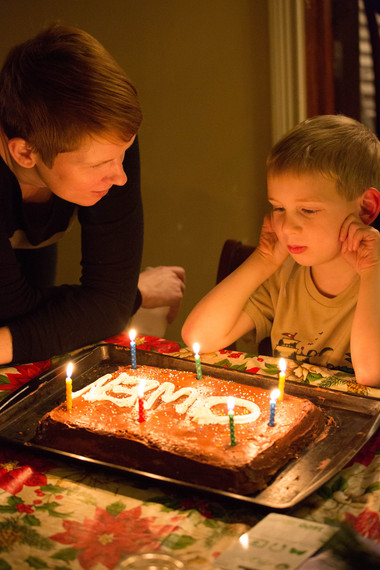 Mirrors. Windows. Dolls. The sound of an Android ringtone.

Though he's slowly starting to overcome those fears, for at least a year I found him, most mornings, wedged under his older brother's bed or curled into a ball by his feet.

Other nights, he'd come into my room in the middle of the night and stand next to my bed, looking miserable, until I woke with a start. I started making him a little nest on the floor next to me so that he could just crawl in without waking me all the way.

I'm not exactly sure what spurred Owen's fears, but he came by them honestly. From as early as I can remember until the time I was 9 or 10, I occasionally got scared and lonely at night. I remember creeping into my sister's room from time to time, looking for comfort.

After my parents divorced, my mom would occasionally relent and let me sleep in her bed at night, something she'd never, not for one second, entertained with me or any of my older siblings before that.

But I remember how relieved and comforted and safe I felt when I got to crawl into the warmth of her bed.

Some nights, I get annoyed with Owen when he makes one of his slowly-lessening 3 a.m. visits to my bedside. He's always been my worst sleeper, going through regular bouts of night terrors from about the time he night weaned until he was more than 4 years old. He did OK for a couple of years, and then this.

I've had kids in and out of my bed for nigh on 17 years now; truth be told, it's getting pretty old.

But as frustrating as it can sometimes be when bigger kids act in ways we think only little kids should -- whether it's bedwetting or bad butt-wiping jobs or irrational night fears -- the fact is that they are still children, and we are still the adults. They can't talk themselves out of being afraid. And we have the power to make them feel safe.

A power that I know won't last forever.

But maybe it lasts longer than we think. Remember the anthrax scare in the late '90s? I was an anxious new mother with a newborn when that was going down, watching it all play out on the news.

I remember telling my dad I was freaked out about anthrax, and he told me not to worry, saying something like "God has a way of looking out for young mothers." He said it with an easy confidence, and while I was 20 years old, a grown-up and a parent myself, I took him totally at his word. I never worried about anthrax again.

Parents have that kind of power.

The day is coming, and soon, when no small people will visit me in the night. When Owen will tower over me by inches, like his teenage brothers do. When I'll connect with him over jokes and homework advice and awkward hugs rather than full-body snuggles. When he wouldn't dream of crawling into my bed at night, even if he does lie awake convinced there's somebody in the closet.

So for now, remembering how small and helpless I felt as a young child, cowering in my twin bed, surrounded by stuffed animals and wishing the cats would come sleep on my legs, gives me the resolve to roll myself out of bed and turn on the bathroom light for Owen when he can't bring himself to approach it in the dark.

It's why I try very hard to be patient with him when he, once again, wakes me in the night to tell me he's scared. 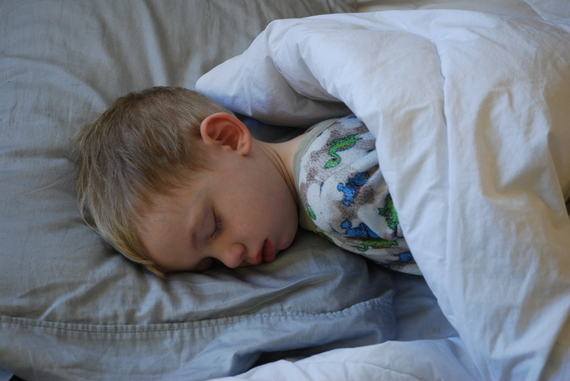 It's why for years, I kept a blanket and pillow on the floor next to my bed.

I'm sure others would say I'm being a pushover, creating bad habits, not doing my kids any favors. And yet.

But try as I might, I can't really control how my children will turn out one day, nor can I make every parenting decision out of fear that I might spoil or ruin my kids. My personal philosophy is to make parenting decisions I can live with, no matter what.

When Owen is afraid, he comes to me. And I want him to feel like he can always do that, whether he's 7 or 27.

I have the power to make him feel safe.

Why wouldn't I use it?