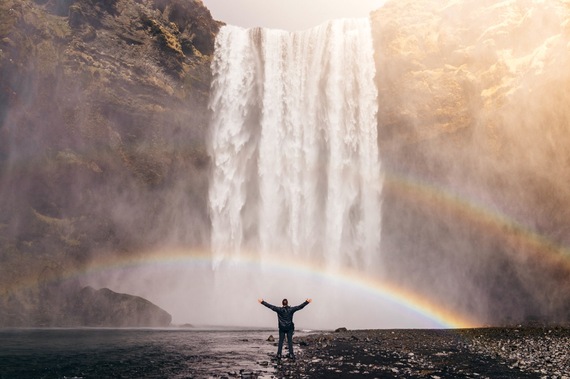 I came out of the mental health closet a couple of weeks ago in some moment of lapse in conformity where I believed I needed to publicly talk about my struggles and fight the stigma surrounding mental health issues. I've had nothing but support and inspired messages since, but do people still think about me in the same way? Maybe not, but I don't regret it for a second. The overwhelming statistics show that we all either have a mental health issue or know someone who does, but how many people do you actually know who have admitted to having a mental health issue?

It was only upon opening up about my struggles that messages poured in from people I've known all my adult life who have been through it all. Why did I not know about this before? People will air all manner of things on Facebook daily, but I've seen one, maybe two statuses regarding mental health during my regular Facebook newsfeed refresh. The stigma that surrounds depression leaves sufferers believing (wrongly) that they are weak and useless. They also believe (also wrongly) that they will be unemployable, shunned by their family and friends and locked up on a crazy farm.

Of course, people aren't expected to talk about all their problems, but there is a difference between someone not talking openly about their struggles because they don't want to, and someone who is too scared to because of the existing stigma. I'd bet my increasingly dwindling pot of life savings that the majority of people fall into the latter category.

Despite mental health not being talked about regularly, it is listed as some of the most destabilizing conditions worldwide, leaving illnesses like depression as one giant elephant in almost every room. So, to point out this elephant to everyone else, I decided to publicly "come out" on my friend's blog The Artistic Collaborative.

Naturally, as soon as the article went live I was convinced my world was about to implode on me, but it never made me want to change my mind. Clearly, my world is still very much intact. I went public for the very simple reason that I wanted to use any platform available to me to try and tackle the stigma that exists, because it's simply done too little by too few. I also didn't want to hide it anymore like some shameful family secret. I'm proud that I suffered from depression, I'm proud that I got through it and I'm proud of who it has made me.

It is easy to assume that because someone has depression they're a ticking time bomb to be avoided. But let's not forget Steve Jobs (founder of one of the richest and coolest company in the world) had depression. Winston Churchill (voted the greatest Briton of all time) had depression. Buzz Aldrin (he flew to the moon) had depression. As detailed in my last article, depression and success can go hand in hand. So too can success and going public about your mental health issues.

I set up a blog on mental health issues over a year ago, but I never once managed to muster the courage to share this publicly. I knew that I was doing some good in tackling the stigma with my blog, but going public with this article was something I had to do if I really wanted to make a difference. I'm fully aware that I may be shutting myself off from future employment or relationships by being so open, but I'm okay with that. I've also been advised to lie to future employers, but where is the sense of principle in that? It's not fair for me to write about stigma online and then lie offline to further my career. If I do, I don't deserve this platform to talk about mental health. Besides, I didn't paddle down shit creek for two years just to sweep my struggles under a rug and lie to a manager with an elevated sense of self-worth to score that "perfect" job.

Mental health issues quite simply are not talked about enough, especially from men. They wrongly believe it will make them appear weak and less masculine, but real strength comes from admitting your weaknesses, not from keeping quiet and trying to make your biceps bigger. It's not enough to be reactive with mental health and suicide, the world needs to be more proactive. Mental health issues are a global problem, and require a global solution. The lack of conversation on mental health issues has led to a whole UK-based day dedicated to talking about it, appropriately named Time To Talk Day, but this needs to be every single day.

I do still wonder if some people will treat me differently now, or hold those archaic, stigmatized views against me. I also wonder if maybe I will get turned down from interviews that I go for. But honestly, I'm okay with that. It was a breath of fresh air going public. So what if some people treat me differently? I don't care much for those people's opinions anyway. So what if I don't get offered a job because of my mental health? I don't really want to be working there anyway.

If you're suffering in silence and maybe you're not quite ready to go public, at the very least get in contact with a family member, a friend or even me. Keeping it a secret feeds the depression, and it feeds the stigma. Ever heard "a problem shared is a problem halved"? Well, it's true, except it has the added benefit of potentially saving your life. It definitely saved mine.

Get in touch at hello@georgebell.co, find me on my personal site here, follow me on Twitter and check out my blog on mental health issues.