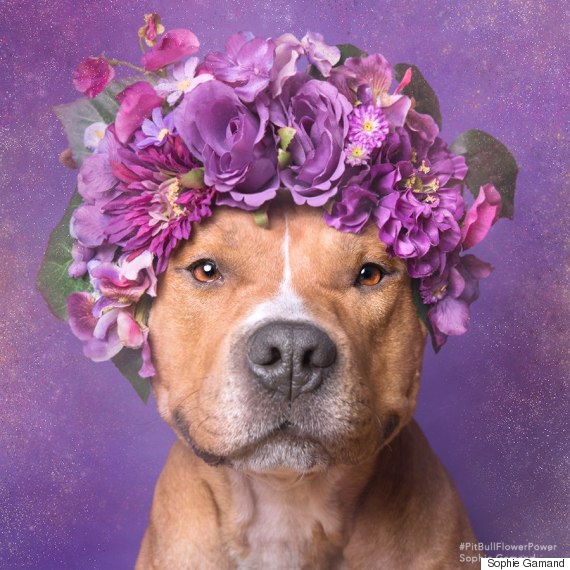 You've got a brown dog yourself -- a mutt, who you rescued from the local shelter, and whose new favorite pastime is having a good long nap on the sofa.

But after this brown dog ban is passed, your neighbor calls the cops. Complains that you've got an illegal dog.

Animal control comes by to investigate. Finds your dog snoring away.

Says, no, the dog isn't doing anything wrong -- except maybe taking up more than her fair share of the couch. But, all the same, you've now got two options: Give them the dog, who will go to the pound, where she may or may not make it out alive. Or, to save the dog, move out of town yourself.

You'd be devastated. And then you'd raise holy hell. Your dog is family. It can't possibly be right that the cops can just take your family member, and kill her, because they don't like how she looks. This is arbitrary. It's cruel.

This isn't how it's supposed to be in a free society like ours.

Except this isn't some made-up scenario. This just happened to a family from Ohio.

They'd adopted this dog, below. Her name is Lola. She's a good dog, and she'd been waiting for almost a year for someone to adopt her.

This family was very excited to love her to bits for the rest of her life.

Then the police came to their house. A neighbor had complained. The cops told the family that pit bulls are banned in their city. And they'd best get Lola out of town.

This is a dog who's done absolutely nothing wrong.

But now, instead of being a happy mutt at home with her family, Lola is back in the shelter, and the family has been stripped of their baby.

Whatever Lola wants, Lola gets…. Except a home. Miss Lola thought she finally hit the jackpot after waiting 8 months and...

Lola's story is far from unusual.

Earlier this year, I wrote about a truck driver named Nathan Stewart, who had his dog Sophie taken away from him while he was stopped overnight in Salina, Kansas.

Stewart tells me Sophie is deteriorating, being confined like this, in a cage instead of with her person. He's not doing so great either, given the circumstances.

UPDATE: ADOPTED!!!Who is ready for the weekend... Sweety, that's who! This lovely lady is a year and half old Pittie...

Your idiot uncle probably spouts off a lot about pit bulls. About their mythical "lock jaws," and all the rest of it.

Well, your idiot uncle is, as you already know, an idiot. Those stereotypes are untrue.

And as with dogs generally, most of them are smooshy lovebugs. Unfortunately, the few who aren't get the lion's share of attention. Which may make your idiot uncle feel awfully self-righteous in his prejudice, but doesn't make him correct.

Even if breed were somehow relevant to dangerousness -- which, it's not -- we don't know what breed most pit bulls actually are.

There is no single breed of dog called "pit bull." The term usually refers to dogs that are all or part of one of a few kinds of terriers -- Staffordshire terriers and American pit bull terriers, among them -- or who just look like those dogs.

But since most dogs called pits aren't DNA tested, in nearly all circumstances this designation is based on looks alone.

Which is a really, really inaccurate way of telling what breeds have gone into any dog's particular mix. Even breeders, veterinarians and shelter workers can be really bad a guessing a dog's genetic background just from looking at them.

Pit bull bans -- which are getting to be rarer, but still exist in hundreds of cities and counties -- don't make anyone safer, meantime.

That's why every credible group that's examined this issue has come out against laws and rules that target dogs by breed.

And yet, in many places -- like Lola's family's city in Ohio -- these bans persist.

As do more informal rules. Like landlords who make distinctions between dogs whose heads are blocks and those whose heads are a little more streamlined. There are even some shelters that won't adopt out pits.

All this means is that more dogs are in shelters, which means more of them will die. An estimated 800,000 to 1 million of them, per year, are euthanized in U.S. shelters.

Bonjour! My name is Pierre! I'm a sophisticated, 7 year old pup, who enjoys the finer things in life. I adore massages,...

A pit bull named Barky came into my family, pretty much by accident, almost 20 years ago now.

She died three years ago.

Barky never bit anyone; never turned on her family, despite what people like your idiot uncle say is their inevitable end. Barky was never anything other than our gorgeous, funny, particular, big-eared dog, the many years we had her.

Just by being her sweet self, she changed our lives.

Not only by bringing us so much joy. But also by opening all our eyes to a couple of things.

One was, how incomparably wonderful pit bulls' big ears are.

Another, how much of a stigma these dogs face. What an uphill battle it can be for dogs who look like her. Despite being nothing more, and nothing less, than dogs.

My brother is now a lawyer, who is working to end laws that target pit bulls. (Our parents are both proud and rather mystified that both their kids are on the pit bull beat.)

I asked him recently why this is how he's spending his career. He said it was because of Barky.

"Before her, I had never really given much thought to pit bulls," he said. "But when you actually experience prejudice firsthand -- people crossing the street, people saying things like they'll kill my dog if she bites, etc. etc. -- it changes things."

I agree with all of that. And I'd add one more thing into the mix.

Poverty, racism and sexism -- these are all incredibly complex social issues without easy solutions.

But this one is simple: Just treat pit bulls like every other dog.

It will honor Barky's legacy, and lead to Sophie and Lulu coming home.

And there is literally no downside. 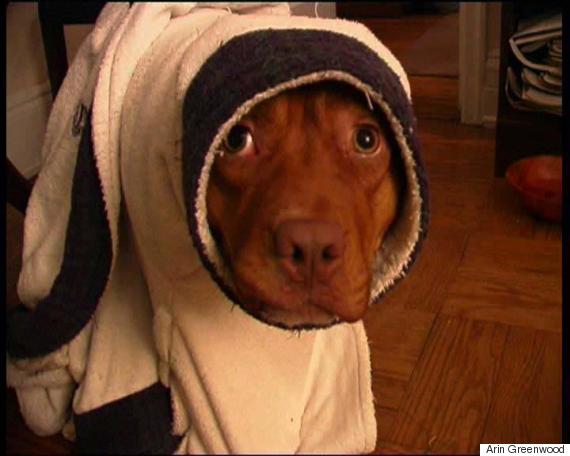 Barky used to let me dress her up as Mother Teresa. She was a very very good and patient dog.

Pit bulls have a way of bringing out the best and the worst in people.

Some people abuse these dogs in unthinkable ways, exposing how cruel humans can be.

Others do their best to incite hatred. They concoct false statistics to justify their prejudice against a group of dogs who happen to look a certain way; they try to convince others that millions of innocent pit bulls should be exterminated.

But then there are the ones who heal the dogs who have been viciously maimed. Who spend their days trying to make the law -- the world -- fair toward all dogs.

I include in that latter category the countless pit bull owners who quietly live good lives with their good dogs. (Yes, countless -- no one knows how many pit bulls there are in the U.S., since there's no dog census, but if you look around, you'll sure see a lot of them.)

Who show their neighbors and friends that pit bulls give and receive love just like any other dogs.

Who show everyone that the only difference between a pit bull and a dog whose head is less blocky is in how we treat them.

These are the people who are on the side of love and justice. I think they will be victorious.