My childhood best friend and I met when we were five years old. It was the first day of kindergarten, and my dad got a kick out of the fact that there was a "Rebecca A" and a "Rebecca Z" in our class, so he nudged me in her direction. By the time we were 10, we had a lifetime's worth of made-up games, dances and plays. Our families and our lives were so intertwined that she'd come with me to my Sunday morning Hebrew school class, and I'd join her at her Catholic church's five o'clock mass. Our older sisters were even close friends at that point.

Around the time we were 15, our friendship was briefly shaken by teenage hormones egged on by the gaping hole left in our lives when her mother died of cancer. Five years later, we celebrated our first landmark friendship anniversary -- 15 years -- by traveling through France, Italy and Spain.

This year, we marked our 20th anniversary by taking a road trip through the Pacific Northwest, officially making our quinquennial commemoration a tradition. We may have ended up on two separate coastal cities -- New York and San Francisco -- but we can both at least try to put aside some time for each other and save up money for an anniversary trip every five years. It may seem dramatic and annoyingly sentimental for a platonic friendship, but we are dramatic and annoyingly sentimental, and we're okay with that. 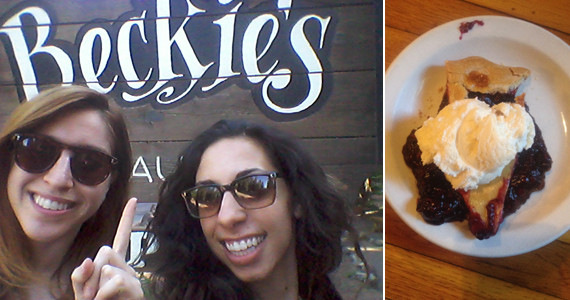 We found a diner in Oregon with our name (sort of).

Our trip began in San Francisco. As we made our way to Portland, we'd drive for three or four hours before stopping at rural lodges and hiking the beautiful trails we found en route. Inconceivable amounts of jerky and pretzels were consumed between diner breakfasts and slices of berry pie. We drank with older, questionably wise fishermen at dive bars; we got lost on deserted bucolic roads with no cell phone service and laughed as we tried to decipher a paper map; and we listened to the radio, singing songs that we knew the words to and mumbling the ones we didn't know just as loudly.

Days without our phones while driving on the road and hiking through the woods gave us a chance to talk, something we're both arguably too good at. We rehashed our failed relationships, admitting the faults we hadn't yet owned up to; we remembered the time I got stuck in her doggy door when I was six and she had to pull me out by my legs; and we talked about how much we miss her mother, imagining what she'd think if she knew we were still so close after all of these years. 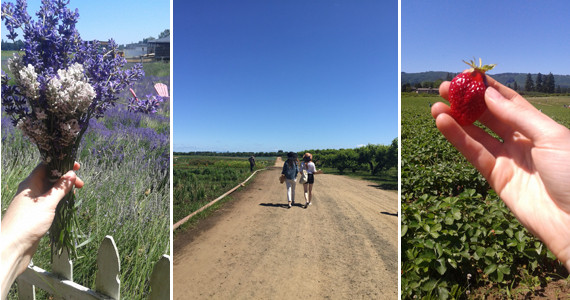 When we made it to Portland, we picked berries and fresh lavender on Sauvie Island. Rebecca's late mother's favorite scent was lavender, and it's what her house always smelled like growing up.

There were also moments when we sat in comfortable silence with one another, something I'm not quite as good at. We spent 45-minute stretches on hikes silently admiring Redwoods or in the car watching the pastoral Oregon scenery unfold before us. I never strain to fill the empty space with chatter when I'm with Rebecca, because we're beyond awkwardness -- there's nothing to prove.

When we hiked down to Oregon's Crater Lake, the sight of the ultra blue water left us with our mouths agape, wordlessly taking in the magnificence that came from a volcanic explosion more than 7,000 years ago. We didn't need to tell each other that the wonder was mutual. That moment was 20 years in the making, so words were superfluous.

After climbing onto the rocks lining the shore, we took off our shoes and dangled our feet in the water. We talked a little bit, laughing at a skinny dipper and remarking on the adorable family who had also come down to wade their feet in the water. But we also just sat there, enjoying the enormous sense of comfort that comes with lifelong friendship and silently acknowledging the invaluable roles we've played in each other's lives.

In that moment, I was glad we'd made a conscious decision to celebrate our enduring relationship in such a simple, momentous way. Society provides built-in days to celebrate romantic love, while platonic love tends to be considered secondary or lesser. Rebecca may not be my lifelong romantic partner, but she's damn important, and so are our five-year anniversary trips.

I'm aware that two trips before the age of 30 aren't exactly a lasting tradition make, and it's impossible to tell what twists and turns life will bring. But here's to many more years of stepping out of our daily lives and enjoying each other's company.

The photo Rebecca took of Crater Lake before we hiked down to the water. 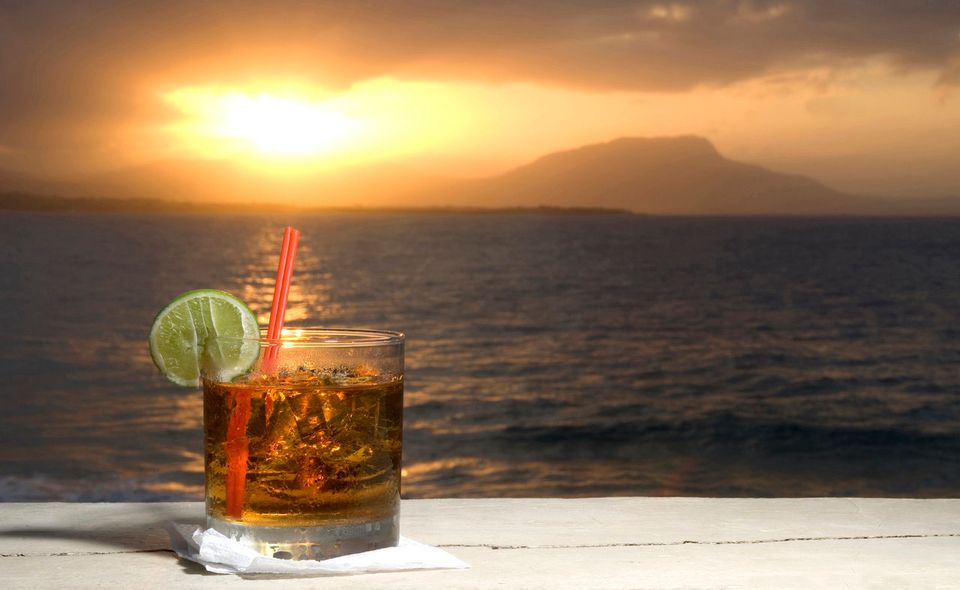