I used to be someone that couldn't walk to their locker by themselves in middle school. In high school, I sat in my car if I was meeting someone until they arrived. Even in college, I looked for a friend for every activity from gym classes to the library.

I was never good at doing things alone. I always knew this about myself, but I chose to embrace it rather than cower over it. It made me who I was, entangled with all of my other traits.

I always thought of myself as inhibited and reserved, but I think I missed the part when I grew out of that. Something in me had changed, and it wasn't just lately. It was only lately that I noticed that I wasn't so afraid of my own company as I used to be. I found I was confident to take the world on my own.

This year I traveled alone for the first time and it wasn't the experience I expected. Luckily, I had a second chance in May when I was going to Europe with my family, and I opted for a 2-day solo trip to Lisbon, Portugal on my way back to the states.

I chose to take a chance on myself once more, and I'm so glad that I did.

Even the first thing I did when I arrived in Portugal shocked me - I took the bus. I didn't take a cab like I did even in New York City when I was afraid of the subways. I decided to save the 15-euro for something better, and I took my chances. I found my way to my first hostel experience that morning, safe and sound.

I made friends just one hour from checking in. I was intrigued by the whole idea of a hostel and that it was absolutely nothing like the horror movie. I quickly got myself together to start my adventure. I wandered without a map until I found a spot to get lost in while I watched the Portuguese navy set up from the Praca do Comercio. 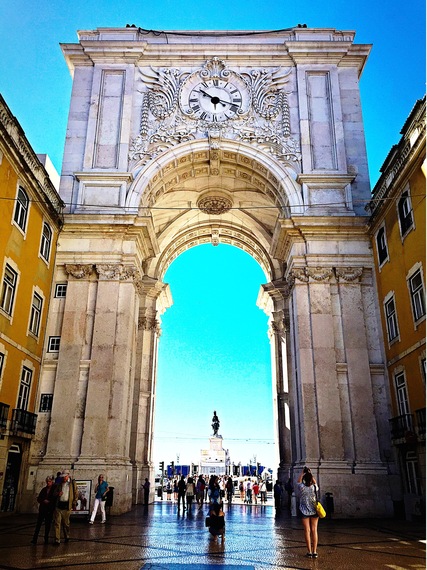 After letting the thrill of uncertainty sink in, I elected to take a walking tour. I never double-checked the time so I sort of missed mine, but another one was starting in the same meeting spot so I spontaneously joined in and made friends quickly.

It was that afternoon that I ate alone at a real restaurant for the first time. I chose it because it had Wi-Fi. Well, Wi-Fi didn't work. So instead I enjoyed my food slowly, and killed a mini bottle of wine to myself. It really wasn't as bad as I thought it would be, and I patted myself on the back as I left to go uphill.

I wandered into the hills of Alfama, sans map. Later I learned that everything was a straight shot from my hostel, but I didn't care. Getting lost alone in those windy and narrow streets was a dream. Finding the landmarks and seeing the magical view by just following my intuition was far more appealing than analyzing a map. 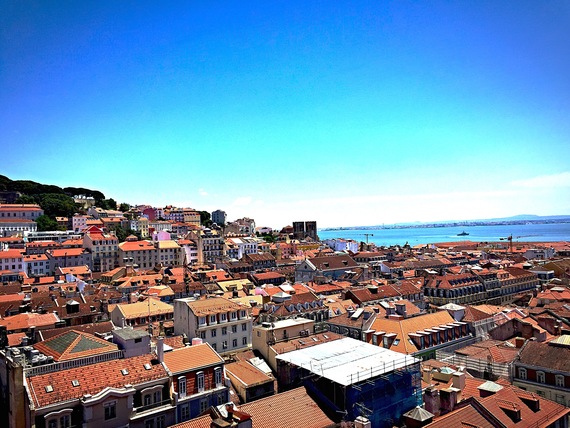 I saw almost everything I wanted to see in my first day and I was proud of myself for walking 35,000 steps alone to do it. I fell in love with Lisbon that day, and I knew it would have a permanent place in my heart. Choosing my own plan, charting my own course, and picking the time to do it all made me feel more alive than ever.

That evening we had a family hostel dinner and my list of friends grew. Naturally we all went out together, and we danced and sang our way through Bairro Alto's bars. That was until I locked eyes with a handsome foreigner and continued on another adventure that led to me watching the sunrise from a club on the beach at 7am. I had never felt more spontaneous in my life than on this day. 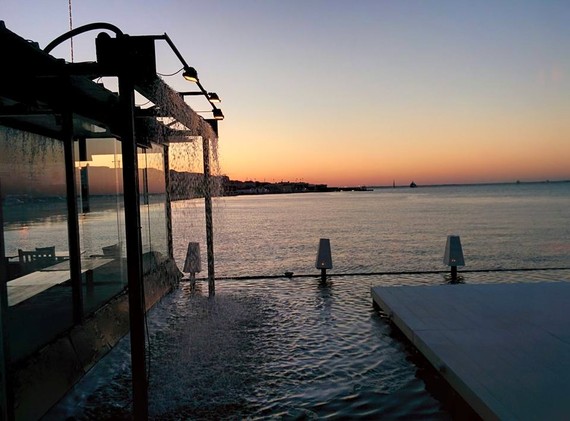 I allowed myself a 3-hour nap after returning from the club before jetting off to my next excursion. This time I had to figure out the metro system, and I applaud myself for getting to Belem without a hitch. I rewarded myself with yumminess from a food truck and laid down on the steps in front of Belem tower while a jazz concert played in the park behind me.

I saw monuments, towers, monasteries, and I continued to reward myself with the town's delicacy from Pasteis de Belem before heading back to the city center. Everything took my breath away as I walked around smiling without needing to know where I was going and learning to be okay with taking a ton of selfies. 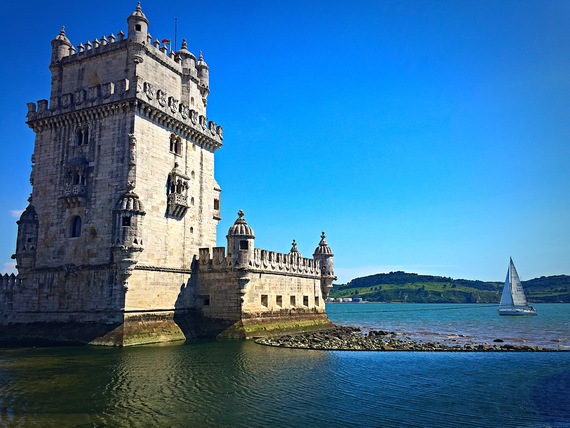 My list of things I wanted to see had been 75% checked off in less than 48 hours and I did it all with meager planning - a direct contradiction to my normal uptight and nervous personality. I realized I saw more when I was carefree. I realized I felt and I lived more when I let go of expectations and routes. I realized it by being alone.

A last supper, a last view, and a last day of 35,000 steps took me to the end of my trip. I was beyond sad to leave this city, but I promised it that I would return to its cobblestone streets. This is just the beginning of a journey for me. This is just the beginning of a lot of things that I didn't know I had in me. I can't wait to attack it all with my own company. 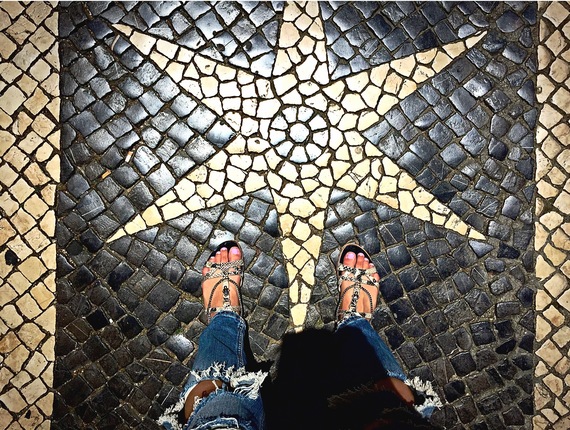 I used to be someone that couldn't walk to their locker by themselves in middle school. Now, I'm the type of person that can discover the world without being afraid. And I can't wait to see what adventures this newfound strength brings to me.

Single writer falling in love with life in NYC and around the world. Founder of: www.singlestrides.com