It wasn't because I was horrible at taking my birth control pills as consistently as I should have.

Although, honestly, I was.

It wasn't because I felt a moral obligation to see the consequences of a sexual act through. I didn't consider myself a stronger, more compassionate or all-around better person for deciding to continue with an unplanned pregnancy.

It wasn't because of a specific religious belief or an immeasurable pressure from a pro-life partner.

I didn't feel cornered by a sense of social justice or religious integrity.

It wasn't because I feared severe condemnation if my decision didn't align with someone else's. I wasn't so sick-to-my-stomach concerned about someone else's opinion that I attached myself to an outstanding obligation for the rest of my life.

It wasn't because I wanted recognition for my change of heart or altered life choice, which would have undoubtedly been used as a measure of responsibility or maturity or a newfound sensibility that relative strangers would be all too happy to praise.

It was because I had a choice that I chose him.

When you don't want or plan or hope for a child, and end up pregnant, people assume you're stuck. They assume you no longer have an option and you're bound to the natural consequence of a few sultry and, let's face it, wonderfully sexy decisions. They'll whisper about the perceived "end of your life" and how ill-equipped you are for the road ahead.

People speculate that the stigma of abortion will be enough to coerce you into a decision you aren't happy about. They'll shake their heads in sympathy, wondering what could have been if you hadn't unexpectedly procreated.

And for some, perhaps, that's true.

Hell, I could have done both without anyone knowing, avoiding the judgment many of you are feeling towards me right now.

I chose to have a baby because, for the first time in my life, I felt ready. I was financially stable -- which is odd to say in this economy, and at 26 -- as was my partner. We looked at bank statements and balanced check books and felt comfortable, knowing we wouldn't be living paycheck-to-paycheck with another mouth to feed.

I chose to have a baby because I knew the man I was going to have him with. I knew him at his worst and at his best, and while I heard whispers of doubt and questions of our relationship's validity, there wasn't a doubt or question in my mind. I was confident that we could withstand the unknown and, what's more, I was looking forward to facing it with him.

I chose to have a baby because I knew myself. I had fallen enough times to know my own strength. I had been alone long enough to know I could be responsible for someone else. I had screwed up so beautifully that I knew I could handle the ugliness my child would, undoubtedly and inescapably, face one day.

I chose to have a baby because when I saw his face, I knew him. He was in black and white, fuzzy at times and shy at others, but I recognized him. He was the face I'd seen in dreams I couldn't remember. He was the answer to a question I had never asked.

I chose to have a baby because, while I was terrified, the fear didn't outweigh my excitement. It was strange to feel thrilled for something I had fervently believed I never wanted, but that strangeness was welcomed -- like the first breeze of fall or the smell of impending rain or the heavy air of a first kiss.

I chose to have a baby because hearing his heartbeat was like hearing my own on the day I met his father: rapid, strong and a palpable promise of a hopeful future. Even though I was hearing him for the first time, I knew I had heard him before.

I chose my son because, when the moment came and I had the option, he felt like the only choice to make.

I am not a superior person for choosing him. I am not worthy of praise, or a story of religious morality done right. I am not a reformed woman, who came to her senses in a moment of desperation and, thankfully, came out of an unplanned situation stronger or better or even slightly improved.

I was a woman with a choice, and when my son asks how he came to be, that is what I'll tell him.

I was horrible at taking my birth control pills as consistently as I should have.

And I chose him. 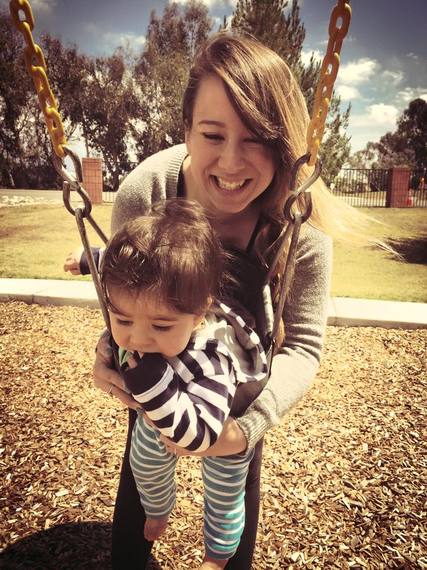