There was quite a reaction (pun intended: about 99% positive) when I told WBEZ last week that I absolutely support the Occupy movement. I believe that what these people are doing is the very definition of courageous. The people camping and marching should be admired for doing something that many people are too lazy or fearful to ever even consider. 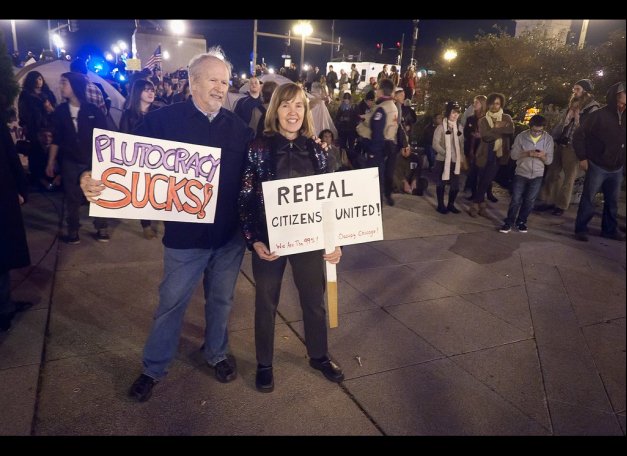 
I was in New York a few weeks back, when the movement was beginning to gather steam. Curiosity took me to the protests, which at that time weren't really being widely reported. The common narrative then, and one that has persisted about these protests, was that these "kids" were nothing but a bunch of "smelly" "druggies," who were too dumb or entitled to get a "proper job."

Unsurprisingly, this turned out to be simplistic bullshit. I was so impressed by the breadth and intellect of the people I talked to that day that I decided to join in. I've been a supporter ever since. Just read some of the signs if you don't think these people are smart. 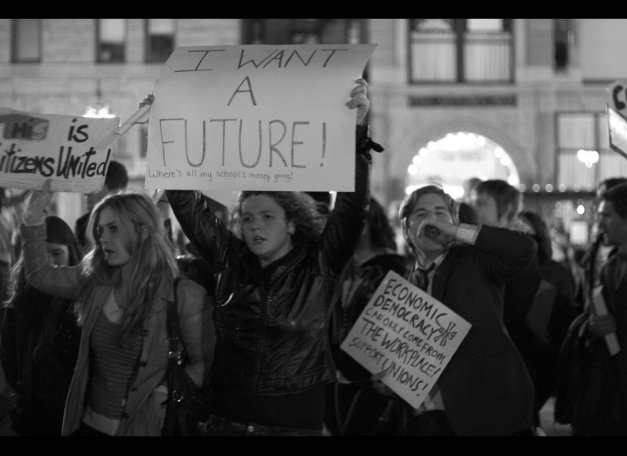 The constant media whining about the lack of message and leaders of the Occupy movement is, frankly, ludicrous. Life doesn't always fit within nice little succinct 30-second packages. In fact, it rarely does.

Right now, this movement is more about expressing a feeling of revulsion and anger about where our society is. It's about creating a community, united by their loathing of the corporatism that has rinsed the vast majority (middle and working class) of Americans for the benefit of ultra-wealthy, over the last thirty years.

Last weekend about 175 protesters of Occupy Chicago were arrested in and around Grant Park for not leaving the park when it was "officially" closed. I don't support these arrests... I don't blame the police, who I'm sure are well-aware of the history of protests and Grant Park, who were following their orders and exhibited a professionalism and respect that was lacking in many similar scenes from New York.

I think the size and nature of this protest, however, should have meant that the specific rules be overlooked just this once. We have rules and permits for protests and, as a representative of Chicago City Council, I would be exhibiting a high degree of hypocrisy and malfeasance if I didn't encourage future Occupy protest organizers to take compliant actions.

I write this blog supporting the movement with some trepidation because I've always been fairly adverse to politicians showing support for protests. The cynic in me typically assumes politicians come out in support of protests for political expediency and/or media attention. But now I am a politician and I'd be at fault if I didn't use my influence to support a movement that I find so commendable.

Occupy Chicago's mission statement is that they're "here to fight corporate abuse of American democracy in solidarity with our brothers and sisters around the world."

How can anyone possibly disagree with that?