The South African government has recently granted parole to apartheid assassin, Eugene de Kock. De Kock was once considered the face of evil that tortured and killed dozens of South African activists during the apartheid era. He was sentenced to life in prison, but recently paroled after twenty years. The Justice Minister said that he released de Kock "in the interest of nation building and reconciliation." While in prison, de Kock was visited by some of his victims' relatives and sought their forgiveness. Jane Quinn, the sister of one of his victims, noted: "I don't think we should be undoing the process of punishment for apartheid crimes before we have completed actually doing them." On the other hand, some of Eugene de Kock's other victims' relatives have said they have forgiven him.

We all have been admonished to forgive wrongdoers. Some of us have had the experience of an apologetic person pleading for our forgiveness. The Christian scriptures instruct followers to forgive. Self-help gurus argue that unforgiveness "eats you up inside." On the other hand, forgiveness sets you free. But what exactly is forgiveness? 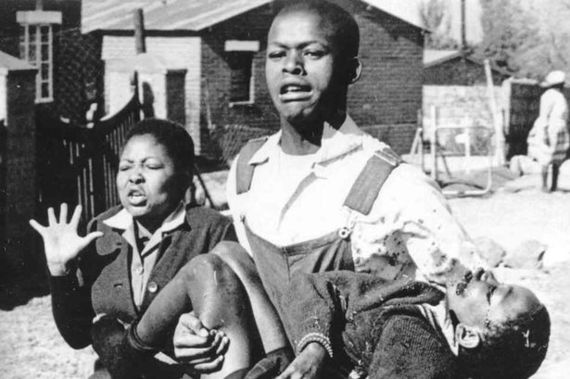 Contemporary philosopher, Lucy Allais, notes that forgiveness is distinct from excusing, justifying, and accepting -- for all of these are ways of coming to see that there is nothing to forgive. For her, a person who forgives knows that wrongdoing is not excusable, justifiable, or acceptable and yet they still forgive. Forgiveness is seeing that blame is appropriate. It does not fail to take wrongdoing seriously nor does it fail to hold others accountable. Allais claims that forgiveness starts where appropriate resentment begins, for it involves giving up this appropriate resentment. For Allais, forgiveness is a way of "seeing with feeling." You see the wrongdoer better than their actions warrant seeing them although forgiving them doesn't change your view that their actions were inexcusable, unjustifiable, and unacceptable.

A More Radical View of Forgiveness

My own view of forgiveness challenges the idea that there should even exist such a concept. Like Butler, I believe deliberative and appropriate resentment is an emotion we have that has the power to help us prevent wrongdoing and also bring wrongdoers to justice.

And after an injury is done and there is a necessity that the offender should be brought to justice; the cool consideration of reason, that the security and peace of society requires examples of justice should be made, might indeed be sufficient to procure laws to be enacted, and sentence passed: but is it that cool reflection in the injured person, which, for the most part, brings the offender to justice? Or is it not resentment and indignation against the injury and the author of it? I am afraid there is no doubt, which is commonly the case.

I think Joseph Butler will agree with bell hooks, that if we view our indignation or resentment as evil, we will also lose the vision that it takes to bring about transformation. I value resentment for these reasons and more.

Resentment is an indicator that moral judging is taking place. Resentment is not just some feeling we have. It is an emotion that has intentional and cognitive content. It is a judgment that someone or something has gone wrong. Resentment is also tied to self-respect. Someone who has resentment towards a wrongdoer is asserting, in some ways, his or her own self-respect or the respect of others. They are saying that a person has a right to be valued and respected. A wrongdoer violates the respect of others when he or she wrongs them. Resentment towards that wrongdoer is an announcement of and demand for respect. This is why Frederick Douglas felt that he had gained his manhood in his fight with his master, Covey. His anger and resentment was a sign of him asserting his own self-respect to a man that had no respect for a young, black slave.

It is for these reasons that I cannot view forgiveness as a letting go of resentment or as modifying resentment towards a wrongdoer. Appropriate resentment plays too much of healthy role for the victim. I also believe in justice, although the details of what justice (i.e. punishment or corrections) should look like extend far beyond the focus of this essay.

Someone may get concerned and ask, "What about peace and love?" Allais suggests that we should forgive where there is an ongoing relationship where you want to continue to relate to each other and move forward. For her, in our private relationships this will be looking at the wrongdoer in a better light although one does not excuse what they have done.

But what about public cases like the example of South Africa? It is cases like these that really grind my gears! Historically, religious institutions and governments have persuaded the oppressed to forgive the oppressor. This has been preached in the name of Christian ethics and in the name of reconciliation within the state. The oppressor is exempt from state prosecution or is given much mercy, while the oppressed are persuaded to undergo the psychological challenge of forgiving them. This does not extend just to South Africa. Victims of genocide in other parts of the world have been asked to forgive their murdering neighbors. The descendants of slaves have been asked to forgive former slave owning families.

There has been lots of telling the oppressed what to do, while the oppressor usually goes free. Those who proselytize forgiveness on behalf of the state act as if forgiveness is some magic word. If "I forgive you" is spoken, somehow some believe, it will erase history, lighten the oppressors' guilt, and make the world peaceful and jolly again.

We ask the oppressed to do so much: take their abuse, survive their abuse, don't seek revenge for the abuse, and then forgive those who abuse them. What are the oppressors doing? In South Africa they are getting out of jail early for slaughtering black lives or never facing prosecution at all. Where is the justice, the moral judgment, and the respect for victims?

If governments were really keen on forgiveness and reconciliation, they would release all of the men and women locked up in prisons. But they won't. Most of these prisoners are not former state workers who followed government orders or once embodied racist state ideology. Most of them are not privileged. They are citizens: poor, political prisoners, or people of color who something illegal (maybe) and got caught. It seems as if the message is that only the once powerful wrongdoers deserve and require forgiveness and only that forgiveness is needed to move the nation forward. As for the reconciliation of these "other criminals", they need to do their time. This is twisted logic if you ask me.

The purpose of reconciliation and forgiveness rhetoric is to excuse state atrocities, erase the state's guilt, restore their image, and go on with life as usual -- not to reconcile hearts and strengthen communities. This is a fairy tale way of governing people. It is also a biased way.

Until countries get serious about wrongdoing, don't mention forgiveness to the oppressed. Accept their anger, their resentment, and their demand for self-respect. Don't ask them to do any emotional or psychological work. It is you who have work to do. Administer justice! Fix inequalities! Right Wrongs! Prove that all lives matter! And then maybe we can start talking about "feelings."