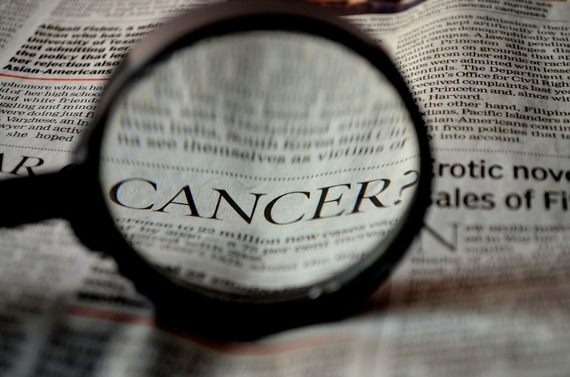 Recently, someone approached me and reminded me that October is "breast cancer awareness" month. They asked me to support their efforts to launch a campaign in the fight against breast cancer, and when I politely declined, they were surprised. They had assumed that as a cancer survivor myself, I would be fervently supportive of their efforts to fight the war against cancer.

Mother Teresa once said, "I was asked why I don't participate in anti-war demonstrations. I said that I will never do that, but as soon as you have a pro-peace rally, I'll be there."

She offered important insight, and in a similar vein, I support any effort to promote and advocate health-awareness programs!

Consider this. Think about all the money we spend on waging war: wars against drugs, wars against poverty, wars against terrorism, wars against heart disease, wars against cancer and so on. We are constantly being bombarded by advertisements and campaigns encouraging us to go for earlier and earlier detection tests of all kinds, which again only encourage us to focus on looking for illness! We are also continually being asked to donate to all these "wars against illness" and to the research associated with them. Now imagine if we were to put the same amount of money, energy and focus into "waging health awareness programs" instead. Think about what a different outcome we would have.

The problem is that our health care system, as it stands now, is much more focused on our illnesses than on our health, perhaps partly because there is much more money to be made from illness than wellness.

Most people don't really know what true wellness is. Most people have no idea what it means to take care of their health, and have no idea that our physical well being has a LOT to do with our mental, emotional, and spiritual well being! It's all tied together! Physical illness does not happen in a vacuum. There are reasons why your immune system becomes depleted, making you more susceptible to illness.

If it were up to me, I would want people to know that diseases and many other life-threatening ailments are not just medical issues. Their cause can be rooted in our emotional or mental wellbeing, or our environment. We are putting all our energy and research dollars into looking for medical cures. We are spending billions of dollars on making everyone aware of cancer, heart or kidney disease, diabetes, etc., by focusing our time, money and energy on finding such cures -- which in and of itself has become an industry -- yet the numbers of people getting these diseases do not seem to decrease. And I'm not just talking about age-related illnesses; I'm talking about illness in the young, as well. Until health caregivers start to focus on health, instead of illness, and until researchers look deeper into the connection between disease and our emotions and our lifestyle, we will not find a cure in medical research alone.

When someone is diagnosed with cancer or other life-threatening illness, the focus needs to be not just on his or her physical state, but on his or her emotional state as well. Perhaps even more so! Ideally, they need to be asked questions by their health care provider along the lines of:

• Do you love and value yourself?
• Are you happy?
• Are there people in your life who matter to you and to whom you matter?
• Do you feel your life has purpose?
• What are you passionate about?
• What brings you joy?

Until we start to really take seriously the connection between our emotional and mental well-being with physical illnesses, we will still be poking around in the dark, looking for a cures. And until the medical industry changes its focus from one of purely searching for illness to one of promoting wellness instead, we will not see a significant decrease in the numbers of people being diagnosed with disease. Let's wage health, not war!

Speaker and bestselling author of 'Dying to Be Me'