I don't have a photographic memory, but I can tell you exactly what I was doing on November 1st, from 2008 to probably 2012. My head was tilted to the side, probably leaning on some doorway, either in reflection or in search of a two-second nap, and I was watching my kids, in a moment when they were calm, and marveling at how far they'd come. I was probably even saying to myself, "Look how far they've come," then turning to NICU pictures, reminding us all about bilirubin lights and suck-swallow-breathe prayers. Still very anchored to their beginning, I knew the moment Prematurity Awareness Month started, I probably woke up at midnight to pin a purple ribbon somewhere and visit the March of Dimes site.

As years have passed, new stories have piled on top of the preemie stories, and, although they are always there, I have to brush the dust off a bit to go through the pages. A week into this November, I looked at my kids, and leaned my head towards the doorway, possibly looking for another two-second nap, and remembered.

It's November, you guys! It's November! This is a month for preemies and you guys are preemies -- you're so big now. Do you want to see how...

You tell us this every time, Mom. We kno-oow, McKenna not-so-lovingly interrupted me, trying out the eye-roll, a developmental milestone of age 7.

And then someone pulled the arm off a Transformer and then I think something spilled and the conversation was over. But I took those few seconds. I found them somewhere in the day and I keep sneaking them in when I find them. I've thought about the beeping of monitors and untangling cords and that walk into the NICU when our favorite nurse caught us on our way in, announcing that McKenna was finally off the ventilator. I've watched bike rides differently and tried to appreciate the noise around here, and have just reminded myself that we are lucky.

Four of my five children were preemies. Things could have turned out much differently, and in some ways, they did. Losing one will forever remind me how close we were to losing two or three or four. Three of my children defied the odds; one tried to, but her little body just couldn't. My story of birthing preemies and daily NICU vigils has slowly become their story of being here, sticky-handed and snaggletoothed. Today they are more interested in the Frozen soundtrack and where I moved the Halloween candy than pictures of where they began.

For now, it's my job to remember November. To take out the memories and share them despite eye-rolls. To remind my children where they came from, and how long it took them to get to where they are right now. As they head into years of small problems that seem huge to little selves, I'll take out their stories of fighting hard and tell them how indestructible their spirits are. A part of them will always be those tiny babies, surviving in a world they weren't quite ready for.

If forgetting how they began is part of their job, then reminding them is part of mine. 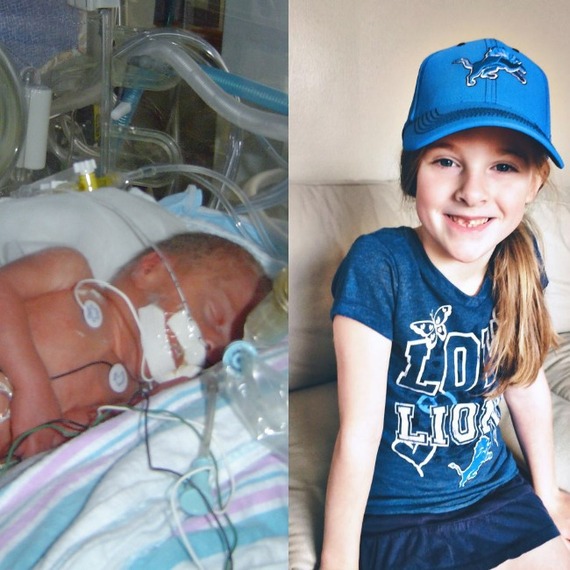 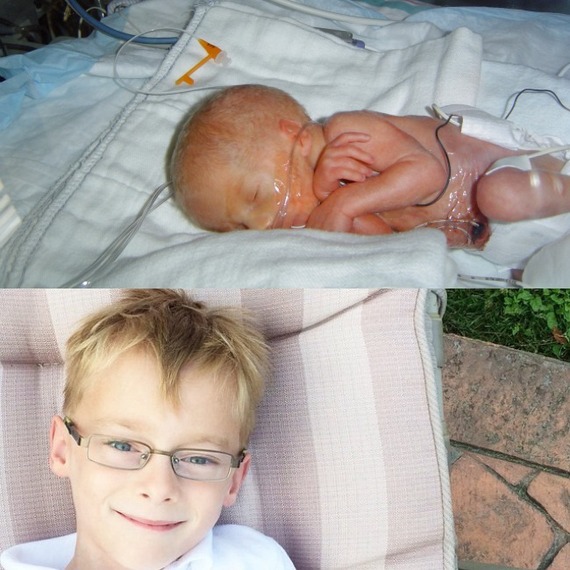 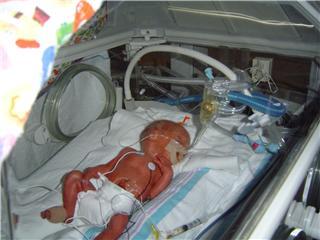 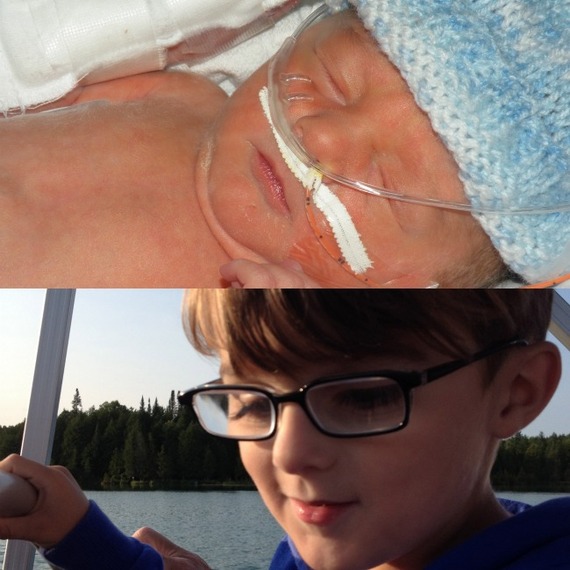 This post originally appeared on the blog, Four Plus an Angel. You can follow Jessica's stories of motherhood with preemies, autism, loss and more on Facebook.

5 Reasons Why Preemies Are Completely Inspiring

Writer, Four Plus an Angel