Sheila Siegel, a retired clinical psychologist in Los Angeles, first saw slavery in a shop in Jaipur, India. She had gone in to buy a traditional round, embroidered cloth, and sat to wait at the vendor's welcome behest. A barefoot, malnourished boy brought her a cup of tea, wafting with cinnamon, cardamom, and spices. She noticed how quickly the tea boy fetched it for her. It was slavery, she realized, hiding in plain sight.

Today Siegel is one of seven inspiring supporters profiled in the original Free the Slaves film series, "Why I Free Slaves." Siegel has become a recurring FTS donor, and more. In Haiti, India, Nepal and Ghana, Siegel has trained field staff to counsel and heal traumatized former slaves--to help them rebuild their lives and stay free.

"I free slaves because I can't not! In my life" Siegel says. "I have always been an activist. I know it touched a place in my heart where I have an ache to do this. I will do this until I can't walk anymore."

Siegel retired several years ago with more than 40 years of experience. She was terrified of leaving her professional life behind. She had no idea what she would do with her time. "I was really worried about what retirement was going to look like," she says.

About a year before she was set to retire, at a crafts fair in Michigan, Siegel bought a small photograph by Lisa Kristine, the renowned humanitarian photographer, of young monks in Bhutan. It set in motion the events that led to Siegel's remarkable contributions to Free the Slaves. In her booth, Kristine had a coffee table book about slavery, produced in partnership with Free the Slaves. "I knew nothing about slavery," Siegel says.

The purchase of Kristine's Free the Slaves book, Slavery, put Siegel on her email list. Soon, she received an alert for Kristine's TED talk about human trafficking and the front-line work of Free the Slaves to end it. She watched the 20-minute presentation and turned to her husband: "I said, this is what I'm going to do for the rest of my life. It was at that moment I started on the journey to becoming an abolitionist." 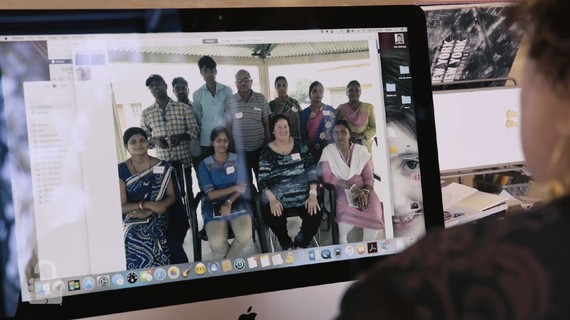 "I get so emotional when I talk about this. But when I'm there [in the villages], I contain it. I'm teaching," she says."

Siegel became an FTS annual donor, but she wanted to volunteer. She thought her background in psychology could be useful. Many freed slaves suffer from Post-Traumatic Stress Disorder, but there is little money for psychological services. She stayed up all night thinking about how she could contribute to creating sustainable models of freedom. "I called [the FTS director] and said, look, I have trained people to be lay counselors and students to be peer counselors. Why couldn't I do the same thing with the staff in the countries where Free the Slaves worked?"

A Tale of Two Villages

The first thing Siegel did was update the FTS manual on handling the psychological and emotional problems from which freed slaves often suffer. She added new lessons on mental problems and how to approach them. She developed teaching modules on dealing with trauma. Today she goes into the field to teach local activists how to help freed slaves who've experienced suffering heal more quickly.

Her first training opportunity came in Varanasi, a city on the banks of the Ganges in Uttar Pradesh, North India--a society rooted in slavery. Siegel visited two villages: one where slaves had been free for six months, another for three years. The contrast was striking. 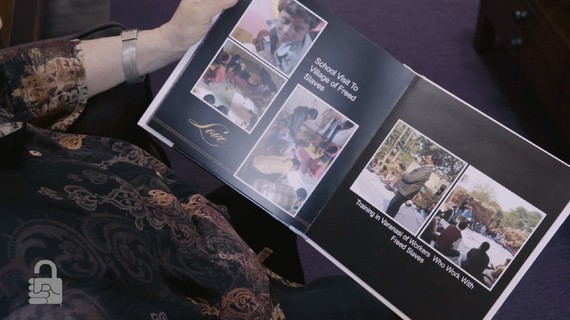 To the first village she brought art materials--paper, colored pencils--and sat with the kids on the ground while they drew. "Most of the boys drew pictures of the slave owner," she recalls. "He was larger than life. Very muscle-bound. And they drew the brick kilns." Very few children made eye contact. If they looked at Siegel at all, they kept their heads down, sneaking glances. The villagers were reserved, uncomfortable, on edge. Siegel and her husband sang "We Shall Overcome," which the local coordinator translated into Hindi.

In the second village, the people laughed and smiled. The children held Siegel's hand, hugged and clung to her. They drew pictures of flowers. Most of the boys drew the water pump, in the center of the village. "That was the symbol of freedom for them," Siegel says. "When they worked in the brick kilns, they weren't allowed to get water. That they could get water whenever they wanted was really important to them."

'There Is Another Way'

Since her awakening to the horrors and ubiquity of modern slavery, Siegel has led two trainings in Haiti, three trainings in India, one in Ghana, and she worked with Nepal staff on self-care as human rights activists. She trains local activists to earn trust from victims and start a dialogue with scarred communities.

In Haiti, enslaved children are denied education, told that they're worthless, and trapped in domestic servitude. In India, enslaved people are weary, frightened, and suspicious. Siegel uses role-playing exercises to teach active listening--responding to the feelings behind a story to convey understanding.

In a coordinated exercise, a Varanasi woman who had been sexually trafficked played a reticent mother holding a child on her lap. When she refused to talk, a local activist asked to speak to her husband. Siegel stopped the role-play immediately. "I said, no, no. I went in and said, 'It looks like your child is sick. That must be really hard for you. Is there anything we can do to help?' At which point she started talking."

Through Siegel's expertise and dedicated training efforts, activists begin to understand that there is another way to do anti-slavery work. Her approach to healing former slaves is expressive, gentle, and effective. 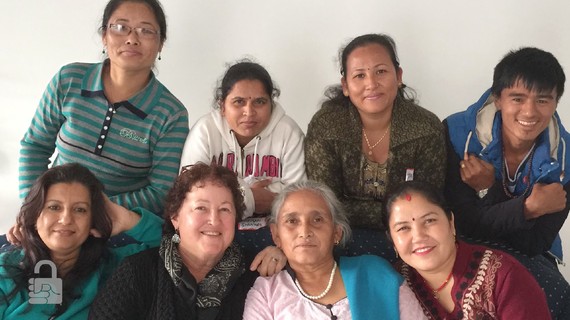 An Abolitionist for Life

The book Siegel first saw in Kristine's booth sits now on her coffee table. Family photographs--weddings, vacations, relatives--cover the wall of the stairway. But the Kristine photograph--six boyish monks in maroon robes, shaved heads, holding tiny candles--hangs in her living room. One boy is looking straight at the camera.

"I've always been an activist," Siegel says. Now she is writing a book about her profound experiences with FTS helping former slaves rehabilitate themselves. She doesn't have all of the answers, but she knows how to help slavery survivors. One boy in India particularly touched her.

"I couldn't come swooping in to rescue him, but I wished so much for this child, that he would learn and be successful, after having been enslaved." In Varanasi, Siegel conducted a counsel with the children. Sitting in a circle, she asked them to say something they wondered about, and almost all of them said slavery. Siegel wonders how people can be so inhuman to each other. She says, "There's nothing worse than slavery."

"The trips are grueling," she says. "But I will do this until I can't walk anymore. If I die doing this work, I will die doing something I love. It started as an interest. It grew into a passion. And now it's an obsession."

Siegel once knew nothing about slavery. Now she is one of Free the Slaves' most committed supporters.

See other inspiring profiles in our "Why I Free Slaves" series here.