Slavery is a key part of Jewish identity. The central narrative of Jewish faith is being enslaved in ancient Egypt; it is the story the Jewish community tells on Passover, every Sabbath, and during daily prayers. The book of Exodus recounts the miracle of Moses parting the Red Sea, the defiance of the Pharaoh's daughter, the actions of the faithful who risked their lives to help those in bondage: the collaborative effort of people who, guided by God, helped liberate the Jews.

The Torah instructs: "Love the stranger, for you were a stranger in the land of Egypt." To Rabbi Debra Orenstein, this means it is not enough simply to honor the past and be grateful. "You have to go out and help someone else be free."

"I free slaves because I am a Jew and it is my spiritual commandment," she says. "How could we as a civilization stand for these kinds of atrocities to still go on? Failing to speak up is not acceptable."

At Orenstein's synagogue, Congregation B'nai Israel, in Emerson, New Jersey, fighting modern slavery is an essential message. Orenstein is a seventh-generation rabbi, an alumna of the first class at her seminary to include women, and a fervent supporter of Free the Slaves. She is driven by a sense of mutual obligation; the shared history of slavery grounds and defines the Jewish faith. "I care from both sides. I care about the individual slaves who are suffering due to our inaction, and I care that the Jewish community be relevant and compassionate." Orenstein believes freeing slaves should come naturally to Jews--so she seeks to mobilize every Jewish person to advocate for freedom.

Four years ago, Orenstein was asked to write a sample sermon on human trafficking for the rabbinical assembly. It was the time of High Holidays: Rosh Hashanah, or Jewish New Year, and Yom Kippur, the Day of Atonement. These profound holy days are essential parts of Jewish life and character. "The High Holidays are the time we talk about introspection, forgiveness, repentance, very personal sins, and personal redemption." 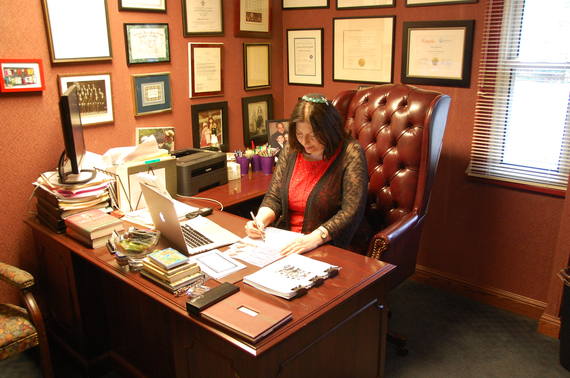 To prepare her remarks, Orenstein read A Crime So Monstrous: Face-to-Face with Modern-Day Slavery, by Benjamin Skinner, and Disposable People: New Slavery in the Global Economy, by FTS Co-founder Kevin Bales. She was generally aware of modern slavery, but she did not understand the enormous scope of the crisis. She at once grasped, in human terms, an issue she had considered only theoretically. "From that moment on, I felt I didn't have a choice but to make this a big priority."

Many Rabbis will address a social issue once and move on to another one. Orenstein continued to preach about slavery all year, and she spoke again on slavery during the next High Holidays--and every High Holidays since for four years running. It is a duty she does not take lightly; the tragedy of slavery is heavy. Yet she carries out her spiritual calling with a sense of hope. She knows from her faith that collective action can free slaves.

Orenstein's mission is to make slavery relevant in the daily lives of Jews. She helps people see modern slavery through the lenses of history and faith.

During Passover, Jewish people are already thinking deeply about slavery; the eight-day spring festival commemorates the emancipation of the Israelites. Yet it is a challenge to integrate tradition and innovation. Passover customs include time-honored family recipes, melodies, and rituals. "At the same time, you're not really telling the story unless you're telling it in a new way," Orenstein says. "How are you more aware of slavery and freedom? That has to grow and change. If it doesn't change from year to year, the holiday hasn't been effective."

Free the Slaves has launched an initiative to galvanize a renewed Jewish movement against slavery. The Passover Project, an FTS collaboration with a group of Jewish rabbis led by Orenstein, raises money and awareness through myriad outreach and educational ventures. Any Jewish organization--synagogues, schools, publishing houses--is welcome. There is no minimum donation or commitment.

The Passover Project offers guides for teaching slavery. Flyers detail how to incorporate modern slavery into each special aspect of the holiday, from Dayenu to the Seder plate. To observe Passover, people buy chocolate, new clothes, hostess gifts, and special desserts; these traditions bestow an opportunity to talk about fair trade and labor practices. Orenstein offers families new ideas for their Seders that involve modern slavery in the Biblical conventions of the past. Passover coupons, in beautiful calligraphy, include information on how to support Free the Slaves.

"Slavery is such a common evil," Orenstein says. "We're not thinking about it; it's not in front of us every moment." People struggle to feel the pain and immediacy of slavery; engaging the issue in sacred Jewish occasions makes its reality resonate. High Holidays, Passover, Shabbat: these moments are direct links between the old and the new. The Jewish past holds slavery, suffering, and, finally, emancipation. The present is a reflection of the past--and the future holds freedom.

Orenstein chose Free the Slaves as her primary charity for our community-based approach. We help communities help themselves by empowering people to stay free within the circumstances of their unique culture. Free people then, in turn, spread the powerful message of freedom to others.
Orenstein' activism connects the ancient to the contemporary--Jewish ancestors to future generations. Young people often have an emotional and spiritual instinct to help those who are enslaved. After Orenstein became an abolitionist, her children followed. Her daughter, Hannah, sells her old clothes online to raise money for FTS; her son, Emmett, runs the Fashion Freedom website. Their choice of charity helps everyone involved. "Most charities only help one side," Hannah says. "It's just not fun for the people who are giving. Getting clothes is always fun. This helps both sides." Emmett encourages his peers to turn a hobby into a good deed: "Other people should try to do similar things because it will be fun and help others." 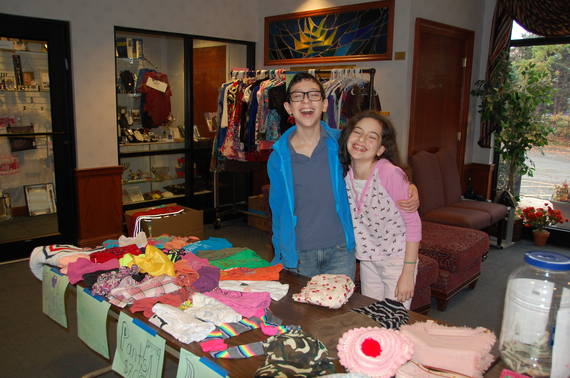 People of the Jewish faith are bonded to slavery through history, but modern slavery transcends time and faith. Orenstein has a vision: One day she will meet someone who will say to her, "I used to be a slave, and through FTS I am no longer a slave, and I am working to free others."

The Everyday Work to Free Slaves

Orenstein is determined to transform Jewish values into action and inspire people to get involved. She teaches children of her synagogue how modern slavery relates to sacred rituals. We light candles, she explains, to symbolize the journey from darkness to light: from enslavement to freedom. She speaks intensely, and often, with her congregation. Her commitment has moved many to discover their own passion for freeing slaves.

One winter a woman told Orenstein she had done a quick calculation in her mind while sitting in the service. All the money she spends on presents, chachkas, decorations, and special foods during Hanukah alone was enough to free a slave. The woman made a decision on the spot--she would tell her children they would not be getting so many gifts. The family would instead help save a human being. "That's the present they gave to each other that year," Orenstein says. "That's the present we can all give to each other." 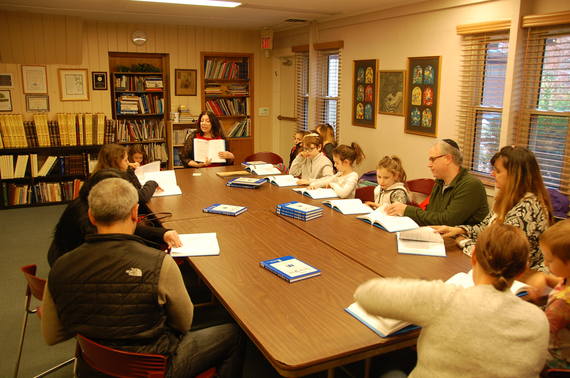 Festivities end; holidays come to a close. An ordinary day arrives. This is the time to care, Orenstein teaches. Love the stranger; love the slave. Orenstein asks the Jewish community, and the whole human family, to care about slaves at all times. The responsibility is shared; everyone is connected. There must be no break in the continuum, no forgotten slaves.

Facing and fighting modern slavery is part of Orenstein's spiritual growth and fulfillment. She believes people of the Jewish faith should be at the forefront of freeing slaves. "That's my aspiration: to have every Jew sign on spiritually to the conviction that it is our obligation to end human slavery. Every day is a good day to help free slaves. As long as people are suffering, we need to be working every day."

See other profiles in our "Why I Free Slaves" series here.