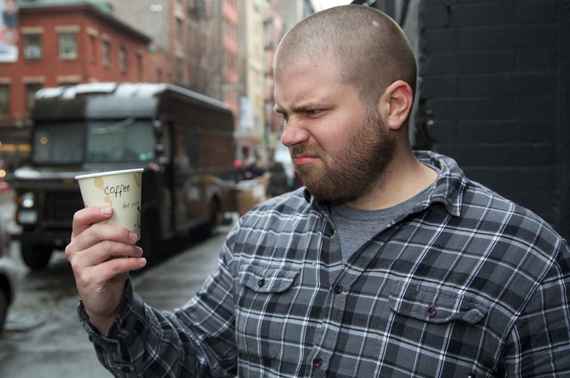 Last time I was in a coffee shop, I freaked.

I didn't hurl myself through the oversized window that all coffee shops have, so you can see people drinking coffee and wearing light sweaters -- but I sure wanted to. Instead, I crumbled internally as people completed their orders and I inched toward the counter. I stared at the menu, lovingly constructed by someone who clearly did a correspondence course in Nouveau Expository Chalkboarding, and understood nothing. When my turn arrived: panic.

"I'll have, um, well, let's see... how is the Faema Urine? Or perhaps the Old Brew? How old is it, exactly? The Americaner also looks inviting and very bean-y. You know what, I'll have a club soda. But without the bubbles. Yes, a water. Tap is fine. Thank you. Off to read poems now."

I hate coffee, and it's time I let everyone know. Until now, it's been a Brown-ish Letter I've tried to keep quiet, cover up. When someone asks me if I'd like to meet for coffee, I politely suggest we grab a beer instead. They of course assume I have a serious alcohol problem, until I mention I would like to get that drink after work, not at 10:15 a.m. Although that does sound nice and much better than coffee. 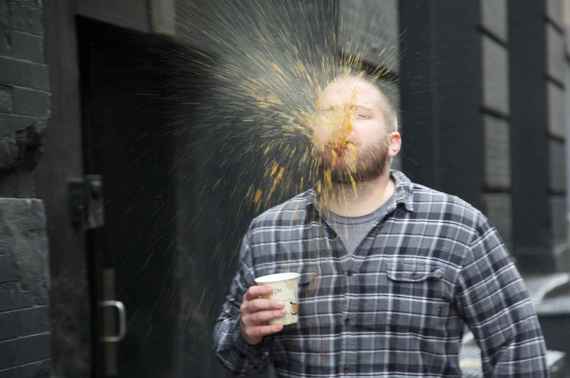 WHERE IT ALL STARTED

It might help to trace this back to the beginning. I used to drink coffee. All the time, actually. Everyone was doing it! I drank it in high school, because pouring liquids from one container into another, and then into my body, was absolutely the most exciting thing that could happen while minding the front desk at the Y. I drank it in college because my stupid professors kept yelling at me for sleeping in class.

While working in an Irish pub post-graduation, I made it my strict mission, aside from making tons of hilarious "craic" jokes, to become a man by training myself to consume and enjoy black coffee from whatever wretched rust-bucket Irish pubs buy from the Really, Really Used Restaurant Stuff Depot. They put whiskey in it 80 percent of the time, so the focus wasn't exactly on quality. But I did it. I acquired that taste. I even thought I liked it. 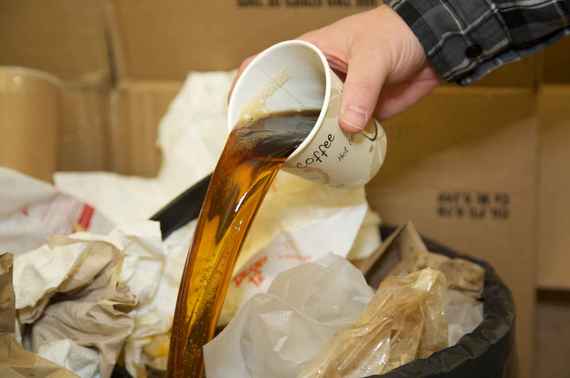 Coffee remained in my life, until one day seemingly like any other, it didn't. The cartoon light bulb: It was ruining me. I would feel fine, and then I'd drink some coffee, and then I wouldn't feel fine. I was jittery, sleepless, and incapable of focus, except for that time I rented a Ford Focus, which I drove extremely jittery-y, because of all the coffee. It was time.

I woke up the next morning. Just woke right up! No coffee necessary! And could do things just fine. I was a little confused when I walked into the kitchen at work and remembered I wasn't going to get a coffee. In most office kitchens, there's nothing to do if you're not getting coffee. Grab some napkins? And then, like, throw out those napkins? I like apple juice, but there was no Mr. Apple Juice. Why are there no Mr. Apple Juices? They should have those.

It turned out quitting was easy. The hard part was living in a world that treats coffee like oxygen that makes you poop.

He's not done talking about why he hates coffee. Find out what it feels like to be on the outside, to be a freak amidst the legions of coffee-loving zombies -- all on Thrillist.com!

What Your Starbucks Order Says About You