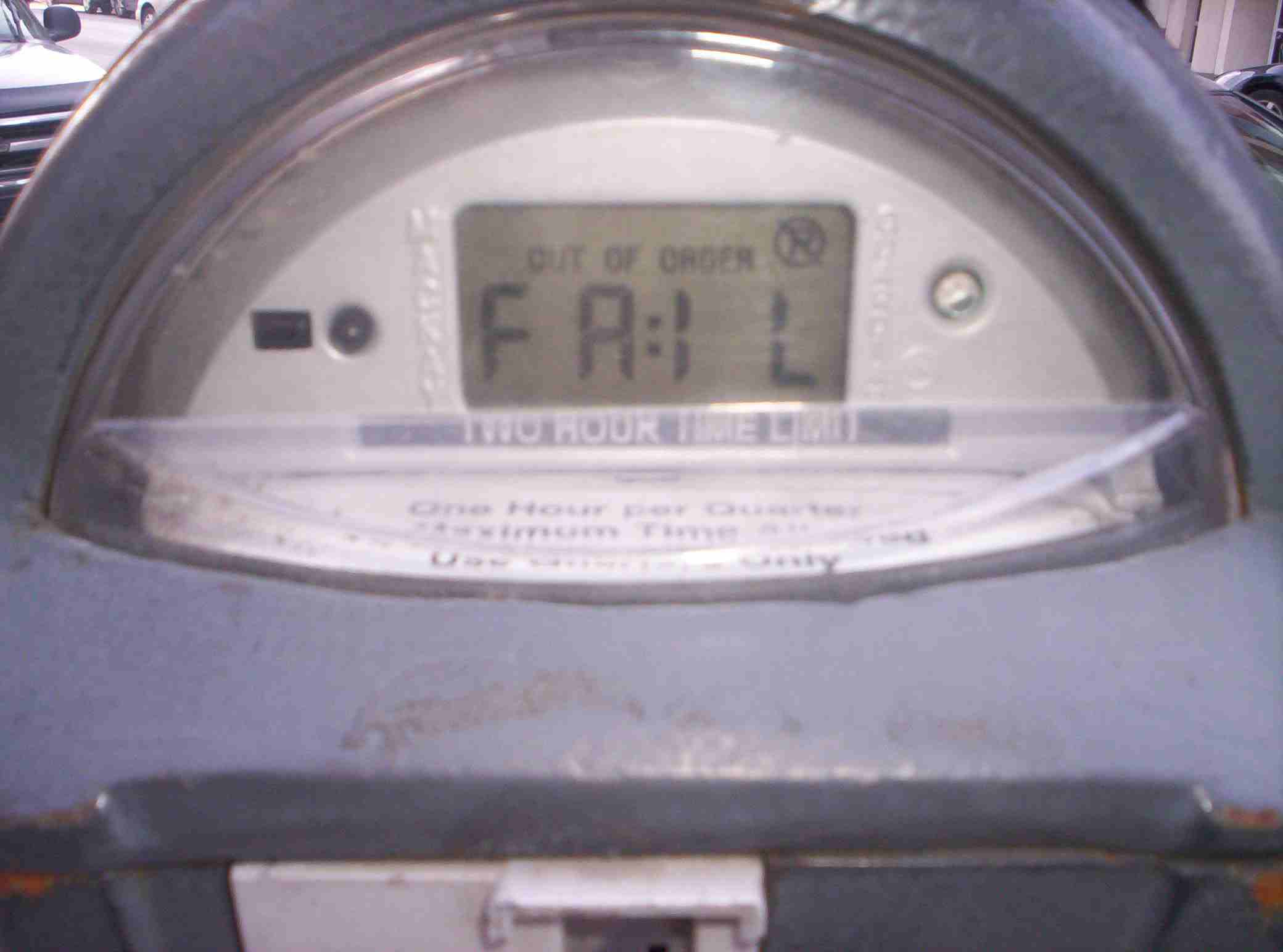 With Chicago's parking meter system changing hands at the stroke of midnight tonight, I had some thoughts I wanted to share regarding the parking meter lease plan: Overwhelmingly bad.

After spending not quite two weeks digesting the details of the city of Chicago's 75-year lease of their entire parking meter system, for a paltry $1.16 billion, there is no other way to describe it.

It's not that your humble Parking Ticket Geek is against privatization. He is not.

In fact, as someone who almost always embraces free market principles, I think government privatization of some public services and assets can be a very good thing.

However, in this particular case, Mayor Daley, and the Chicago City Council, screwed up and did it in a big way.

Here's the how and why.

Not just too steep. WAY too steep of a price increase in meter rates.

Most parking meter rates in Chicago have not been increased in 20 years. Admittedly, that's too long.

Current rates, in general, are probably too low. But why try to play catch up for 20 years in such a short time frame?

Easing drivers into the higher rates would have done a lot to assuage critics and promote easier acceptance of the plan. But considering the current state of this economy, these dramatically jacked up rates will have the effect of discouraging some people from spending their money in our city.

I also do not buy the argument that the Mayor and aldermen were too scared to increase parking meter rates over the years. That's not only unbelievable to the point of asphyxiation-inducing laughter, but a pathetic and lame excuse.

Everyone, including motorists, have to bear their fair share in this city, but this lease deal is just one of many anti-driver policies (red light cameras, two ticket boot threshold, street sweeper cameras, etc.) the city has pursued over the past year or so that targets drivers as a source of revenue for this cash-strapped city.

While most members of the city council were dislocating their shoulders patting themselves on the back for not raising taxes, the truth is that they did. Aldermen can use semantics to rationalize their decision, but these higher meter rates are taxes by any other name. And they did it on the backs of drivers.

The long-term economic effects of increased parking meter rates will have an adverse effect on Chicago business and tax revenue. This city is already at a disadvantage because of our egregious 10.25% retail tax rate. Adding radically higher parking costs is not helping things--especially during an economic downturn. This can only have a negative effect.

Visitors living outside Chicago, and even local drivers, will re-think visiting the city or other neighborhoods, knowing it will possibly cost them so much more to park or are afraid of the reports of aggressive enforcement.

Many businesses are fighting for survival in this recession. Why are we making it even harder on them?

While the effects of these rate increases may be only marginal, in many cases, businesses live or die by the thinnest of margins.

This deal had been percolating behind closed doors for the better part of 2008, but the Mayor gave the city council only 72 hours to make up their minds on this? I think there was more thought and debate on whether Jumping Jacks would be cut out of aldermanic budgets for 2009 than this billion dollar deal.

When so little debate, time and consideration is given to a plan with such immense and long term ramifications to the city and its economy, what kind of faith can we have in the health of the democratic process in our city?

Don't answer all at once.

Too Long A Lease Term

75 years? Are you serious, 75 years? A lease term for the approximate lifespan of the average American male? A lease term that expires in 2083? Most of us reading this will be deceased by the time this lease ends. So many things could change over the course of 75 years. It's too long a lease term.

It's A Bad Deal

32nd Ward Alderman Scott Waguespack, who was one of the five council members with gonads of steel that cast a nay vote against the deal, believes the asset has a value closer to $4 billion.

Mayor Daley has so tragically mismanaged the city's budget, in my opinion, that it put the city in such a desperate position that it was forced to sign a deal that grossly undervalued this valuable revenue-generating asset.

With the smell of desperation wafting over the city, Morgan Stanley and the other bidders delivered insulting proposals for the city's meter system. The city, desperate for cash like a crack whore chasing a fix, had no choice but to accept the cash and take it in the ass.

The black hole that was called the 2009 budget was so dark and deep, according to the city's own numbers, the entire $1.16 billion will be appropriated in the first four years of the 75 year lease! What kind of financial management is that? It's like the city took a pay day loan out on the city's parking meters!

But Waguespack disagrees with my assessment. He believes there were at least several other alternatives to a 75-year deal for so little money.

"It was only a $150 million gap," explained Waguespack. "We could have issued a bond. It might be difficult but not impossible. It would cover us for this year. We would have to tighten our belt next year."

It seems that whomever negotiated this deal went to the Neville Chamberlain School of Deal Making and Negotiation. That's because everything is negotiable.

Another alternative would be the city negotiating a much shorter lease term (10-25 years) for an upfront amount that filled the short term budget gap and then asked for a healthy percentage of revenue.

"We could have signed a 15-20 year lease," said Waguespack. "We don't need to mortgage our future for as little as $1.1 billion dollars."

What the Mayor, with the complicity of a majority of the city council, has done is fail to see past the short term budget problems and take the coward's way out. He has ignored the city's long term health for the sake of easy money.

Economist John Maynard Keynes once said, "In the long run, we're all dead." He must have said this with Chicago in mind.

GEEK EDITOR'S NOTE: A version of this piece originally appeared at Gaper's Block, one of the best, and one of The Expired Meter's favorite Chicago news and information websites--besides Huffington Post, of course.

Check out The Expired Meter for all sorts of Chicago parking news, tips and tricks to fighting parking tickets and red light camera tickets.