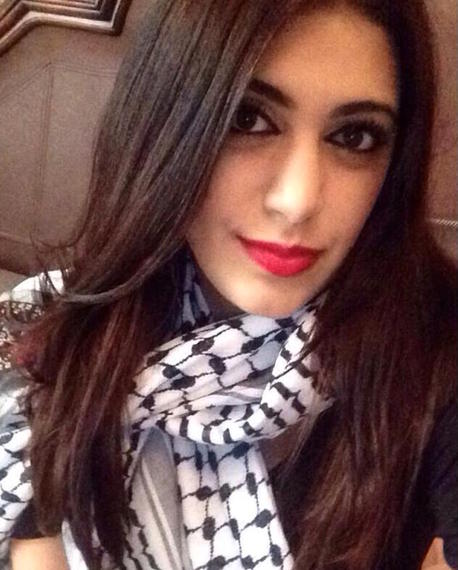 On top of the acute stress of growing up, during my childhood and adolescent years, I've also had to deal with the grapple of how I choose to balance myself when it came to my identity. It's hard enough being a pre-adolescent trying to trying to figure out one identity, let alone two.

As early as 9 years old, post 9/11, I slowly began to stop correcting people who assumed I was Hispanic or Italian. Not because I was ashamed or ever doubted my religion in any way, but there have been times where I felt less incline to practice and share my religion publicly because it felt safer that way.

After 9/11, the media ran with the idea of "bad Muslims," they decided to profit off the fear they instilled in every American household. The news started to look more and more like a Hollywood film, with nothing but dramatically altered information in lieu of actually news, just to gain more views.

As at young age, I did not know how to fight against these large media corps like CNN and Fox, who ran my name through the dirt, over and over again. Instead I chose not to flaunt a part of my life I assumed would land me in hot water with most people. I am the type of person who will go through any means to avoid confrontation. So, if hiding a piece of me is what it took, at the time, it made sense to do just that.

Who am I today is a result of living in a nation that is constantly undermining my religion and my culture, and making me feel like the bad guy, even when I have committed no crime.

But in a strange way, I am grateful for all this.

As I grew up, I realized a way to get back at the media and to change the way future generations of Muslim Americans think.

It's quite simple actually; join them.

My decision in becoming a journalist lies solely in the goal of achieving transparency in the media, to cut out the stereotypes and creating clarity in the way Muslims and Islam have been represented, because as far back as I can remember, I have been apologizing for actions that in no way tie back to me. Now, I know as a Muslim the path to reaching this goal will not be a smooth one.

I know that the only way I could help change the stereotypes that follow my people around like a black cloud is to change them. To do this, I need to live unapologetically Muslim. We need not to allow this black cloud to follow us around any longer.

Today, I have decided to live my life #UnapologeticallyMuslim. I will not have the wrongdoings of others slow me down from reaching my goal. I will not apologize for the actions of anyone, such as ISIS, who is blatantly just trying to tarnish my name and the name of my religion.I have decided to take off the Muslim scarlet letter I have been assigned to wear. I will live my life, #UnapologeticallyMsulim for the first time, teaching others by example of what Islam truly is. I will not allow the media or Donald trump my dreams or stand in my way of reaching them.

My name is Zaina Kahuk, and I am Unapologetically Muslim.