Reflections from a Mom of the Movement

Over the past few weeks, I had been approached by many people all with the same question: Who will I endorse for President of the United States? I have heard this even more since the launch of the Justice For Tamir Speak Out Tour.

I have watched as my fellow mothers that have lost children have chosen a candidate to invest their faith in, and I support them in their pursuits of justice for their children, and the people want to know where I stand.

For over a year, I have been fighting for justice for my son, Tamir, who was killed by Cleveland police officers Timothy Loehmann and Frank Garmback. For over a year, I've waited to see if any candidate or official, including my state's governor, would release a plan of action that addressed the failures and inhumane decisions responsible for my son's death. While I've waited, I've been speaking out for true action, with changes that would help prevent another tragedy like Tamir's murder -- changes that truly hold these police accountable and give people power in the communities we live in.

As a resident of Cleveland, Ohio, my local and state governments have not only failed my family, they've caused us severe trauma. After shooting Tamir, Cleveland police neglected to call aid for my son and handcuffed my daughter, who was trying help her brother. Then the city of Cleveland later tried to charge me for the ambulance ride that was too late to save my son's life. They said it was a mistake, and no one was held responsible for any of pain they caused my family.

"The loss of Tamir has made it clear to me that Cleveland is deeply invested in a system of injustice."

After Tamir's death, the county prosecutor, Timothy McGinty, an elected official, responsible for seeking justice for Tamir, instead blamed my 12-year-old boy for his own death. All of this happened under the administration of Ohio governor, John Kasich, a 2016 presidential nominee.

Ohio's state government has shown me repeatedly that the people elected to serve have no interest in justice. The loss of Tamir has made it clear to me that Cleveland is deeply invested in a system of injustice. No one has been held responsible for any part of this entire traumatic experience. No one has at least apologized for killing my son. Not a single politician has offered me some substantial support. 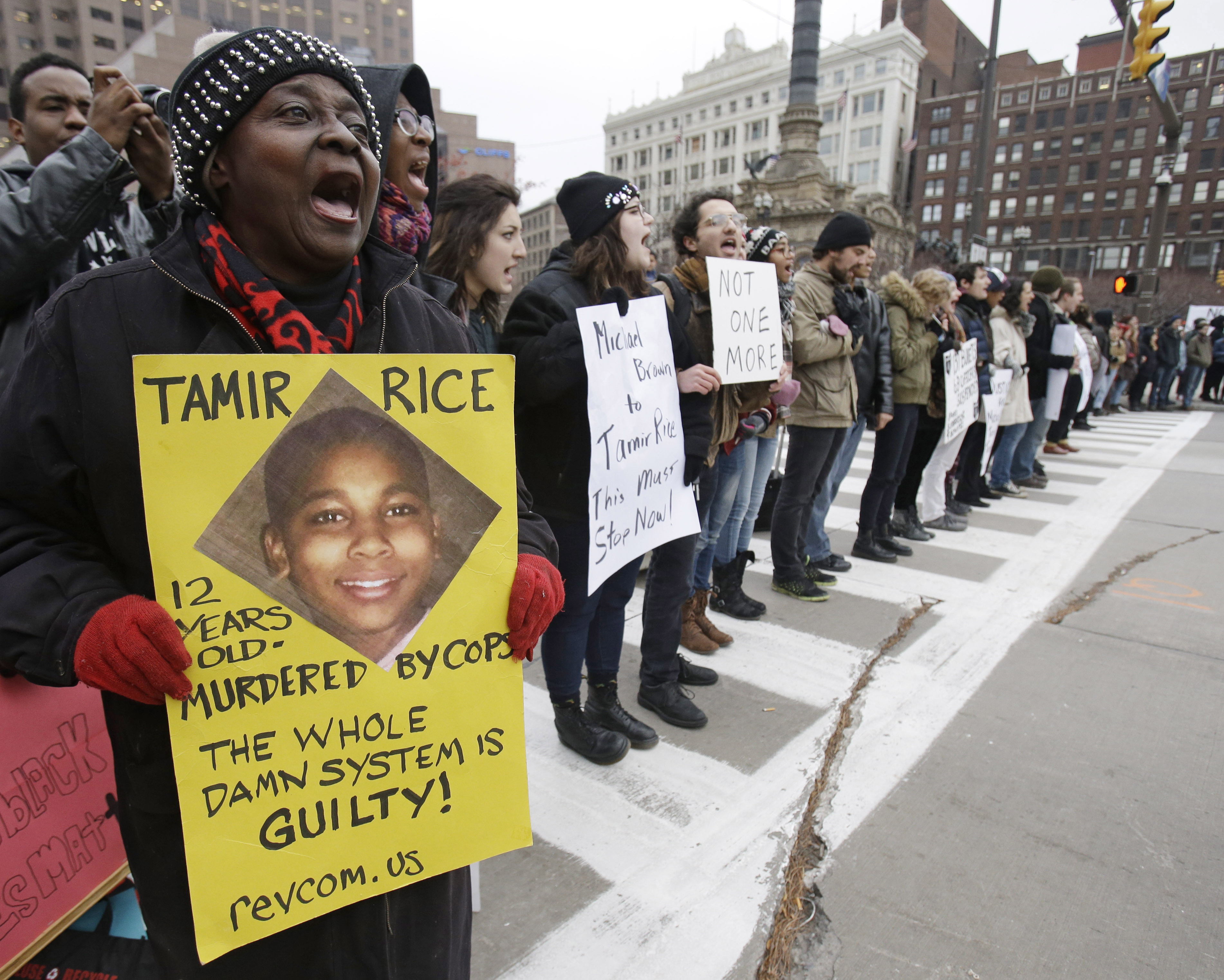 While I've continued to push my state's officials towards real changes, several presidential candidates have said my son's name in their mouth, using his death as an example of what shouldn't happen in America. Twelve-year-old children should never be killed for playing in a park. But not a single politician -- local, state or federal -- has taken action to make sure it doesn't happen again.

Instead of plans for justice and accountability, I have been shown several plans for criminal justice reform, none that address my experience of the entire system being guilty. Those plans don't address the many ways elected officials become exempt to accountability and the legal flaws that allow them to extend that exemption to cops who kill. These plans do not get rid of the trauma of knowing that my tax dollars help pay the salaries of the police officers that killed my son.

"The people should be the ones determining what accountability looks like, not prosecutors who work closely with police to deny the people justice. "

As one of the Mothers of the Movement, I know the death of Tamir has shown many just how important police accountability is. I also know it must be a piece of a larger plan to address the deep corruptions that exist in America. The people should be the ones determining what accountability looks like, not prosecutors who work closely with police to deny the people justice. County prosecutors, whose job requires them to believe the police the majority of the time, should not be the same people prosecuting them. Police officers may often lie about fearing for their life.

True community oversight of the police is one that evens the balance of power and allows the communities police serve to judge how well they are doing their job. My experience has let me know that the system is working just the way the people in power want it to. That is why I refuse to accept plans or support politicians that offer what they propose as solutions, not informed by us, the community.

It's why I won't accept plans for more "community police" as positive solutions when it was the police that killed my son. I cannot settle for partial solutions and lip service. I know we need real action, and I refuse to endorse any candidate that offers less.