Planning a marriage between an observant Jew (yep, that's me) and a devout Catholic (Joe) is a delicious brew for controversy, not to mention a giant pain in the arse. Nonetheless, our interfaith wedding was only two weeks away and I wanted to do something spiritual to mark my upcoming marriage to the man that I loved.

Joe, my Catholic fiancé, was planning to mark our union by going to confession to spill his guts and disclose his most personal thoughts, secrets and fears. I was jealous! I wanted to do something to cleanse my soul, too. But, what? Ironically, Joe had the answer. "Why not go to the mikveh?" he asked logically. My interest was piqued (though I was startled by his suggestion -- shouldn't I have thought of that?) and I began researching mikvehs in Los Angeles.

For those of you Jew-"ish" and non-Jewish people out there, the Mikveh is a bath used for the purpose of ritual immersion in Judaism, and is typically used by Orthodox women -- a place to wash, pray, renew and schmooze. I assumed as a conservative, bat mitzvah'd Jewess they would take no issue with me entering their holy waters. Good God, was I wrong.

I called some places on Pico/Robertson (LA's Bagel Belt) and was held hostage on the phone by a fellow tribeswoman who constantly referred to herself in the 3rd person as Mariam Feldman. Mariam Feldman told me that, since I was marrying a non-Jew, not only could I not dip a pinky toe in the mikveh, I was not going to be considered married through the eyes of God. Mariam Feldman said she would pray for me and perhaps I will meet (if I'm lucky) a nice Jewish man in shul this year if I call off my upcoming nuptials. I kindly thanked "MF" (a much more appropriate name for her considering her nastiness) and hung up the phone. Where was my tribe when I needed them the most?

I called the only person I could think of, our fearless rabbi, Rabbi Lori. We were lucky enough to find a rabbi to marry us and Rabbi Lori believed that Joe and I were the poster children of what modern day Judaism should look like. So, why not have a modern day mikveh?

This would be our plan: I would gather my closest girlfriends and we would meet at the Venice Beach Pier at 9 PM. I was instructed to bring blankets, towels, warm clothes and a nightgown -- I would be getting naked in the ocean. I would be freezing my tuchus off under the moonlit sky. I love this woman.

I brought five of my closest girlfriends with me, just as my rabbi instructed. Like a clique of giddy freshman girls at their first high school dance, we were awkward, eager and ready to party. Like a trained choreographer, Lori guided us to where the waves were smallest. I have to admit, I was terrified of being pulled out to sea during my very own mikveh -- could you imagine? She began leading us in Hebrew song, lit candles and we all swayed in a tight, little huddle, laughing a bit at the wackiness of it all.

Slowly we found unison in our voices and a sense of calm came over us. Rabbi Lori gently took me aside and told me to walk toward the sea, dunk my body and head in the dark water, remove my nightgown, recite the prayer she whispered to me and express whatever I wanted to the vast ocean and sky. I entered the water and, to my surprise, felt its warmth surround me.

I recited the prayer, took off my nightgown and began to confess my most personal thoughts, secrets and fears. My heart was pounding. Exiting the ocean, I glided back to my friends, who wrapped me in blankets, held me, and told me they loved me as they continued to sing. I wept like a baby. I felt I was now inside a new kind of womb, one just as holy but whose entrance was not held by the rigidity of the likes of Mariam Feldman. I was creating my new tribe.

I returned home to my fiancé a bit soggy but with a renewed sense of self and a readiness for marriage that I had not known before. I had my own spiritual confession that night and it belonged to the stars and the sea, bare ass and all. I was now fortified for the biggest challenge of my life: marriage. Oy vey. 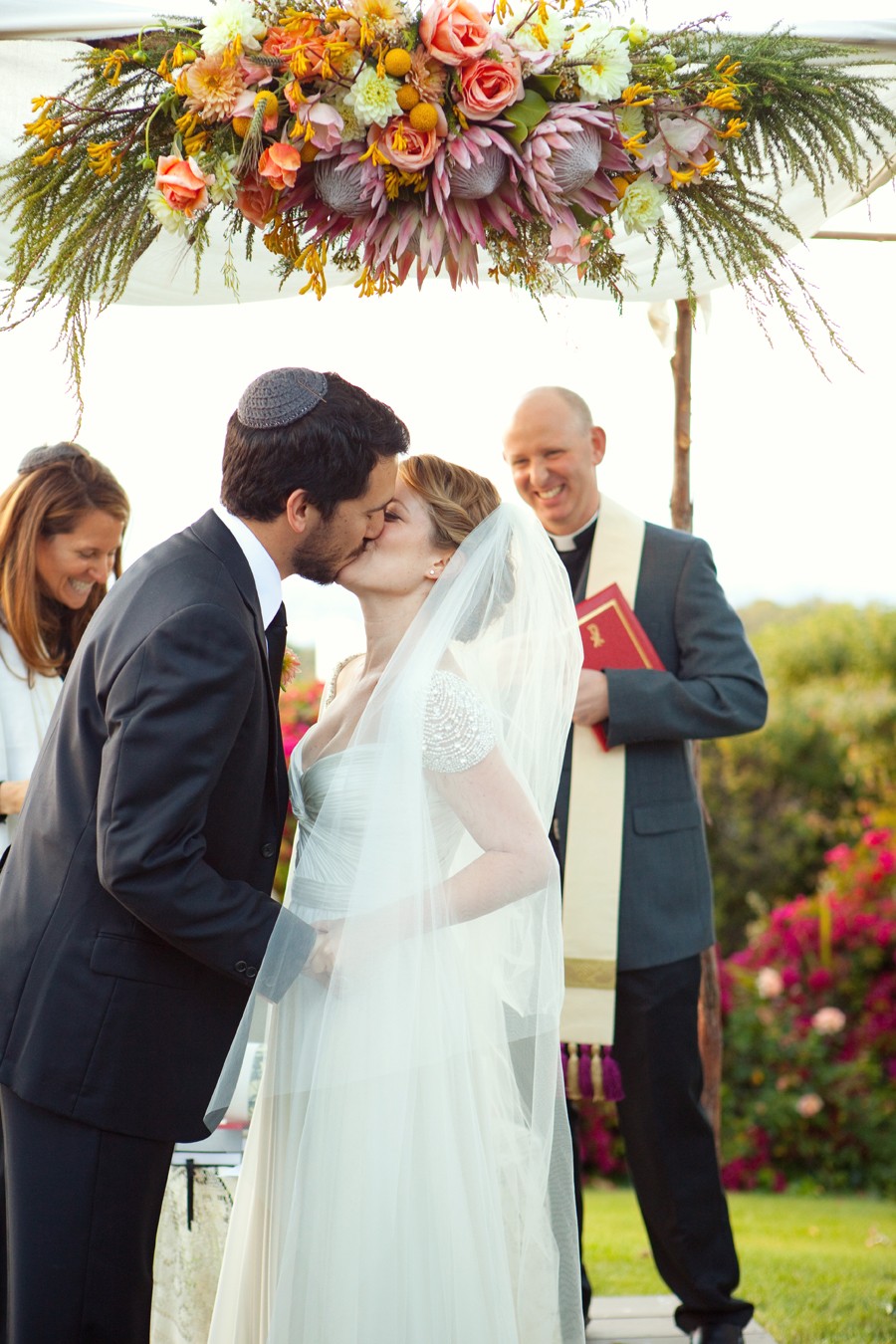