It may not make me proud, but I'll admit it: I first came to yoga out of a desire to attain that lean, toned, fit "yoga body" that women began parading around in ever increasing numbers back in 2001. A lifelong runner, I'd injured my knee and been told that I should "find another sport."

Some friends took me to a Bikram class, where my mat and clothes turned into stinky piles of sweat. I didn't love the repetition of the sequence or the lack of music, but I did appreciate getting a solid foundation in the poses. And much to my satisfaction, I found the pounds falling away as previously undiscovered muscles took form in my arms. 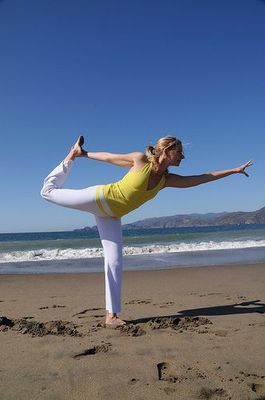 Yes, yoga was working, and I was pleased.

But there was another unintended side effect. At 28, never before in my life had I tuned into my body. I'd only ever worked out because I knew it was "good for me." Now I found myself actually looking forward to exercising. I had more energy and felt cleansed afterwards. I craved more.

This was when I fell in love with yoga for the first time--for its physical benefits.

Two years later, my marriage started to fall apart, and I fell in love with yoga for the second time--for its psychological benefits.

All over San Francisco's hippie Mission District, the word on the street was that Rusty Wells was The Man. The Guru. The Yoga Guy Who Would Blow Your Mind. I decided to give him a try.

Rusty deserved his reputation. From day one, I was hooked. Not only did he teach a butt-kicking, hardcore vinyasa flow, but also he played an incredible soundtrack and chanted during each class. Above all, he spoke about life lessons such as letting go, having faith in your path, and believing that you are "more than enough."

Along with his co-retreat leader Janet Stone, who brought equal magic to her classes, Rusty put me in touch with spirituality in a way I'd never before experienced. I found the strength to leave my unhappy marriage.

Divorce brought with it a maelstrom of self-loathing, a deep trauma that would take years to heal. During that time, I became a full-blown yogaholic. Yoga was my refuge. My sanity. The one place I could go knowing that I would emerge feeling better.

Slowly, I began to piece my life back together. As I did so, I realized that I had a fierce desire to share the healing power of yoga with other people. So I joined a yoga teacher training with Ana Forrest. When it ended, I was able to secure a teaching position at Aha Yoga studio in San Francisco.

This is when I fell in love with yoga for the third time -- for its transformational benefits.

Though I only had room in my schedule to teach one class a week, sharing yoga gave me an opportunity to connect with other people around their personal transformations. I loved witnessing newbies begin the process of awakening, so excited to discover that yes, they could love their bodies -- even if they didn't have the "perfect" LuLu Lemon abs and thighs. Yes, they could forgive themselves and others for mistakes made in the past. Yes, they could let go of their attachment to what life "should" look like and enjoy their blessings in the moment.

And now, at 40+, I'm falling in love with yoga again -- for the fourth time, for its restorative benefits.

I recently gave birth to twins -- my first (and likely only!) children. Throughout my pregnancy, which was "high risk" due to my age and carrying multiples, my doctor forbade me from doing rigorous exercise. For the first time in over 12 years of regular yoga practice, I started to attend restorative or "yin" classes.

My back would ache. My ankles would be tremendously swollen. I burped constantly. But I made it through class. And I always emerged feeling better. 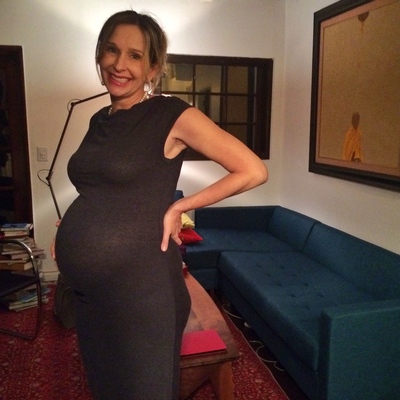 Now that my boys are 4 months old, I am enjoying getting back into shape. I go to circuit training classes for toning. But I find myself continuing with the mellow yoga practice. I crave slow. I crave introspective. I crave a quiet space to commune with my spirit and those of my newborn children. 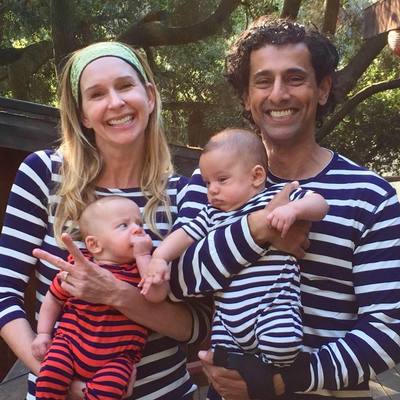 I am overwhelmed with gratitude because as I begin this journey into motherhood, into becoming a goddess of giving and devotion to others, my yoga practice nurtures me.