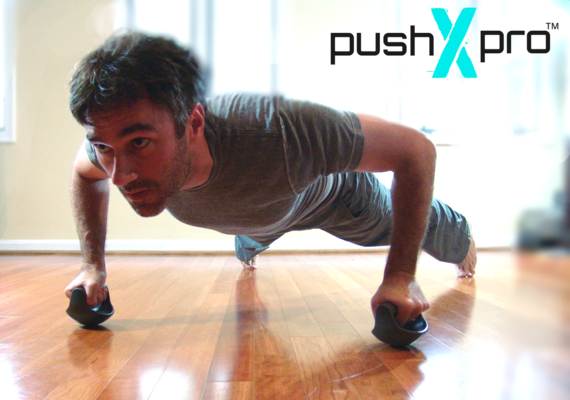 Seven great years into a noble engineering career, I left it.

I opened a Shopify store instead, but it was quite a journey to get to that decision.

I had advanced quickly through the company ranks and earned six figures early on, right out of college. I was five years into the job when I realized the energy I originally packed into 80-hour work weeks was waning, and the days were becoming more and more dreary and mundane.

Incidentally, I came to these realizations at the same time my wife became pregnant with our first child. Many would think that would be the moment to suck it up and dig in for the long haul with a secure and stable job. My reaction was drastically different.

I became captivated with podcasts like Pat Flynn's "Smart Passive Income" and I read all the material I could get my hands on about trading time for money. I began lists of ideas, inventions and website concepts not yet executed. I cut my sleep in half and started "moonlighting" on these things night and day. I did what so many do not. I began.

I began writing down every idea I imagined in a notebook. I knew I wanted to build my ideas into products, but I had no idea how to do it. After researching a little, it became apparent that inventors needed to be proficient with intellectual property (e.g., patents) to protect their ideas.

From my engineering experience, I knew that technical writing was something I was good at, so I started taking free online classes for patent writing, since a patent is really just a well-written, well-researched technical paper - and researching patents was a great introduction to the big world of inventions, as well as a huge inspiration.

I decided to take on the more challenging project of submitting a patent application for a totally unique fitness product I had designed several years back. I had zero experience writing patents, but had become somewhat familiar with them while researching ideas on Google's patent search. The numerous possibilities embedded within owning a granted patent gave me energy to grind away into the early hours of the morning.

At this point, I was still hauling myself through my day job during normal working hours, although my mind was often on my side projects. With diminished passion for the corporate cubicle lifestyle, and great excitement for the endless possibilities of building products for the masses, I decided to quit my day job and go out on my own.

This was not an easy decision. In fact, it took me a couple of months to disclose my new life design to friends and family. Once revealed, they wished me luck with puzzled expressions on their faces. Ultimately, it was my wife that encouraged me to follow my instincts and provided us with the strategy: in a worst-case scenario, I could always go back to engineering (perhaps with a little bit less in our bank account).

I designed and launched a Kickstarter campaign for a product called pushXpro that embodies my first patent. pushXpro is a unique fitness tool and the first product of its kind; there has not been a product developed that provides the same performance characteristics and results. The Kickstarter campaign was extremely successful and raised more than enough capital to fund manufacturing and the first production operation.

With the additional demand, and Shopify taking care of online sales, I gained more confidence in myself and realized that those beyond my immediate friends and family valued my product.

Without any real prior business expertise, I have started to grow my company organically, working every day to make my passion project it a reality. I subscribe to all manner of business and marketing success stories and learn by doing every single day. I have even started mentoring other startups that solicited my guidance.

Since the pushXpro launch on Shopify, and despite the fact that I previously lacked any business or marketing education, we've been pre-selling product steadily. Using the Shopify analytics, we can see that costumers are coming in from several sources, including Facebook, Pinterest, and other social media channels. The Shopify business makes the customer experience seamless and makes my job much easier - and, wow, do I need that.

The entrepreneurial journey so far has been rewarding and full of exciting new experiences - but not without new demands, anxieties, and valuable lessons. It has taught me that if there's a calculated method for doing it, there is absolutely no reason to wait to do what your passion and self-valued potential tells you to.

I am incredibly grateful for all those who have helped me, motivate me on a daily basis, and support small startup businesses like mine.

When you support a small business, you may get an awesome and useful product out of it; but you are also helping the small business owner to continue living their dreams.

Dan Delisle is a husband, father, civil Professional Engineer, entrepreneur, sports enthusiast, and fitness devotee. Dan is experienced with a wide range of sports including motocross, soccer, baseball, rock climbing, and mountain biking. To pursue these sports at a high level, Dan is an avid fitness participant and attends climbing gyms often. Dan has many high-profile rock climbs under his belt, including several climbs in Yosemite, CA. He received his B.S. in Civil/Structural Engineering from California Polytechnic State University in San Luis Obispo, CA. He is a registered Professional Engineer and is a registered LEED AP BD+C with the U.S. Green Building Council (USGBC).