Oftentimes, when I pull my phone out in front of new people, they look at me weirdly. That’s understandable. After all, I have an iPhone 4.

It’s the only smartphone I’ve ever owned, and I’ve had it since Christmas 2010. The battery life is laughable by modern standards. The screen is cracked. So is the back. I can no longer take screenshots because the necessary button no longer works. I have 50 megabytes of available storage. I need to delete apps, photos and memories in order to obtain new ones. I don’t have a lot of the most popular apps around, because I can no longer download the iOS necessary to download today’s most necessary apps. It’s a horrible mess, and I love it.

There are so many benefits to having an iPhone 4. Where can one start? If someone asks me to do something on my phone that I do not want to do, I can simply pull out my phone and say, “Ugh, I would, but i have an iPhone 4!” Literally no one has ever questioned this excuse.

Sure, the phone crashes regularly, and I’ve learned that turning on certain apps just isn’t worth the effort. (Facebook, for example, works ten times better on Safari.) But it has helped me become less dependent on my phone over time. After all, how can you depend on something (or someone) so unreliable? You can’t. It also allows me to say things like, "Must you take out your phone?" when I'm out with friends, since my phone is generally not worth taking out. Doing so makes me feel superior.

Having an iPhone 4 also helps you realize the kindness of strangers. Recently, I butt-deleted my Google Maps application. I have not added it back. I haven’t even tried. I simply assume I cannot. Luckily, when I tell people this, they feel bad for me and immediately pull up Google Maps to help out. People are wonderful sometimes. So is my iPhone 4.

Are there downsides to having an iPhone 4? That depends on your perspective. For example, my phone’s battery no longer lasts as long as I stay out on a typical Friday night, so at some point I go rogue and no one can contact me. What could possibly be better? Nothing, is what. I also, as I previously mentioned, can no longer take screenshots on my phone. While I enjoy the occasional text message-based Instagram as much as anyone, I have adjusted to life without the ability to do so. Human beings are magnificently adaptable, aren't they?

I have 42 apps on my phone but only use a number of them: Messages, Instapaper, Instagram, Phone, Safari. And yet, society tells me there are many more that I need. Like Snapchat. But why do I need yet another way to know about all the cool things I wasn’t invited to? I do not.

I don’t have Slack on my phone, so I am only reachable by email and text when I’m not at work. This doesn’t bother me much. At a recent birthday party, a fellow online editor said something along the lines of -- and I’m paraphrasing here -- “Downloading Slack on my phone has literally ruined my life.” I nodded understandingly while he responded to urgent celebrity news. My phone was almost on empty, but my beer was full.

The best thing about my iPhone 4 is that I am unaware how much better I could have it. To take the photo accompanying this post, I had to borrow my colleague’s iPhone 6 (or 6 Plus, whatever). “WHOA, THIS CAMERA IS SICK,” I yelled. I gave it back before I could truly realize how much better he had it. Sometimes, ignorance is bliss. Just like my iPhone 4.

ADDENDUM: After finishing the text portion of this post, I went back and tried to download an app so I could take a picture of the phone telling me I couldn't. I swear this used to happen. Then, something weird happened: The app downloaded. I tried again with another app I couldn't download before. It downloaded. Then one more time. Again, it worked. I now have Snapchat, Google Maps and Slack. Dear God, my life is over. 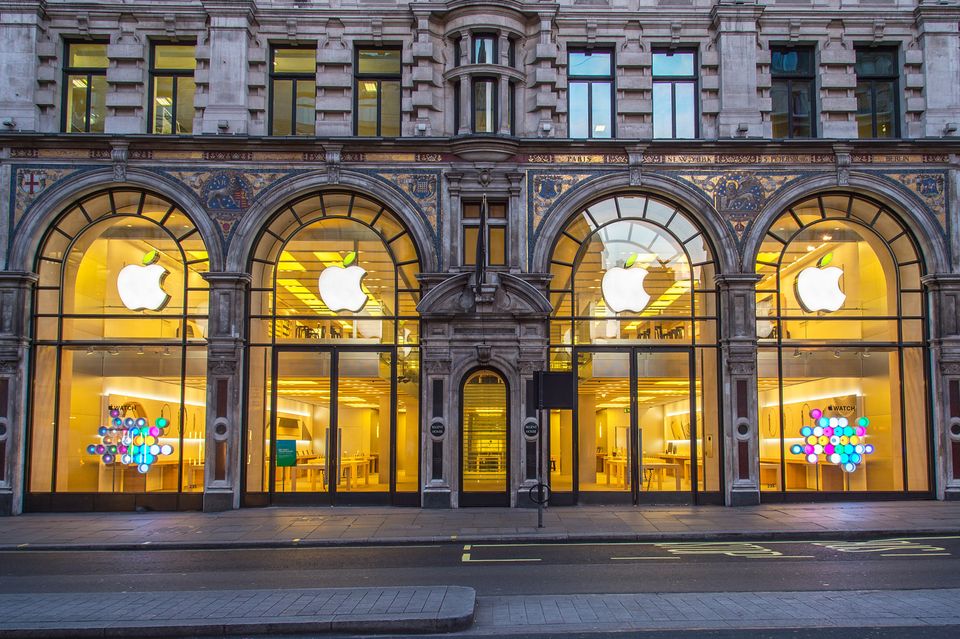