The last six or so months of news out of the Middle East has unfortunately scared tourists away from this amazing part of the world, where they would have learned the other side of the grim story you see in the media.

From March to June, I traveled through Lebanon, Syria, Jordan and Egypt and found that I received very warm welcomes as an American, which is one of the main things that shocks everyone when I talk about this part of the world. While the governments of many Middle Eastern countries and the US government bang heads all the time, the conflict largely doesn't include the people you meet on the ground.

Obviously, I am not recommending any travel to Syria or Libya right now (though I'd love to fully explore Libya when, and if, the whole situation settles down), but I would recommend to the rest of the Middle East. The food is spectacular. The sights are other-worldly. The people are amazing.

And it is seriously cheap right now, because not many people are going.

To whet your appetite for exploring this part of the world, I give you three of the best Roman ruin sites you will find anywhere on the planet, including any of the sites in Italy. If you are lover of ancient civilizations and history, the Middle East should be high on your destination list. 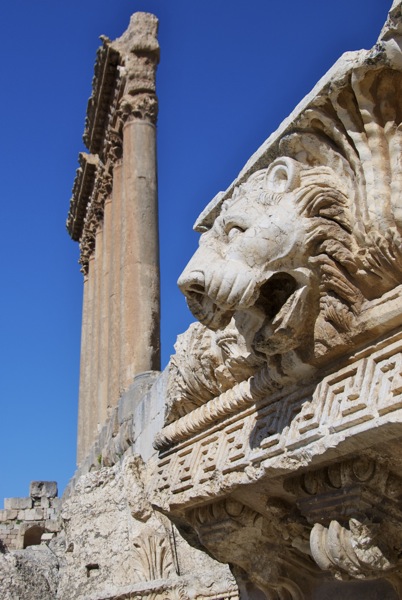 Baalbek
Baalbek is located in Lebanon, in the upper Bekaa Valley region. It is reachable in an easy day trip from Beirut, but I highly suggest going up in the afternoon, doing some photographs in the golden afternoon hours and then getting up early in the morning to have the ruins for yourself in the morning light.

The day I was there, there wasn't a single other tourist on the site for the first two hours of the gloriously sunny morning. I wandered around and took hundreds of photos and also just sat on the massive stones and reflected on the history of this place.

It has some of the largest Roman temples in the world, including my favorite anywhere: the Temple of Bacchus. It is supposedly the only temple in the world dedicated to the god of wine -- which certainly makes it a must-see location for my wine loving heart. 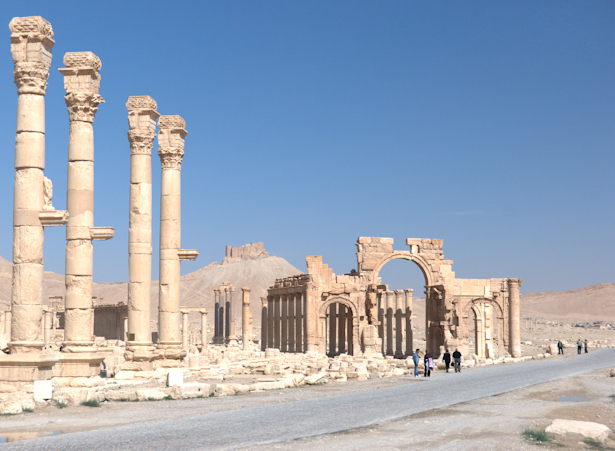 Palmyra
Palmyra is in the eastern half of Syria, so unfortunately, it isn't a spot that I would be currently recommending, but the ruins there are so massive and interesting, I couldn't talk about the region without mentioning it.

Palmyra sits on the edge of a oasis that was an important trading post between the Mediterranean and the Persian Gulf and beyond. Here, the ruins aren't going to impress you by any particular building holding your attention (though the Temple of Bel is impressive), but the attribute that catches your attention is the sheer size of the ruins. They stretch out over hundreds of acres.

In Palmrya, you can get the full impression of tens of thousands of people living in ancient times on this site. Unlike other ruins, where modern civilization has overrun the location and masked the scope of the prior city, Palmyra sits a little ways outside of the current town, though it is an easy walk from there, and therefore, you can still walk around and get the feel for what it must have been like in its prime. 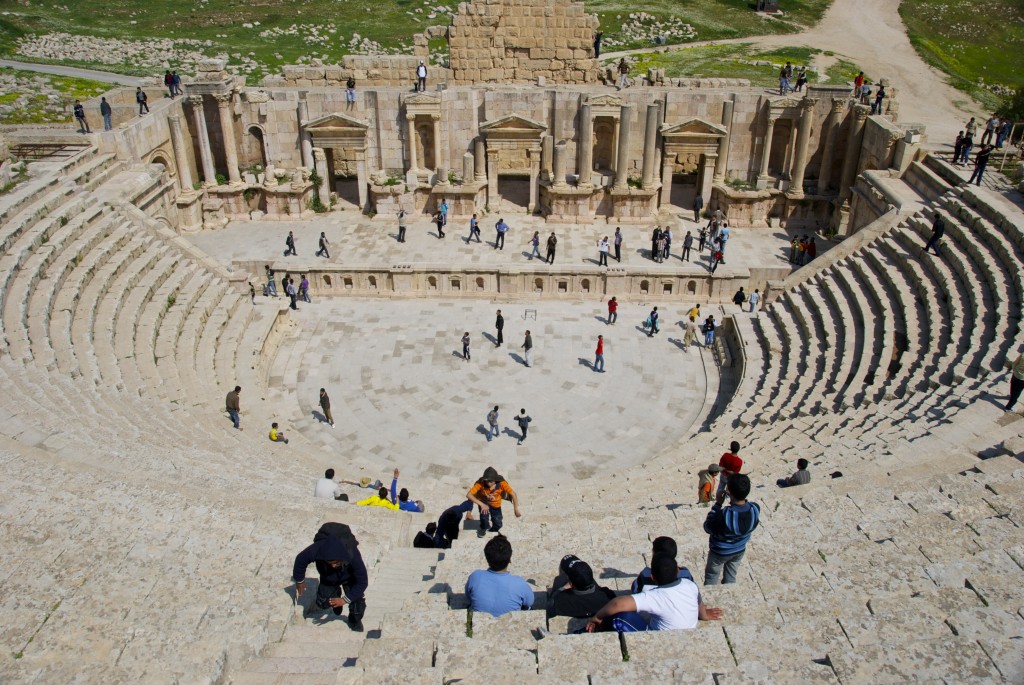 Jerash
Jerash on the other hand has an entire city that has grown up right around it. It is in the northern part of Jordan, reachable in a day trip from Amman, and it is an entirely different experience than Palmyra.

Here, the sense of the place you can get is much more of what the day to day activity would have been like. Jerash, unlike Palmyra or Baalbek, is usually fairly crowded with tourists, which imparts a bit of the sense of activity that it must have been like a few thousand years ago.

But the other difference here verses the other two locations is that the reconstruction effort has been more systematic here and as a result, it has much more a feel as an almost-real place. Here, although the people aren't setting up their markets on the main street, when the guide tells you that is where they would have done so, you can clearly imagine it. Or when you go to one of the two theaters, you can easily "see" people sitting there watching their show, then wandering down to the part of town where they would have gotten food for the evening.

These are but three of the great places to visit in the Middle East. It is a spot of the world that is close to my heart and I hope that the Arab Spring turns into a renewed bursting of interest in this part of the world.

Michael Hodson can be followed on Twitter here, on Facebook here, and on Google+ here. He blogs about overland travel at Go, See, Write.