I am fascinated by language. Without it, we would cease to be a civilized society. And if you've ever been to a football game, you know that too often we're uncivilized even with it. But what I find laughable is the belief that words are meaningless.

"Sticks and stones may break my bones but words will never hurt me."

"Words can't bring you down."

"I want actions, not words."

Think back to a moment in your life when you felt the most inspired -- or the most betrayed. I'd be willing to bet that the words involved played a pivotal role in making that moment memorable. Words shape us. Words motivate us. But they can also limit us.

There are certain words or phrases I try never to say to my sons. The list starts with "Be a man."

We've all heard it. Whether it was five seconds before jumping out of an airplane or prior to giving a critical presentation to co-workers. But what particularly piqued my interest was when I heard it on the playground, coming from a father to what had to be a 6-year-old boy.

It's not that the phrase is abusive, it's that the phrase is limiting -- and frankly, confusing for a small child. Be a man? What does that even mean? I'm 35 and sometimes I'm not even sure what it means. What is implied when the phrase is used, however, is to "toughen up." Not only is this completely befuddling to a child who hasn't the slightest idea what being a man means, but it indirectly suggests a woman can't be tough. And here's a little hint -- most women are incredibly tough. In most tangible ways, even tougher than men. So, I never tell my son to "be a man." Instead, I urge him to "be strong," or "be brave." Strength and bravery are gender neutral.

Telling a child to be something they aren't yet and have no concept of is a frivolous exercise. It goes hand in glove with the expression "big boys don't cry." Yes, they most certainly do. While I don't want my kid erupting in tears over not getting that Batmobile toy on a random Saturday, why would I burden him with a blanket statement that he should never cry over anything? That's the recipe for a 50-year-old man in therapy with emotions bottled up inside him like a volcano. Everyone cries. It's a normal, necessary release. And believe it or not, it helps a man become a stronger one than he would be otherwise.

You almost never hear anyone command a little girl to "be a woman." And they are rarely forbidden to cry (except for the "big" ones). Yet, boys are somehow expected to emerge from childhood as these emotionless bots whose physical and mental strength are their most essential assets. I'd prefer my sons maintained strong character above all else. If they react to stress or despair with tears, I refuse to make them feel like less of a male because of it. They will figure out what being a man means to them, apart from any senseless commands my wife or I force on them.

In February, we will welcome a daughter into our clan. And aside from the obvious joy my wife and I feel from having a daughter, I see this as tremendous opportunity to integrate my sons into the world of a female. My daughter will play ball with them, and I'm sure at some point they'll all do "girly things" like playing house and combing Barbie's hair. In doing so, my sons will gain an appreciation for the opposite sex, which will ultimately impact how they deal with women as they become adults. And we'll teach our sons to respect their sister, to offer her the same opportunity to throw a football as they would to the boy down the street. We anticipate that instilling respect and inclusiveness in our sons will make them them far more likely to become admirable men, without us ever having to tell them to be. 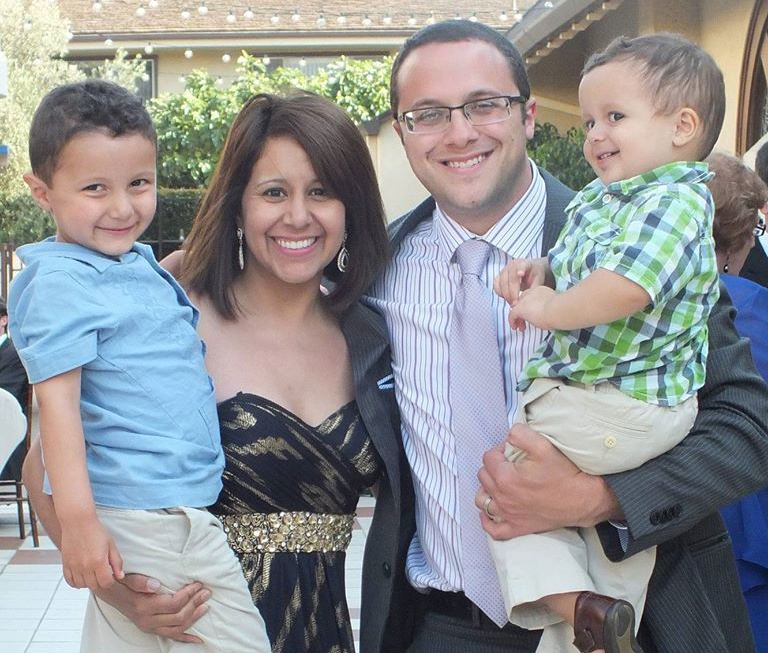 I know there will be some readers who see the headline of this blog and roll their eyes, assume I'm just another holier-than-thou writer who's trying to fix something that isn't broken. But think of an adult male you know. Then consider if he was told to "be a man" his entire life. Does he seem better balanced because of it? Or does he seem just a bit off, like a size 10 foot being uncomfortably pushed into a 9 ½ shoe? I think if we lifted a few pant legs, we'd be surprised at how often this outcome occurs.

Thanks for reading, and please join the conversation by adding a comment below or tweeting me.

Quotes About Fatherhood
More:
sexismParenting parents-dadsBatmanChildren
Newsletter Sign Up
Raise the kind of person you'd like to know
Subscribe to our parenting newsletter.
Successfully Subscribed!
Realness delivered to your inbox