I have heard it all about long-term breastfeeding.

"Stop nursing when he's old enough to ask for it."

"After a certain age, it's for the mom's benefit, not the child's."

"He's never going to be independent."

"As soon as he has teeth, you need to stop."

It can get MUCH nastier than that, too.

This post isn't an argument against any of those comments. I don't have the inclination or the energy to argue.

This is just about me and my son, right now, 2 1/4 years in, and what nursing means to us. 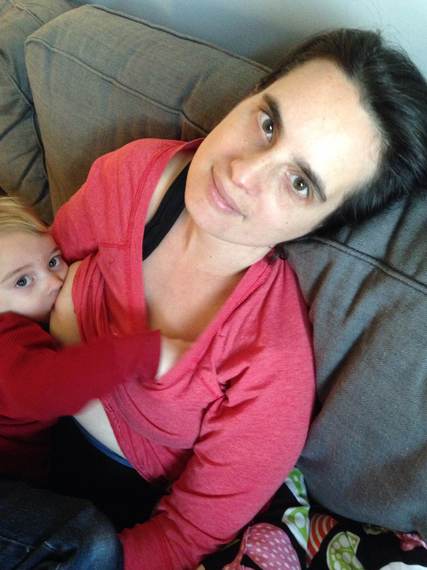 The other day, he hadn't nursed quite as much as he usually does and when he finally started nursing, my other breast leaked right through my shirt. That hadn't happened in many months, and it reminded me just how much nursing changes as you continue.

I'm not the leaky, milky mess I was when he was a newborn. My breasts are soft, flaccid. I can sleep on my belly now. I don't wear a nursing bra anymore. My body is becoming more and more my own.

Sometimes, he just wants to cuddle when he wakes up in the middle of the night. Sometimes, he wants a snack in the afternoon, instead of our usual nursing session in the armchair.

It may be a while before he fully weans, but in subtle ways, it is happening.

I am grateful for these moments we have together, nursing. And sad (a little heartbroken) to see them go. Here are the reasons I continue to nurse him. 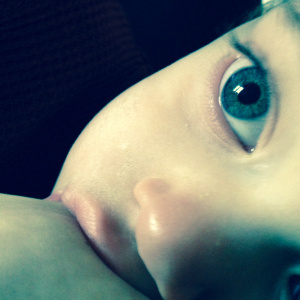 I nurse him because his big hazel eyes lock mine for 10 minutes on a dark rainy afternoon.

I nurse him because he is 2 years old and curls his soft, buttery body into my lap, then kicks his legs up to my face.

I nurse him because I nursed his brother and every day, his brother needs me less and less (and some days more and more) and I miss his small body curled into mine.

I nurse him because I used to watch my mother nurse my sister and she'd stroke my mother's neck and play with her necklace and life was slow and quiet then.

I nurse him because it reminds me to take a break and sit for a while.

I nurse him because he says, "Milkies, please," and I like that he calls it that -- his politeness is adorable.

I nurse him because oxytocin-joy spreads through my body as he nurses.

I nurse him because it allows us to linger in bed on weekend mornings and after his naps.

I nurse him because it's the easy way: easy to get him to sleep, to get him back to sleep, easy to stop a tantrum before it happens.

I nurse him because I want to and he wants to.

I nurse him because I know our time like this is short, his need for nursing temporary and outgrown in its own time.

I don't enjoy every second of nursing him; it would be strange if I did. In the middle of the night when he pulls on my lips and eyelids and keeps me wide awake when everyone else is sleeping, I want him off me NOW. But then he falls asleep and sighs and I smell his head that smells exactly like him and it's just the two of us breathing together in the cool wet night.

I don't think everyone needs to nurse their toddler, their preschooler, their child. But I do know it is normal to do so, that suckling is a biological need that began with nursing. I know that nursing past a certain age doesn't fit with everyone's image of mothering.

But this is what feels right to us, and many more mothers and children than you might expect.

And so, we nurse. 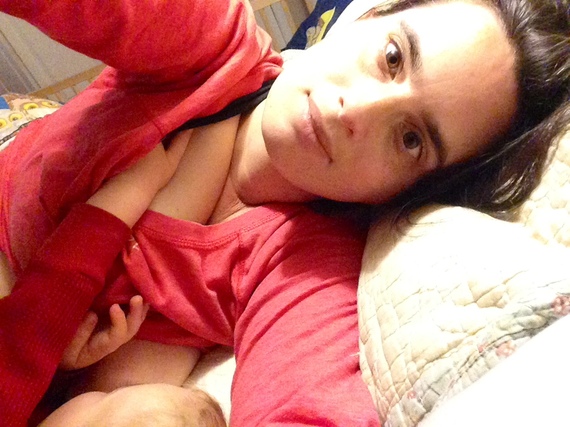 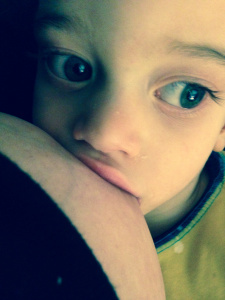 This is our normal, our reasons.

A version of this post originally appeared on wendywisner.com.