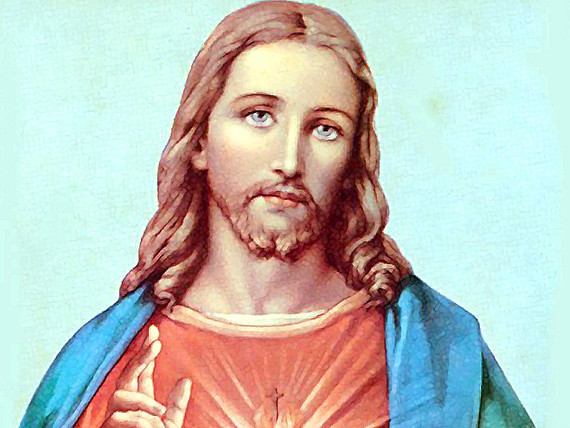 I pity Jesus because he was trying to deliver the same message a LOT of people are delivering nowadays: We are all--each and every one of us--divine. And the pathway to knowing this is through waking up to our deeper nature.

Jesus pointed towards the path of self-knowledge this way, saying, "I AM--the way, the truth, and the life. No one comes to the Father except through I AM."

Yes, yes, I know, that's not the way it reads in John 14:6 in the Bible. But I know doggone well Jesus didn't say "No one comes to the father except through me." Couldn't! Wouldn't!!!! Why? Because Jesus was beyond all sense of a personal self. He had seen through the illusion of individuality and shed his ego structure. He would never in a zillion years make such a limited, egocentric statement.

But the people who listened to him back then? That's a different story.

The unwashed masses had not shed their egos. And neither had his disciples. Thus nobody had the "ears to hear" his message--a situation that hasn't changed much since then.

The big difference now is spiritual teachers have tools to discuss the evolution of consciousness towards divine wholeness. Words like "ego" and "consciousness" didn't exist back in Jesus' day. He didn't have psychology and evolutionary theory backing him up. Didn't have quantum physicists saying "Yup. He's right. Everything really is one thing. You and your neighbor really are one."

Without the words and scientific backup, man, was Jesus out on a limb!

And without digital recorders there must have been a hell of a lot of head scratching going down around the campfire in Galilee 2000 years ago! I can hear the gang now, sitting around rehashing the day's events: "Did anybody catch that thing he said about being the way and the truth and ..." Andrew poked the fire with a stick. "What was it?"

"The way, the truth and the light," said Bartholomew helpfully.

"Would you get things straight for a change?" snapped, John. "He said 'I am the way and the truth and the life. No one comes to the Father except through me.'"

"He didn't say that last part," Mary reproved softly. He said "No one comes to the Father except through I AM."

"Yes, it does. Don't you recall what he was saying the other day about Moses and how God refers to Himself as I AM that I AM? That God is everywhere and everything and that He has no name and that..."

"Don't you have dishes to wash or something?" John interrupted rudely.

"She's right," said Thomas stoutly, smiling at Mary across the flames. "He clearly said 'No one comes to the Father except through I AM.'" Thomas jerked his head in the general direction of Jesus' tent. "I don't think he meant that he was the way. I think he meant we could only get to God by adopting that same way of looking at things as God does."

"Did anybody notice the first time he said 'I AM' that he paused before saying 'the way and the truth and the rest of it?" Andrew asked. "I think you're right Thomas. He wasn't talking about himself at all."

"Dogs! All of you to cast doubt upon our Master's divinity!" John spat, rising to his feet, ego bruised. And with that he strode away from the firelight into the darkness.

And in darkness we have dwelt ever since ... until now.

Now we've got the opportunity to figure things out! We've got the tools and knowledge and language to understand what enlightened beings like Jesus and Buddha were talking about! We've just got to lose the shackles of dogma and traditional interpretation, use a little modern lingo and science, put our thinking caps on, look in the mirror and deeply contemplate who we really are in light of their words and all the knowledge we now have at our fingertips to understand them.

And what we have yet to bring forth is our light. Religion has been so fixated on our darkness -- so stuck insisting on one being's divinity over everything and everyone else, we haven't been able to see it.

But that's changing big time. Here's to all those developing the eyes to see and the ears to hear.