You hear that phrase all the time. But in reality, the truth is:

Discovering your passion while earning a reasonable living is incredibly challenging.

When I was in high school, I never got good grades because I didn't know what I wanted to do afterward.

However, that changed when I took a marketing class during my Junior year. I fell in love with marketing and the challenge of figuring out what people want.

From then on, I worked really hard and got a 4.0 every semester because I needed to get my grades up in order to get into a good college.

I applied to SDSU and got rejected not once, but twice, and after appealing multiple times I was finally accepted into the business school.

In 2008, during my Junior year of college (20 years old), my parents' financial situation took a turn for the worst -- like many people's did during the Recession. And from then on, I was on my own and had to figure out how to financially support myself.

I called my parents and told them the situation I was in, and asked them if they could loan me $500 so that I could make rent at the end of the month. They explained to me that they were having their own challenges and that they couldn't afford to help me out.

I had two weeks to make rent and no steady stream of income.

I didn't sleep, and I was too embarrassed to tell anyone the situation I was in. I cried myself to sleep almost every night -- stressing out about all of the things that would happen if I didn't come up with money for rent.

What would my friends think of me?

What would happen to my credit?

Who could I fall back on?

I ended up selling almost everything I owned on Craigslist and took any short-term job I could find just to make it through the month.

At that point in my life, I set a monetary goal that I hoped to achieve by 25.

At the time, I thought that if I hit that goal I would be happy because I would never have to worry about money again.

I did everything that I could to make that goal happen. And while I was a couple of years off, I hit my goal at the age of 27.

While on paper it looked like I had everything going for me -- the title that I always wanted, a comfortable income, and financial stability -- I wasn't fulfilled with what I was doing on a daily basis.

I realized that for most of my life I was focused on the wrong things. My goals were about getting to a certain title and salary level, and to get there, I sacrificed what I truly cared about. 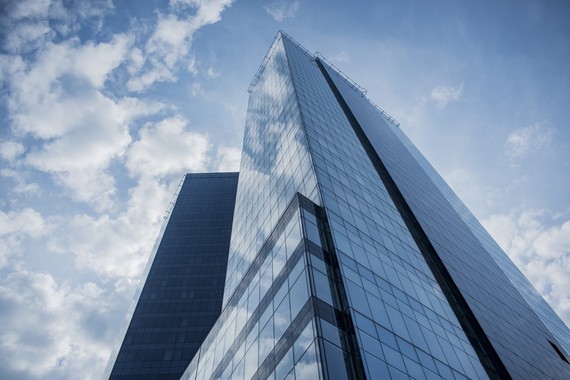 I had turned down dozens of job opportunities over the years that I would have loved doing on a daily basis because I didn't see how they would get me to the title and/or salary I wanted.

When I hit my goal, instead of being ecstatic like I should have been, I was the most unhappy I had been in my life.

For the last six months, I've taken a step back, trying to reassess my life and really figure out what would make me happy.

Instead of looking outwards for answers, I had to turn inwards and ask myself:

If I didn't have to worry about money, what would I do on a daily basis?

I had started a personal blog a little over a year ago and it was something that I really enjoyed doing. But I never pursued it fully.

The problem was that the thought of being broke again terrified me.

I always told myself that I needed a full-time job to support this hobby of mine because working on my hobby full-time was foolish.

I decided that the best option was to apply to a bunch of jobs at larger companies so that I could free up my time and work on a new side-project that I started.

However, in taking those interviews, I ended up spending most of the time talking about how passionate I was about this new website, and pulling examples from accomplishments I had with it.

During this process, I read a bunch of books on mindfulness --
The Surrender Experiment, The Power of Now, The Untethered Soul, and The Autobiography of a Yogi. These books helped me be conscious of things in my life that I wouldn't have picked up on before.

I made it to the final round of interviews for a few jobs and for one reason or another they kept falling through -- the timing wasn't right, they hired someone else for the role, or they said it sounded like I was more interested in my site than the role.

At that point, I realized that maybe the Universe was pushing me in another direction.

I switched my perspective from thinking that I needed a full-time job to fund this side-project to:

If this is what I want do be doing on a daily basis, how could I make it happen?

That's when it hit me.

Maybe I don't need to get another full-time job so that I can afford to pursue what I'm passionate about. What if there was another way?

I had reached out to Pieter Levels a little over a year ago to interview him on his 12 startups in 12 months project that he was doing all while traveling abroad. His story was inspiring.

While I knew that I couldn't afford to go all-in on my site living in San Francisco, I began thinking that if I traveled abroad, that my cost of living would be significantly lower (around $1200/month) and it would give me the runway I needed to get this site off the ground.

Today, I'm happy to announce that I quit my job to focus full-time on my site Grow and Convert.

The site teaches marketers and entrepreneurs how to do content marketing that gets ROI for their businesses -- all while we're trying to grow our site to 40,000 monthly readers in 6 months.

I'll be running Grow and Convert from abroad, and don't have a set date to return.

While I don't know if it's going to be successful, what I do know is that working on this on a daily basis is what truly makes me happy. 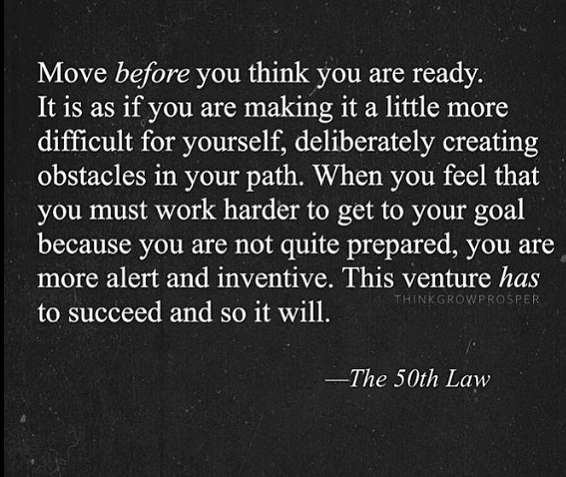 It's completely terrifying to leave a steady income to work on something that doesn't make any money at this point.

But, I'd rather take the risk of doing what I love and failing at it, than sitting at a monotonous job dreaming about what could've been.

The learning for me was that focusing on a monetary goal in life, isn't the key to happiness.

Money can definitely make life easier, but if you're not doing what you love every day, it's hard to be happy.

If I'm focused on what I love doing on a daily basis, I know the money will follow.

So many people can get caught up in "life."

Life revolves around work for so many people instead of work revolving around life.
Having that realization is why I had to quit my life.

In order to find your passion in work and life, sometimes, it just takes changing your mindset from 'I could never do this' to 'how could I make this happen?'

Co-Founder at Grow and Convert