Once upon a time, I was epically thin. Think runway model thin. I wore size zero jeans held up by a belt. Initially, my thinness evoked compliments about how great I looked. But as the weight melted off my five-foot, seven-inch frame, the compliments gave way to glances of pity and insults.

One afternoon, I was at my local gym after a day of college classes, excited to lift weights and let the stress of grad school give way to strength. A man walked by me, gave me a quick up-and-down glance, and said, "Eat a hamburger." I had more than one friend follow me into the bathroom between classes, later confessing that they were making sure I wasn't sneaking off to purge my afternoon snack. During my first semester of teaching college composition, I overheard a few students talking about me, one young man chuckling, "Does she ever eat?" 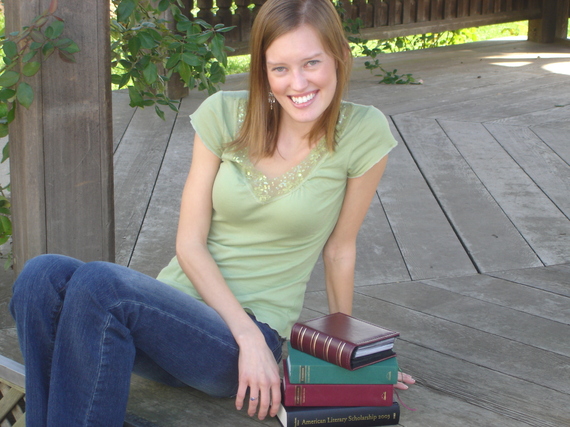 The truth was, I did eat. A lot. And I wasn't throwing up my meals. For a year and a half, my body was at war with itself. I had an unquenchable hunger and thirst, I felt incredibly weak, I was battling chronic sinus infections and extreme fatigue and eventually, I faced numbness in my legs and feet, bed wetting and depression. Despite visiting five different medical professionals, I was still sick without a diagnosis. My general practitioner sighed and declared me anorexic despite me swearing I was eating and drinking non-stop.

It was on a mild March day nine years ago when I took a turn for the worst. Unable to catch my breath and exhausted, I fell asleep on the couch for three hours. I awoke to a dozen missed calls from my husband. I called him back and told him I was struggling, and he told me he'd call an ambulance. I insisted it was probably nothing and told him I was going to take another nap.

An hour later, we were in the emergency room. I was shivering with cold, despite the five warm blankets the nurses had piled upon my small frame. I begged for another cup of water while enduring one blood draw after the next. One nurse proclaimed, "You smell sick."

Shortly after the last blood draw, a doctor burst into my room, wide-eyed at the clipboard cradled in his arm. "We know why you've been so sick," he declared. "Your blood sugar is 700, and your A1C is 16.9. You have juvenile diabetes."

Within minutes, I was being wheeled to the ICU and hooked up to monitors and an insulin and potassium drip. Every hour, the blood pressure cuff would squeeze my tiny arm and a nurse would test my blood sugar, each time looking at the meter and then trying to contain her shock when the reading appeared.

I learned later that I was near death when I arrived at the hospital. My A1C (an average of a person's blood sugars over a three month period) was not on any chart because the number was so high. My blood sugar level was seven times the normal number, and I was in a state called Diabetic Ketoacidosis (DKA) which is when the body becomes toxic, essentially turning on itself.

I spent five days in the hospital, learning how to inject insulin, count carbohydrate grams and check my blood sugar. My disease has no cure, only constant management. Type 1 diabetes is relentless. If I don't properly care for myself, the result can be blindness, amputation of limbs, kidney failure, heart problems, cancer.

I do not remember most of the year-and-a-half time period in which I went undiagnosed. During that time, I began and finished graduate school, taught eight college writing courses, bought a house with my husband and went on Disney vacation. I have photos of me holding my diploma, me standing in front of Cinderella's castle, me stretched out on the carpet of our empty and new living room. But much of these memories are a blur of insults, confusion and sadness.

Being the kind of thin that many women yearn for was devastating. The envious looks and admiring compliments I initially received and the satisfaction of purchasing a swimsuit sized extra-small isn't at all glorious, attractive or fulfilling. The season of my life when life almost left me was nothing short of devastating.

I have been living with my disease for nine years now. Since my diagnosis, my husband and I have adopted three children, of whom the oldest two are girls. Like my mother did for me, I have been diligent in monitoring the messages they receive by critically examining the media the kids are exposed to and the types of clothing we purchase for them. My girls, in particular, are vulnerable to soul-sucking, lie-feeding messages that attempt to teach them that they are unworthy of being satisfied and proud of their bodies.

I cannot protect my children from all possible health issues. Not every disease or disability, such as mine, is preventable. But I can enforce healthy choices, empowering my children with education and options. I can refuse to let the scale govern my self-esteem. I stand before my children in confidence and joy, relishing in moments when we splash in the pool, have wild dance parties in the kitchen and enjoy homemade soup that we spent the afternoon making together. I teach my children, every day, what a gift life is and how we can honor our bodies with the many things we say yes to and the many things we turn away from.

I know what it's like to be thin. And I know what's it's like to be alive. My secondmchance has given me the opportunity to teach my children that health, strength and happiness trump slipping into a pair of size zero jeans. 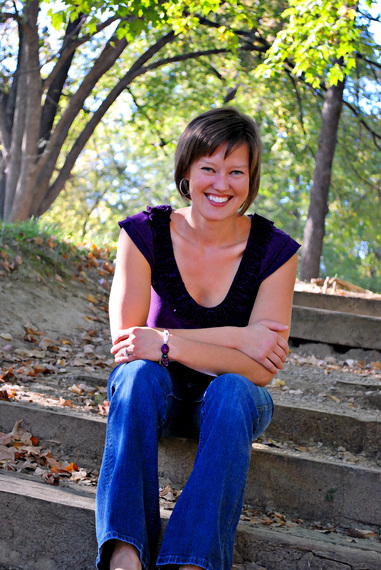