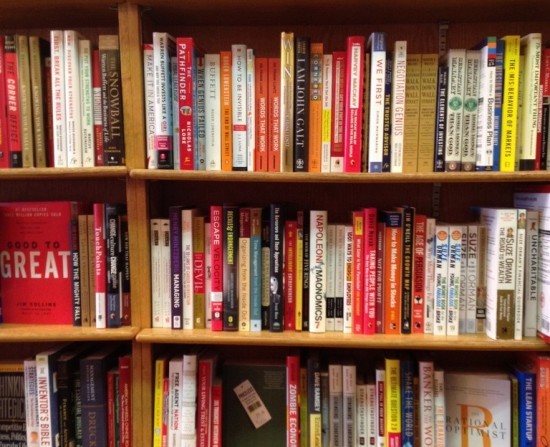 Everyone has heard the statistics of the dreaded Millennials. We are the most educated generation, but we suffer from higher unemployment rates than Generation X and Baby Boomers. This means we are competing with our parents and for some, even grandparents, for employment. But we shouldn't be, right? I mean we went to college and we went to graduate school and we studied our brains into exhaustion. We should be stepping over our elders and straight to successful careers!
Oh, things didn't end up that way for you? Weird.

At 18 years old I had zero motivation to go to college, but my dad said he would pay for me to go to a state university as long as I didn't fail out. Well that's easy enough, so off to college I went! After a semester of crying and missing my boyfriend, I pulled myself together and earned a B.A. in Political Science in just three years.

At the beginning of my final year of college I thought I was golden. I was about to graduate a year earlier than my friends, I had a good job at the student union, and no loan debt. At just 20 years old I was on my way to the real world, until everyone started talking about graduate school.

I hated being in school, I'd rather be working. Living at college was fun, but classes and schoolwork sucked - that's why I graduated early. Not because I'm some uber nerd who just loves to learn, but because I wanted to be done and start a career. So for me, going to MORE school was not going to happen. But then the pressure started. I began to hear, "Well what do you expect to do after college? A bachelor's degree doesn't mean anything anymore." After a while the pressure got to me and I said, "OK! I guess I'm going to grad school."

I spent a few months debating between going to school in Florida just miles from the beach or going to DC. The choice seems obvious, but as an aspiring politico I had to pick DC. And not just any school in DC, but THE George Washington University. I had been accepted into their Political Management program. The pamphlets and testimonials from alumni raved about the practical knowledge we would learn from this program and how much of an upper hand we would have with a degree in Political Management. Oh and the added bonus, you could pay for it with student loans and worry about the payments later when you had an amazing job.

My parents and my boyfriend dropped me off at my new home, a less than desirable Foggy Bottom townhouse, on the hottest day of 2011. I was miserable, but I again pulled myself together, made friends, and enjoyed being 21 in America's Capital. I landed a job as a nanny and I started classes. Much to my surprise, my program was easy. Not like, "I'm so smart that everything is easy" easy, but like, "Is this honestly costing me $40,000?" easy. We were pretty much a group of political geeks who talked about current events and then wrote papers on how Newt Gingrich could be more appealing to voters. Spoiler alert: it's impossible. Nevertheless, I was sure that it would all pay off in the end when I had my degree in hand.

After two years, I graduated, moved back to Pennsylvania, and then got married this past July. I planned to be unemployed for about a month until all the wedding excitement was over and then find a job by September. I took a less-than-part-time job working at the same car wash I worked at in high school just to make some cash while I searched for full time employment.

After five months, countless job applications, some interviews, and a few "we're interested to hear more about you" emails, I've learned that my master's degree has been more of a curse than a gift. Every employer says the same thing "Why do you want this job that in no way relates to your master's degree?" Um, because I need a job and it's slim pickings right now. I've even gone back and forth on taking my degree off of my resume and pretending it never happened.

So here I am, well educated, barely employed, and two weeks away from student loan payments that keep me up at night. My parents and my husband continue to be a great support system for me emotionally and financially, which I struggle with. As an adult with two degrees I never expected to be financially dependent, and it is an extremely powerless feeling. What I expected was that I would find a good job, enjoy a few childless years with my husband, then have a couple kids, and live happily ever after. Crazy dream, I know. And the longer my unemployment lasts, the more I have to push back my plans for the future.

The point is not to make anyone feel bad for me. I don't feel bad for myself, even during the holiday season filled with endless questions on my employment status and advice from well-meaning grandparents. Not all of my fellow graduates are in the same boat as me. Many of them are still living in DC and have jobs that they love, and I am happy for them! But if you ask, many of them will agree that their master's degree had little to do with their success. Many of them were lucky enough to land internships at the beginning of grad school that turned into full time jobs. And some of them are still interning or volunteering, even into their 30s.

If you are considering going to grad school, just take a minute. Take a breath, maybe explore the real world for a year or two. Do some research into what field you'd like a career in and see if you even need a master's degree, then decide if you're ready to take the leap.