In short, because cancer. 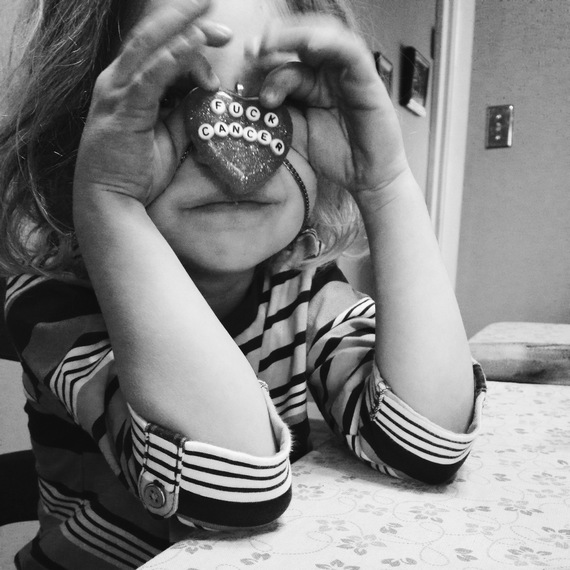 My sister-in-law, Gwen, was diagnosed with breast cancer at the age of 30 in December, 2011.

To my daughters, she is Aunt Gwen, and she is beloved beyond measure. For a time Aunt Gwen was the nanny for my oldest, Sadie, when she was a toddler.

But she fought. She did all the "right" things: surgery, chemo, radiation.

They told her she was as cancer-free as they were allowed to tell her.

And almost exactly two years after her original diagnosis, we got the scariest news of all: it was back, and it was metastatic.

On her blog, Gwen wrote, "... how do you continue living bravely through the end knowing that you will be the person who breaks your four-year-old niece's heart for the first time..."

I took my girls, then four and 10 months, to visit Gwen about a month after this second diagnosis. It was nearly impossible not to feel a looming sense of dread, mixed with a lot of anger and sadness. We did our best to show the kids a good time. Trips to the park, walking the dog, ice cream cone cupcakes. The works.

Sadie has always been into jewelry and all things sparkly. So of course, when she came across the sparkly, heart-shaped necklace, she asked to wear it.

Gwen and I exchanged a look, and Gwen donned Sadie with the necklace bearing the proclamation: Fuck Cancer.

Fuck cancer, indeed, I thought. How dare you try to take Aunt Gwen away from my girls?

Sure as sunshine, eventually Sadie asked what the necklace said.

We've always been straightforward about language in our house. Words are neither "good" nor "bad," but some words are for Grownups Only. (Somehow this has worked, and we are extremely lucky Sadie doesn't swear like a sailor. Jury is still out on Polly.)

"What does that mean?" she asked.

"The first word, fuck, is a grownup word. Cancer is the kind of sickness your Aunt Gwen has. The necklace says Fuck Cancer, because we are very angry that cancer is making Aunt Gwen sick again. We want the cancer to go away and leave her alone." 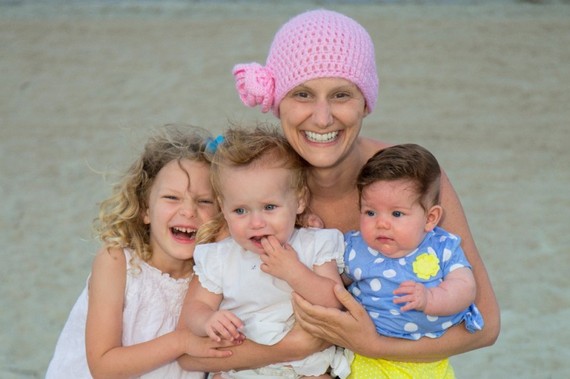 It's been nearly 18 months since that conversation, and it's been a real roller coaster for Gwen. Extremely hardcore chemo nearly took her down before she secured a spot in a trial for a new class of drugs called PARP inhibitors.

She was in a trial for BMN 673, and it was successful at shrinking existing cancer and preventing new growth. And her quality of life was better than any of the other courses of treatment she's tried since first being diagnosed in 2011.

That's because the drug is a match for the BRCA mutation Gwen has.

Unfortunately, Gwen was released from the trial, and the drug company, BioMarin, has declined her doctor's request for compassionate use.

So, while this drug works very well for Gwen, and her doctor would like her to be on this precise drug, she has to wait until it is on the market in order for her doctor to prescribe it.

In the time Gwen was off the drug, she lost every bit of ground gained by being on it. Cancer took hold again, and it was growing precariously close to vital systems, like her spinal cord.

There is a nearly identical drug already on the market. Lynparza is the first FDA approved PARP inhibitor.

Except, because Lynparza is currently only approved for ovarian cancer, and Gwen has breast cancer (the genetic mutation is responsible for both), Gwen's insurance will not cover a prescription for Lynparza.

Thanks to the generosity of many people, we have raised enough for three months of the drug. 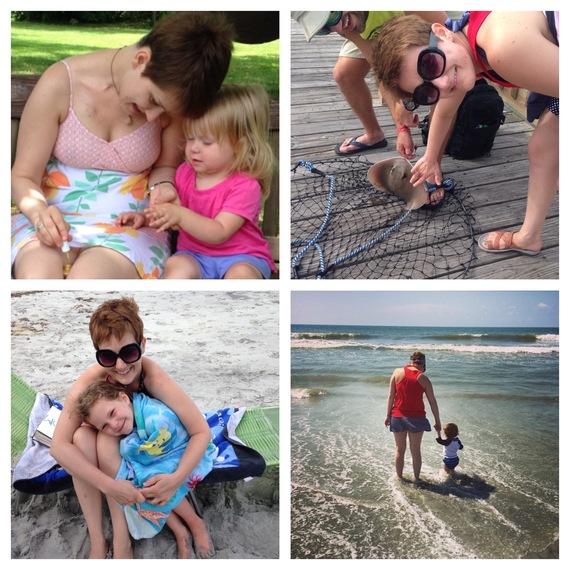 We had my husband tested and were relieved to learn he is negative for a BRCA mutation, which is great news for him (men with the mutation can develop breast and other cancers, though at a much lower risk than women). It also means our daughters are no more likely than I am to develop any of the related cancers.

If you suspect these cancers run in your family, I urge you to get tested. You can get a lot more information here.

Gwen's doctor recently wrote her a prescription for Lynparza, and we are cautiously optimistic. You're only allowed a certain amount of optimism when it comes to metastatic breast cancer.

Update: In a terrible, gut-wrenching turn of events, Gwen just received a phone call from the pharmacy saying her doctor was given the wrong quote originally. It's not $6,000 a month. It's $12,000. They will honor the original quote for one month, but no longer than that. We will continue fundraising and fighting this from all angles we can think of.