I don't do it for the money. So many students tell me, "I don't know what I want to do, but I want to make a lot of money." Well, the money won't mean much if there's no meaning in what you do.

I don't do it for the recognition. A lot of days, I only get recognized for being a taskmaster. My students have straight-out asked me, "If you have a master's degree from a great school, what are you doing teaching?"

Well, I'm happy to tell them (and you): I do it for the kids, and for myself. I have been given the precious gift of spending my days with teenagers. Yes, I said "the gift." I've lost count of how many times I've heard, "I could never do what you do," but I think that's only because people don't know what they are missing out on. You might see teenagers as sullen and defiant, skulking around the mall in clothes and piercings you don't approve of, but I look at them as bundles of potential just waiting to be released into the world.

There is no more significant time of growth and change and wonder than when you're a teenager. Think of all the firsts you discover in that time. Now imagine getting to partake of those firsts again and again, albeit vicariously. The thrilling highs and devastating lows of your first love, the victory of getting your driver's license, the satisfaction of earning your first paycheck, the drive toward independence and wanting to go it alone. I would never want to return to those years, but it renews me in a way to see them firsthand up close again and again. I get to go the prom and graduation every year. I get nervous on the first day of school, wondering what my classes will be like and excited for a fresh start.

The American historian Frederick Jackson Turner developed a "frontier thesis" that moving westward continually replenished democracy for the fledgling United States. I believe the same can be said for teaching: watching kids grow up renews my hope and optimism and belief that I can be whatever I want. Being with kids inspired me to write my first novel in my late 30s. When I told them I was going to be published, they clapped for me and told me they want to write books too. It inspires me to try harder every day with my own children to connect with them and understand them. It makes me feel gratitude for all of the teachers who spend more time with my children than I get to some days.

I am so thankful for the young people I work with; they are the toughest audience. Teenagers don't try to be polite about giving you their attention when they're really bored. They don't hesitate to tell you that what you say makes no sense to them. They are keeping it real for me. And for that, I thank them, because they make me try harder and not be content to be stagnant and set in my ways. I will always be on the edge of new technology and slang. Some of the best books I ever read were dog-eared copies handed around among students and then passed to me. Students challenge my beliefs every day on things I thought I was sure of.

People see teachers as selfless, but I am drinking from the fountain of youth. How could I not love my profession? 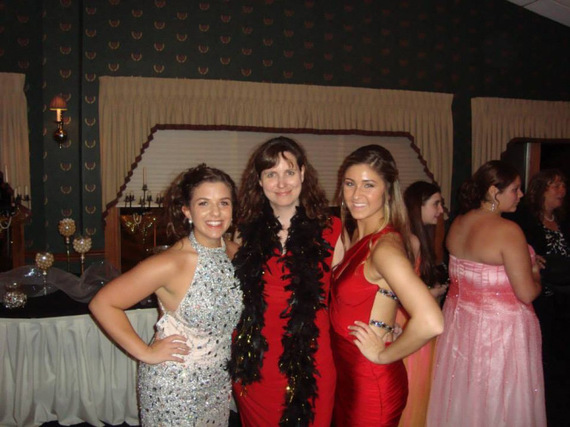