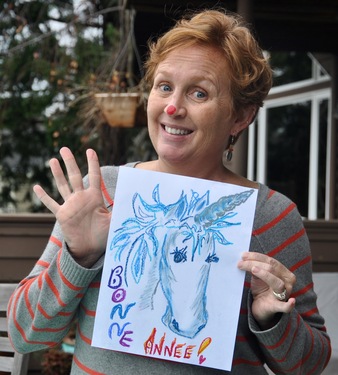 A playful picture I took for a friend in 2013, French for Happy New Year!

Another New Year, another chance to change bad habits, or change things we don't like. That's been the focus of each New Year for as long as I can remember. I used to buy into the idea of resolutions, and each year I'd search my life and commit to changing something that I thought needed changing: lose weight, study harder, volunteer, stop swearing (a losing battle every damned year), etc, were all things I vowed to do. Right after the holidays, losing weight was a recurring resolution-- a reflection of my own insecurities. And that right there is what stopped me cold, a couple of years ago. My New Year resolutions inevitably became New Year's failures, before spring, and the resolutions themselves were often a reflection of my own insecurities or issues with self.

My mother died five years ago, on New Years Eve morning. I had spent all but two days sitting with her in Hospice for three months, as she willed herself to die, having suffered with Huntington's Disease for many years. She let us all know that she didn't want to live, and I understood her wishes. Her life had become a constant series of falls, injuries, and a dissolving autonomy. So when she broke her elbow, I helped her get into hospice, and I spent every day for three months helping her reflect on her life, and let go. What was most striking was how she let so many insecurities and vanities slip away, as she grew smaller and more reflective. She no longer cared if her long, elegant nails were polished, or if her hair looked perfect. She most wanted to know, who loved her, who was there.

At the time, I didn't really see any connection to myself, other than this was my mother-- our relationship long, complicated, and challenging, and I was facing her imminent death. I was keenly aware that I had things to resolve; I also knew that I might never see some things worked out and tied up neatly. I had no illusions that some things would be left unfinished. I simply wanted to find grace; I wanted to help my mother feel peace, after a hard life. I crawled into bed with her most days. We watched shows from my childhood, that Mom found comfort in: Little House on the Prairie and The Waltons took me back in time, and allowed me to work on old feelings. They brought a sense of peace to Mom, and while she didn't say it, I imagine they reminded her of a time when we were little and things seemed less... long, complicated and challenging. 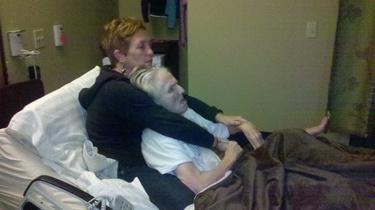 Watching someone you love die is not easy, but it can be very cathartic. Both Mom and I were able to say things we might not have said otherwise. We both let our guard down. She was grateful that I was there to advocate for her wishes, and reassure her about things; I was grateful for the many quiet moments we spent. It was autumn when she entered Hospice. I had two foreign exchange students, in addition to my own teen son to consider. The holidays then brought the usual crush of planning, and I felt torn between being with Mom and being home each day. But it all so brought life into keen focus. When Mom died before sunrise on New Year's Eve, the last thing on my mind was making resolutions.

And that's where resolutions faded away. In the months after my mother's death, so directly tied to New Years, I found myself really thinking about resolutions and all the times I'd made these annual promises, only to fall short, and consequently feel worse about my inability to change. Vowing to lose weight is a tall order for most of us; it's not so easy as simply wanting to change. When faced with health challenges, insecurities, or desires to be better people, many people see the New Year as a time to focus on those changes. Weight loss programs target the New Year, in ads that promise to help you be thinner, prettier and better overall. There's a universal focus on New Year's resolutions, and while I get the timing and concept, I no longer buy into it.

Perhaps it was my Mom's death-- which shook me out of my normal routines and forced me to look at a lot of things. I can't say that New Year's resolutions were a central focus, but I remember clearly thinking that I wasn't ready to commit to something, knowing that so many of those resolutions had fallen by the wayside. I had worked so hard for those three months: to be strong, clear and committed; I didn't feel motivated to do more. But there were still things I wanted to change. It was the approach I chose to change. 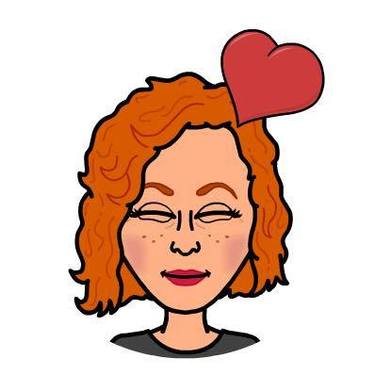 As friends began to talk about New Year's resolutions, as I read them online and all around me, that year, I realized that rather than make resolutions, I wanted to focus on intention. What intentions did I have, that I could put my energies toward? Could I simply notice the things I wanted to change, and gently put my intentions toward that change-- no deadlines or consequences? Could I be kind to myself, and not place unnecessary pressures on myself? That was the direction I focused on, and I found myself much more successful in bringing about change. Rather than make a resolution to work out daily, I set an intention to walk more, and be more active. It was for my overall health and my desire to change this area. I was gentle with myself; I kept my intention on change, but didn't chastise myself when my efforts weren't consistent. If I felt tired on a given day and didn't take a walk, or feed my 10,000 step Fitbit goal, I allowed myself to be ok with that. In gradually letting go of the pressure and deadlines, the intentions became things I could just surrender to. And I did better at following through.

Some people need the clear expectations of a New Year's resolution, to jumpstart change, and a New Year is a logical time to think about new things and goals. Making a promise helps a lot of people feel more committed to change. However, I've found that the endless cycle of promising change and then feeling disappointed in myself, only makes change harder and hasn't worked. They say that with age comes wisdom; I'm finding that my older self is less interested in being hard on myself. An intention allows me to focus on change, in a less punitive way. Intention is important. If you say you're going to quit smoking, lose weight, stop swearing, or whatever it is you want to change, simply because the calendar has rolled over to a new year, I believe you may set yourself up for failure. There's always a New Year to fall back on; there's always the joke of broken New Year's resolutions. Instead, think about why you want the change-- why does it have meaning to you, in a broader picture? Do you want to live a healthier life? Are you tired of not feeling good? Then focus on that intention, without judgment or anxiety. Focus on change for the sake of caring for yourself. Live with intention, and change is bound to happen. 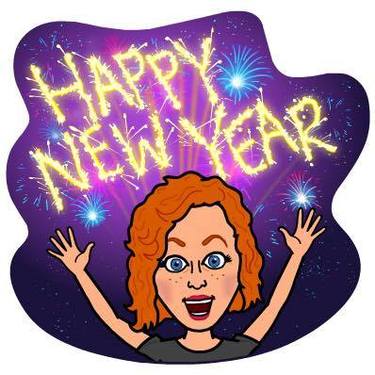 And this year, I made myself into an emoji.. thus driving my kids nuts forever!

Wishing each of you a happy, healthy and successful New Year, whatever your focus.

Do you make New Year's resolutions? Do they work? Share your thoughts in the comments.
Share/Like on FB; simple things make me happy! Become a "fan," with the icon next to my name, at the top. If you'd like to read more of my writing, check out my blog Tales From the Motherland, and Follow me on Twitter