I know this is probably going to upset a lot of people, and have no doubt that many will disagree, but the Philippines just wasn't what I thought it was going to be from MY standpoint as a solo female traveler. Don't get me wrong, the Philippines is definitely one of the most beautiful, affordable, and safe places I've been to on my own, but those things are kind of hard to enjoy when you're constantly being asked, "Are you alone?" or "Where's your boyfriend?" 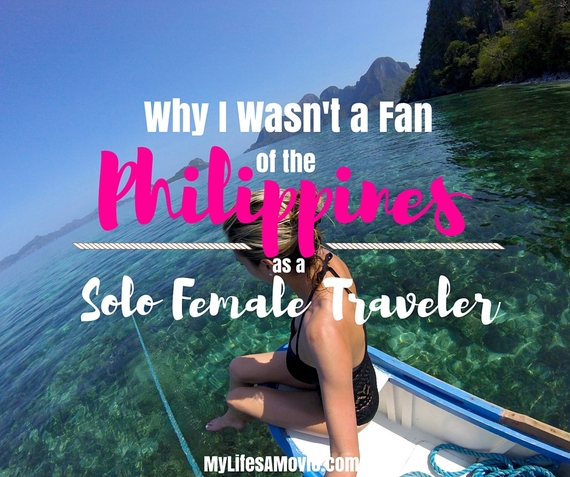 When I first told people that I was constantly asked "Are you alone?", their reactions were out of concern. I'll admit, there was some less-than-safe news going on while I was in the Philippines; like kidnappings of tourists, a beheading, and a heated government election, but as an experienced solo female traveler, I knew if I practiced my safety measures and precautions I'd be fine. And I was fine. I didn't feel unsafe at all, I just felt annoyed.

Here's the thing. I don't want to turn anyone off from going to the Philippines. I thought it was beautiful, and the people were beyond friendly, even if they did immediately question my relationship status and verbally publicize it. But I've been to a lot of countries alone, and the last one that perturbed me this much due to questions and judgements ended up with a wine-induced little rant I sarcastically called, Yes, I'm Pretty and I'm Traveling Alone.

Before anyone goes and gets in a huff about my word usage, just know that this isn't about looks. This is about being a woman, who is traveling alone, in an area where marriage and babies are still the primary goal and expectation of women before or around the age of 20. There's nothing wrong with that goal or expectation either. I respect every culture and do my best to learn and understand about them, but when I even get asked by little girls why I'm alone, it starts to get a little uncomfortable. 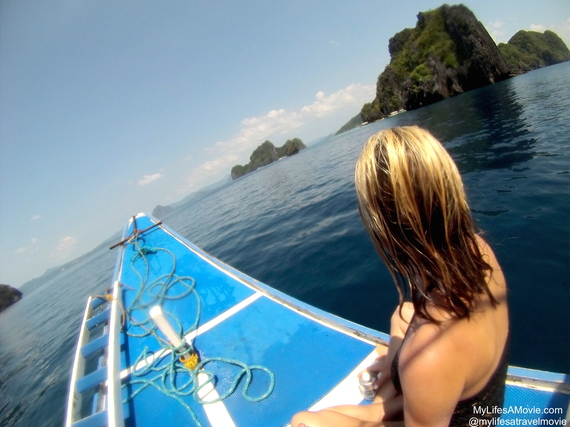 "Why are you always alone?" Said the little girl that helped work at the beach inn I was staying at in El Nido, as she crouched under my table to hide from the little boy who was chasing her. "Because I wanted to come here, so I did." Was the only somewhat simple response I could fathom. "Yeah, but you don't always have to do it alone." Said the ten, maybe twelve year old little girl, who was too cute and innocent for me to explain that these days, if a woman wants to go see the world, she can, and should.

But instead I just opted to tell her that my "boyfriend" was currently in Indonesia, and that I was there for work; an excuse that I found myself making more and more throughout the trip as I got sick of the looks of confusion when I would valiantly reply, "Yep! I am alone!" 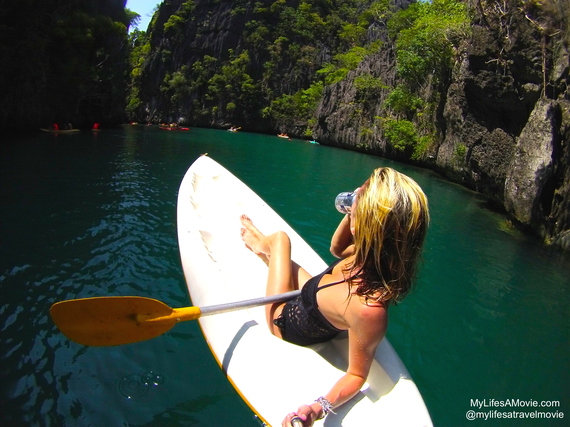 Valiance doesn't exactly feel so great when you realize people don't think what you're doing is normal or commendable, or God forbid puts you in a dangerous situation. Thinking back on it, I probably got asked if I was alone about twelve times in two weeks, and there's no reason at all why one of those people couldn't have been asking for malicious purposes. But I of course, refused to judge in an effort to prove that you can't always believe what you hear.

As much as I hate to admit it though, I did feel a smidge of a safety concern in a tourist-heavy area of the Philippines, that was initially recommend as a must-see beach. Alona Beach, which ironically, my autocorrect just immediately corrected to "Alone", was definitely a place where I didn't feel comfortable at all being alone. Like any touristy area, there were tons of people trying to sell things, but I felt like since I was alone, they followed me just a little bit more. Usually I can handle that, but in addition to the sales pitches, was also the question, "Are you alone?", and I really wasn't sure why they were asking.

The icing on the cake for my trip "alone", was when I went to go return the motorbike to the rental place in Bohol near the ferry terminal. The man I rented it from doubted me at first when he saw that it was going to be just me on the bike, but after I hoped on and took off with no problem, he actually applauded as I zipped off into traffic. I was all excited to pull up early to my return time without a scratch on the bike, and then head off as fast as possible to the ferry to get the heck out of there and onto my flight to Bali where I finally wouldn't be alone. But then another man had to go and say the one thing that would piss off any solo female traveler the most. 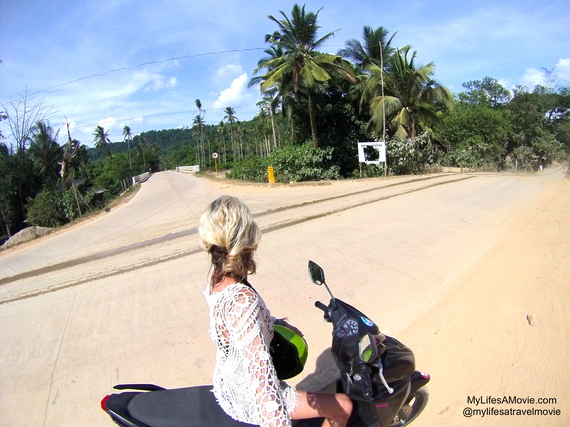 "You're alone?" He announced. "YEAH." I scoffed, hoping this would finally be the last time. But instead of the usual eyebrow raise, the smug, older man said, "Maybe I'll go with you to the beach next time then." I wanted to scream. Once again, I felt like I was being judged as someone who was looking for companionship or something just because I was a woman who chose to travel alone.

The rental guy shook his head apologetically as the smug man continued to laugh and make comments, until I couldn't take it anymore and finally said, "I never said I was single, I said I was traveling alone." To which, of course, his response was, "Oh ok, so where's your husband?" I've never rushed to an airport faster before in my life.

But, as I mentioned before, I understand that there are many cultural differences in the world, so as much as I felt personally frustrated because I wasn't expecting to be questioned so much, I still respected their views, and enjoyed the Philippines as much as possible. I also never let anything get to me too much, and constantly reminded myself of everything I've accomplished as a solo female traveler. 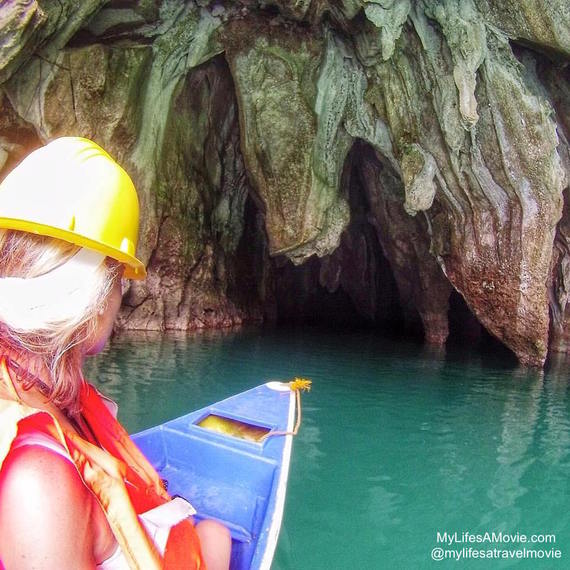 So now that I've explained why I wasn't a fan of the Philippines as a solo female traveler, I will say that I was a fan of the Philippines as a world traveler. I saw some of the most beautiful, incredible landscapes, and had a freaking blast figuring out how to ride a motorbike for the first time! The food was great and the drinks were cheap, and I even got to see a Natural World Wonder!